"It will be a great opportunity to see can this group perform at this level."

It goes to show the depth of talent on these shores that many are still cribbing about players excluded, with 37 players named in an Ireland squad, seven more on Lions duty and three senior players given the summer off.

Andy Farrell had been hoping to bring a smaller squad to Fiji, this summer, for a two-game spin but the Covid pandemic put paid to such plans. Instead, Ireland will play the USA and Japan, in July. The upside, for Farrell and a handful of lucky players, is he is able to select a bigger squad.

END_OF_DOCUMENT_TOKEN_TO_BE_REPLACED

Farrell named 37 players for the summer games, excused Johnny Sexton, Cian Healy and Keith Earls from duty and could not call on several others (Eric O'Sullivan, Gavin Thornbury, John Cooney, Ross Byrne and James Lowe) due to injuries.

With Andrew Porter also injured and seven other players off on Lions duty, one could be forgiven for thinking Farrell would be stretched for decent options. On the contrary, he has named a strong side and still left out the likes of Kieran Marmion, James Hume, Michael Lowry, Jack O'Donoghue, Luke McGrath, Jack Carty and Simon Zebo.

"First and foremost it’s an exciting squad," Farrell said. "We're after developing our game and developing the depth of the squad we've got.

"We've got a massive international calendar next year and we want to give people an opportunity to grab hold of a couple of weeks at the end of the season against a great side in Japan and USA. That’s going to be challenging for many newcomers.

"It’s exciting for lads who have been there and done that and who will step into a more senior role, hopefully, and see how they develop there. It’s nice to see some lads back who have been out of the system internationally for quite some time and its even nicer to see young lads or new lads come into the camp for the first time." 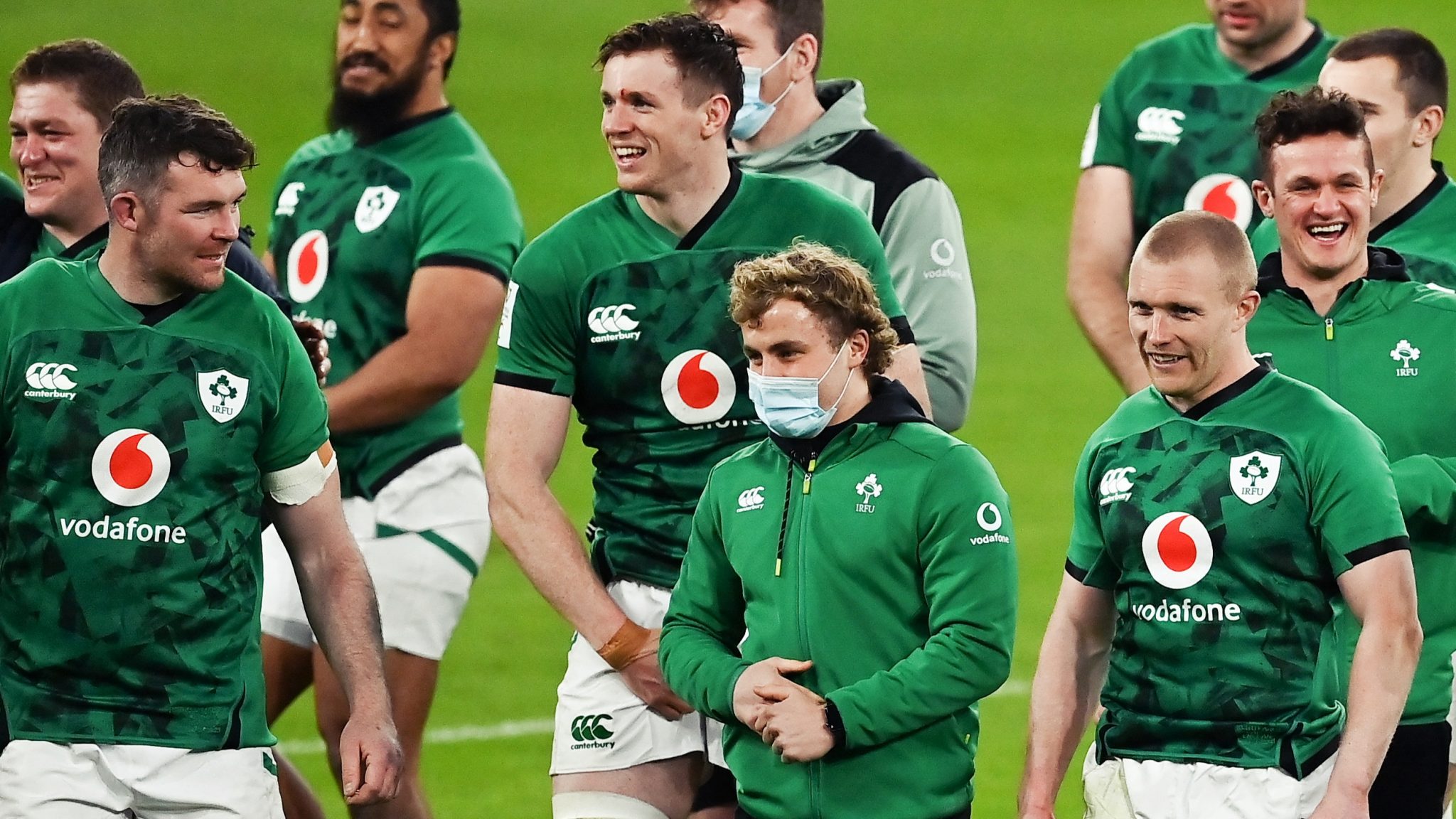 END_OF_DOCUMENT_TOKEN_TO_BE_REPLACED

Following the 2021 Six Nations, which saw Craig Casey and Ryan Baird emerge in the later rounds as viable senior squad options, we selected an exciting XV for whatever summer Tests Ireland could get over the line.

With Farrell's squad now released, we have revisited that team and made some changes. James Hume and Jimmy O'Brien are not in the squad, but Garry Ringrose is not on Lions duty so that sees our original midfield changed.

Will Connors went for surgery on his injured knee, in April, so Josh van der Flier - another that missed out on the Lions - gets the openside nod. James Ryan was left out of the Lions squad too, so he now captains our Ireland XV.

For the Connacht fans tempted to thump the table after seeing just one player in the match-day squad, bear with us until that July 10 game with the USA.


popular
The four stone-cold certainties for All-Stars even as early as this
"He's actually smiling putting the ball over the bar. He should nearly be fainting." - Ryall on Limerick's legacy
"The economy was one of the big reasons" - Cadogan's move from an electrician to personal training
Eamon McGee just couldn't help himself with Armagh-melee tweet
Gavin Coombes one of four Irish players to push themselves into Test picture
Full Ireland player ratings after Maori All Blacks teach us an early lesson
'Does not look too good' - Andy Farrell offers worrying injury update on Cian Healy and James Hume

You may also like
11 hours ago
Bundee Aki understandably emotional, as Ireland pay moving tribute to late Sean Wainui
13 hours ago
Full Ireland player ratings after Maori All Blacks teach us an early lesson
1 day ago
"We could lose all five games" - Darren Cave with a rare take on Ireland's chances
1 day ago
Mike Lowry and Peter O'Mahony in First Test contention as Ireland shuffle deck
1 day ago
"Significant" knee injury ends Iain Henderson's tour of New Zealand
1 day ago
Ireland include plenty of new faces in team to face Maori All Blacks
Next Page