It was far from a good opening half for Ireland - and even further than far, to be honest. Wales' try after 71 seconds and the sound of the Millennium Stadium pushing them home for their first Grand Slam since 2012 laid down a scary marker as to the real reality of what Ireland would face.

16-0, the scoreboard read after the opening period in a rain-ruined Cardiff but there was at least one call for optimism in an otherwise poor half for Ireland.

The talent of Tadhg Beirne and his exploits with Munster are no secret to even the less keen rugby fan and his ability to rip possession back for his team is something that should never be underestimated, so his lack of game time so far for Ireland has seemed a little harsh.

Well, he got the nod in the big one on the final day of the Six Nations and, alongside James Ryan, showed what he was about. 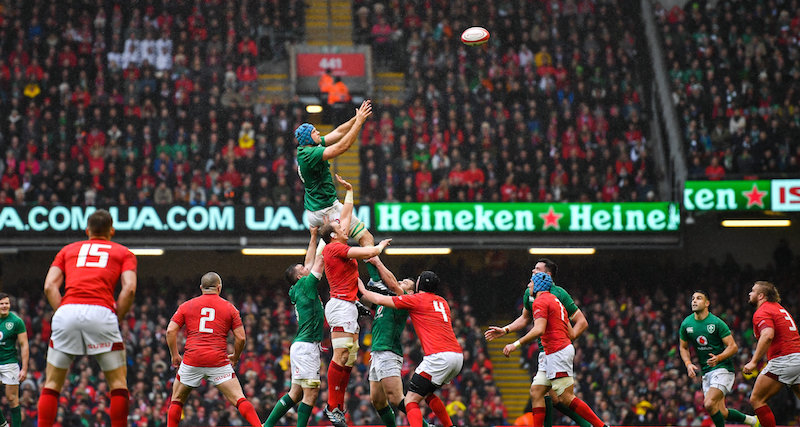 Safe hands from the lineout, zero missed tackles - with three successful ones in there - and an unbelievable turnover on the try line on poor Ken Owens when he showed clever, slick and aggressive hands to wrestle the ball back for the men in green summed up a huge 40 minutes for him but, unfortunately, he was on his own really in terms of positives from the team.

Back amongst the Scarlets, Beirne was an animal for Ireland and that turnover on Owens was nothing to be sniffed at.

And the Irish fans and journalists were impressed with him too. If nothing else was taking their fancy.

Tadhg Beirne doing what he does best -- HUGE turnover metres from his own line. Beast!

Tadhg Beirne need to be surrounded by more Scarlets. Brings out the best in him 👍👍 #WALvIRE


popular
QUIZ: Name every player that's scored three or more Premier League hat-tricks
The SportsJOE 12 o'clock quiz | Day 110
The SportsJOE 12 o'clock quiz | Day 109
'ROG was the kingpin... he just wanted to win, win, win' - Barry Murphy
"Some of the guys have put a lot into it" - Felipe Contepomi confident Leinster can start fast
What Leinster's strongest XV looks like when everyone is available
SportsJOE 2000s Football Quiz | Round 9
You may also like
3 months ago
Baz & Andrew's House of Rugby - Red card frenzy
4 months ago
Ireland v France postponed, Wales v Scotland still going ahead
4 months ago
The Ireland XV that should start against France
4 months ago
Scotland deliver knock-out blow to French Grand Slam
4 months ago
Manu Tuilagi sees red as England clinch Triple Crown
4 months ago
Saracens and England at odds over Mako Vunipola Coronavirus "precaution"
Next Page