"These kind of things go full circle after a while; something becomes cool again."

We are about a month into the cessation of all major sporting action and pleas from governments around the world for most of us to stay at home. While sport, for so long, seemed so vital and essential to our everyday life, many of the world's to sports stars are hold up in the homes too.

Will Addison is doing likewise, but he is also getting more than his share of fresh air an exercise on the Addison family farm back in England.

The Ulster and Ireland fullback joined in the latest episode of Baz & Andrew's House of Rugby and told Barry Murphy and Andrew Trimble about his rehab plans and how Ulster Rugby are ensuring their playing squad don't let their fitness slip too much over the extended break. 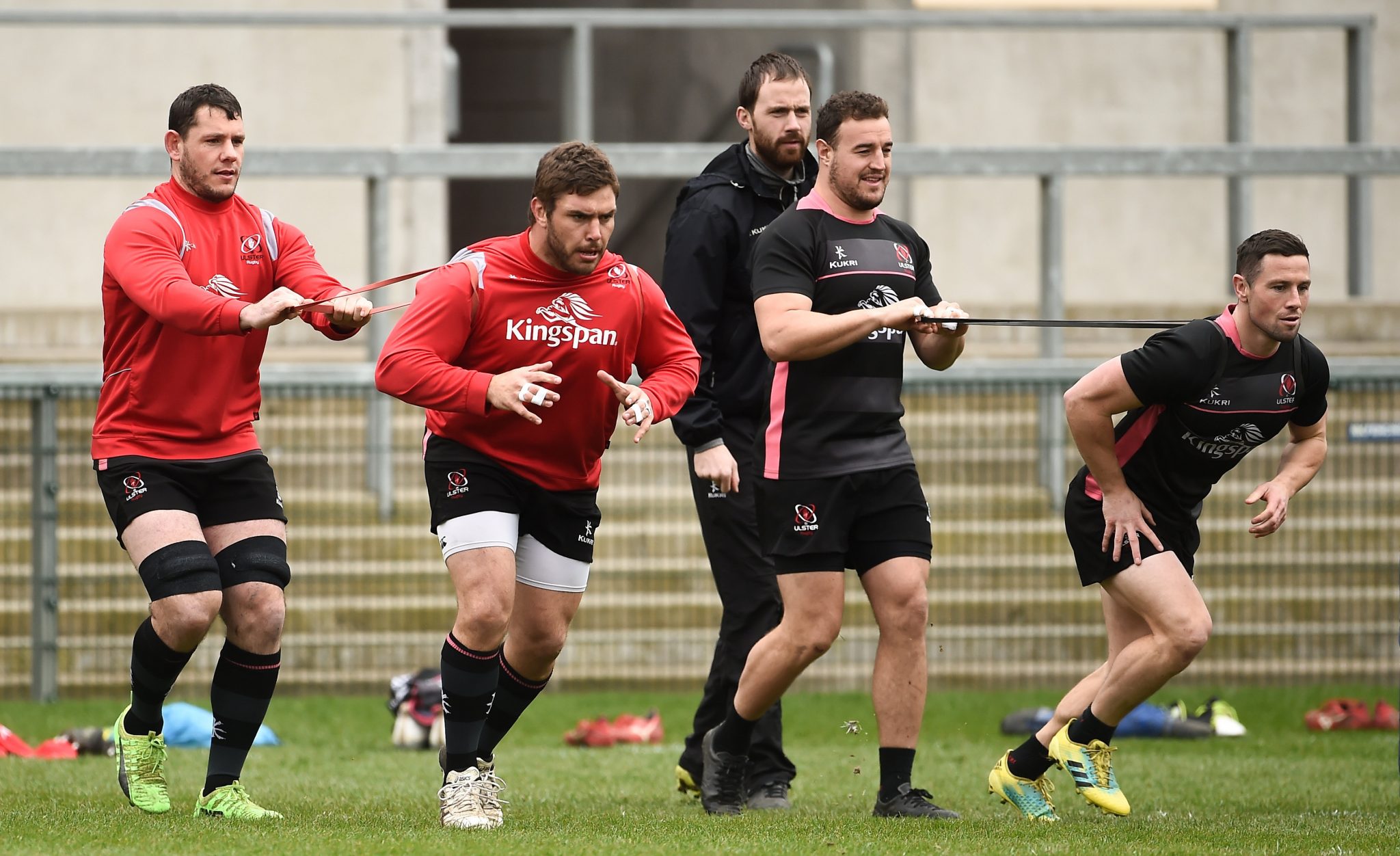 While Simon Zebo might be getting by, over in France, with kettle-bells, stretching bands and hill sprints, the Ulster Rugby strength & conditioning staff have been taking a holistic approach.

Initially, as Northern Ireland was taking a different approach to outdoor activities and social distancing in mid March, Ulster players were meeting up in groups of five to train together. All that has been knocked on the head now and players, although still checking in with each other as teams of five, are training solo.

Addison ad Trimble discussed how Ulster Rugby are staying on top of their wider squad:

ADDISON: Yeah, the lads have been really good. They’re using technology pretty well. We’ve got a bit of a catch-up every Monday. We’ve got mini groups and my rehab lead, Shane, has taken charge of my mini group. So have a catch up with him on a Monday. There’s the option for Pilates or yoga early in the morning if you want to do it. And then the lads - I’m not running at the moment - the rest of the lads have to do a ‘Bronco’ every Friday. So they’ve got GPS sent out, all that kind of stuff. I feel sorry for them.... They’ve got gym equipment and watt bikes knocking around. Everyone was pretty good for the lads to get a hold of gym equipment and they’re going pretty well.

ADDISON: Yeah, it is. I think we’ve gone back to that kind of prison rules of just doing press-ups and Broncos. That’s about all we can muster at the moment. So the lads are doing lengths of fields and wherever they can find, just pacing it out and then, yeah, the Broncos aren’t fun. What is it - 20 (metres sprint then) back, 40 back, 60 back, five times. Pretty tough. I think Shanners (Dave Shanahan) got 4:20, he said, the other day. But, yeah, I’m not too sure; we’ll see.

TRIMBLE: And they were all given GPS, weren’t they?

ADDISON: One of the lads posted them all through our letter-boxes around two or three weeks ago. So we’ve no room to hide, actually, in this quarantine time. So, tough for the lads but they’re digging in.

For anyone unfamiliar with Broncos, the Waikato Chiefs gave a glimpse (below) into the process a couple of seasons ago and it looks like tough going.

Leinster and Ireland prop Tadhg Furlong told us, in 2018, about how the province's Australian S&C coach Charlie Higgins brought the Bronco back to Irish rugby.

"It's a series of shuttle runs and I think it adds up to be 1.2 kilometres in the end. That's pretty miserable, to be honest with you. It's a bit about speed, accelerating, decelerating and being able to hold that over a period of time.

The average time for most rugby squads is between 4:40 and 4:55. All Blacks outhalf Beauden Barrett boasts a Kiwi record of 4 minutes and 14 seconds so Dave Shanahan claiming he has clocked 4:20 is good going. We'll need to see the GPS stats on that one.

Ulster and Ireland fullback Will Addison joins Barry Murphy and Andrew Trimble in the virtual House of Rugby studio to discuss farming, blisters and Friday broncos. The lads chat to rugby agent Dave McHugh and dip into the classics - R.E.M, Good Will Hunting and Munster vs. Sale.