The days of the beep test are over, but that doesn't mean the current crop of rugby stars are getting off lightly.

Getting back and forth between the lines as that dreaded 'BEEP' got closer and closer was the drill that often made or broke many an Irish rugby player. Jerry Flannery and Rory Best once, famously slogged it out, bleep after bleep, sprint after sprint, in the Australian heat on an end-of-season tour in 2008.

Best won the war of wills, and fitness, and did an extra couple of sprints after Flannery dropped out, as if to drive the point home.

END_OF_DOCUMENT_TOKEN_TO_BE_REPLACED

According to Tadhg Furlong, however, that test has now been replaced by something just as exacting and arduous.

The Leinster and Ireland prop told The Hard Yards [from 54:00 below] about what must be the toughest training drill in Ireland now - The Bronco.

"When I first came in," Furlong says, "we used to do something called '150s' out in Santry. They were miserable.

"It sort of changes over the years. We got into yo-yos [shuttle runs] for a while. Then we got into a 1-kilometre test at the start of pre-season. Now it's called The Bronco." 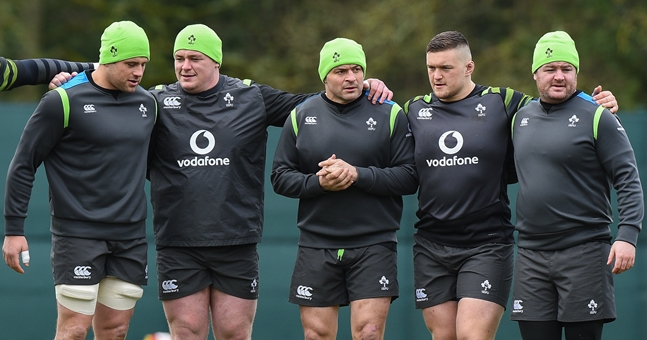 "A lot of the provinces now do it but Charlie Higgins, our strength an conditioning coach [at Leinster], brought it in from Australia.

"It's a series of shuttle runs and I think it adds up to be 1.2k in the end. That's pretty miserable, to be honest with you. It's a bit about speed, accelerating, decelerating and being able to hold that over a period of time.

"It's about being able to hold that speed and cover that distance as well."

Below is a short explainer of 'The Bronco' and below that again is how some of the Chiefs and All Blacks handled the drill when they returned for 2017 pre-season training.

Not easy, by any stretch.