Ireland XV that should start massive encounter with the All Blacks

"It's hard to look past any of those lads."

Andy Farrell's Ireland team are on a six-game winning streak and looked mightily impressive in their last four games when at full strength. There are reasons to be hopeful as New Zealand touch down in Dublin.

The last four encounters between the two sides have led to an even 2-2 split. Ireland beat the All Blacks in 2016 and 2018 but lost the most recent meeting, at the World Cup in 2019.

END_OF_DOCUMENT_TOKEN_TO_BE_REPLACED

To look ahead to Saturday's game at the Aviva Stadium, and to debate the strongest Ireland team to face New Zealand, House of Rugby URC drafted in a guy that has beaten the Kiwis twice - Devin Toner. The Leinster lock [LISTEN from 33:15 below] was adamant about some big team selection calls. 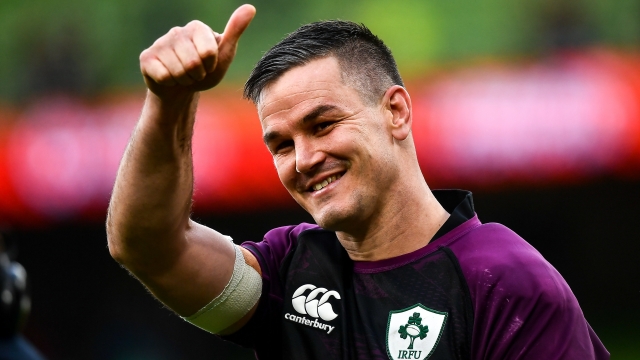 Jonathan Sexton of Ireland acknowledges supporters at the Aviva Stadium in Dublin. (Photo by David Fitzgerald/Sportsfile)

Devin Toner thinks there could be one change to Ireland team

"You look at the bench we had for that Japan game," Devin Toner says.

"You have lads like Iain Henderson, Peter O'Mahony, Cian Healy and Keith Earls there.

"They could all do a job, but the one change you might see is that Conor Murray might come in at No.9, which is hard on Jamison [Gibson-Park] as he played so well."

END_OF_DOCUMENT_TOKEN_TO_BE_REPLACED

Toner started the big Ireland wins over the All Blacks, in 2016 and 2018, and was sorely missed in 2019 when the Kiwis put on an exhibition in the World Cup quarter final. Nailing the set-piece, cutting errors to a bare minimum and playing to your strengths are all needed, he believes, to down New Zealand.

That is what makes him think Murray could get in at scrumhalf ahead of Gibson-Park. "Sometimes it helps a team, but it comes to the detriment of certain players when they're great off the bench," says Toner.

"He's done phenomenal work for us for Leinster. When it's between him and Luke McGrath, whichever comes off the bench really does bring that extra bit of something. He could do that again, at the 55- or 60-minute mark." 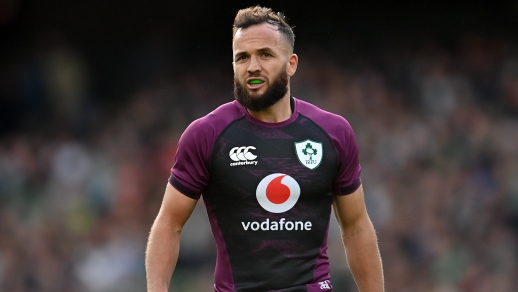 Jamison Gibson-Park of Ireland pictured during a match against Japan at the Aviva Stadium in Dublin. (Photo by Ramsey Cardy/Sportsfile)

END_OF_DOCUMENT_TOKEN_TO_BE_REPLACED

When it comes to the rest of the XV that started against Japan, and helped Ireland to a comprehensive 60-5 win, the Leinster lock feels Andy Farrell won't make too many changes.

He believes it would be "unfair" to drop either Andrew Conway or James Lowe after the wingers combined for over 180-metres gained and four tries against the Japanese.

To our mind, though, the big calls will be at loosehead [Cian Healy or Andrew Porter], hooker [Ronán Kelleher or Rob Herring] and on the wings.

We're going against Toner on the Gibson-Park call, and keeping Murray in reserve. In the front row, we are going for the younger models, with one eye on the next World Cup. And we're bringing in Jordan Larmour in place of Lowe, even though the latter did do very well against Japan.


popular
Nigel Owens on most annoying players to referee (three of them are Irish)
Six All Blacks but no Ireland players in world's top 20 list headed by Antoine Dupont
"I asked one question and lads slagged the arse off me!" - Johnny Sexton on Roy Keane chat
"Women's rugby deserves better and he's not the man for the job"
Seamus Coleman gives brilliant post-match interview after Everton beat Arsenal
Tadhg Furlong gets some love as 2021 'Best XV' debate sparked
"My thoughts were with him initially and that's why I got emotional" - Mulcahy still the man for Kilmallock

You may also like
1 day ago
"I asked one question and lads slagged the arse off me!" - Johnny Sexton on Roy Keane chat
3 days ago
Jordan Larmour enjoys satisfying bit of revenge on Mack Hansen
5 days ago
"A community club first and a rugby club second" - Creggs RFC making strides
6 days ago
Ronan Kelleher had his priorities straight after Ireland beat the All Blacks
1 week ago
"I've had stick my whole career" - Mike McCarthy on 'Plastic Paddy' jibes and singing the anthem
1 week ago
"Just brilliant" - Alex Goode backs Caelan Doris for 'Best Player' award
Next Page