Andrew Conway scored a hat-trick as Ireland ran in eight tries against Japan. Our Ireland ratings are full of big scores.

Ireland were given a few scares in their summer meeting with Japan, but there would be no repeat today. As soon as James Lowe coasted up the left wing to score, you got the sense this would be Ireland's day. That was strengthened when Andrew Conway finished off a wonderful attack in the right-hand corner. Johnny Sexton, earning his 100th Ireland cap, nailed both touchline conversions.

Conway grabbed his second when Jamison Gibson-Park put through an inviting grubber kick and the scrumhalf helped himself to a try of his own after Garry Ringrose turned defence into a attack with a turnover-winning tackle. 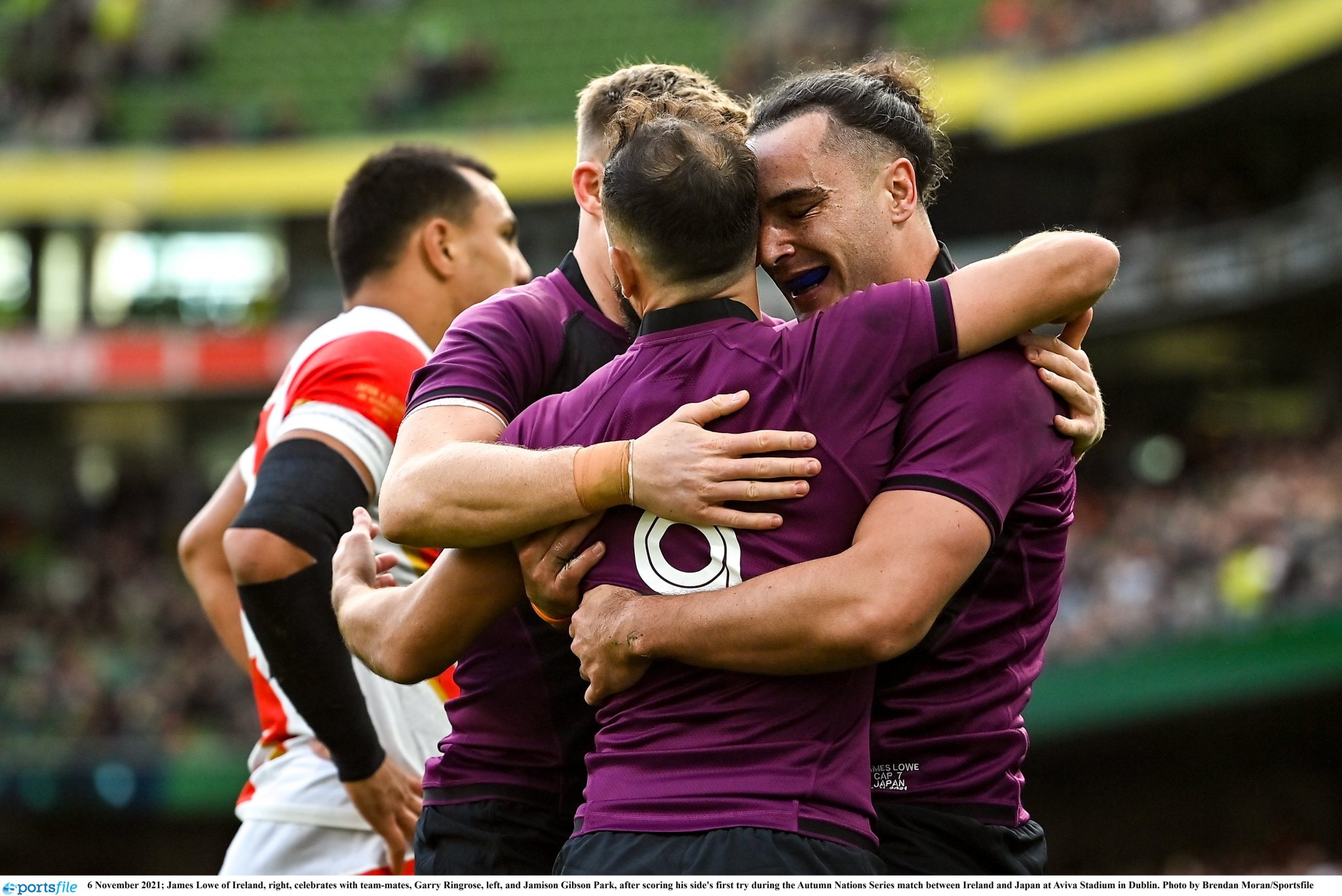 Ireland dished up more of the same in the opening 15 minutes of the second half, as Bundee Aki and Sexton - getting a standing ovation for it - crossed for tries.

END_OF_DOCUMENT_TOKEN_TO_BE_REPLACED

Japan answered back through Siosaia Fifita in the middle of a glut of changes from Andy Farrell, who was already thinking ahead to next Saturday's visit of New Zealand.

Ireland were looking to get the 50 points up, though, and finished on the attack. Garry Ringrose wriggled and stretched for a try that sub Joey Carbery converted to make it 48-5 heading into the final 10 minutes.

Conway got his hat-trick after chasing a kick up the right touchline and staying cool when the covering defender shelled the bouncing ball. The final try was scored under the sticks by another sub, Cian Healy.

Had the crowd gasping with a superb aerial take inside the Japan 22. Had his ribs rattled after getting a pass from Sexton over his head. Made a gem of a 50/22 kick, on 47 minutes, that lead to the Sexton try. 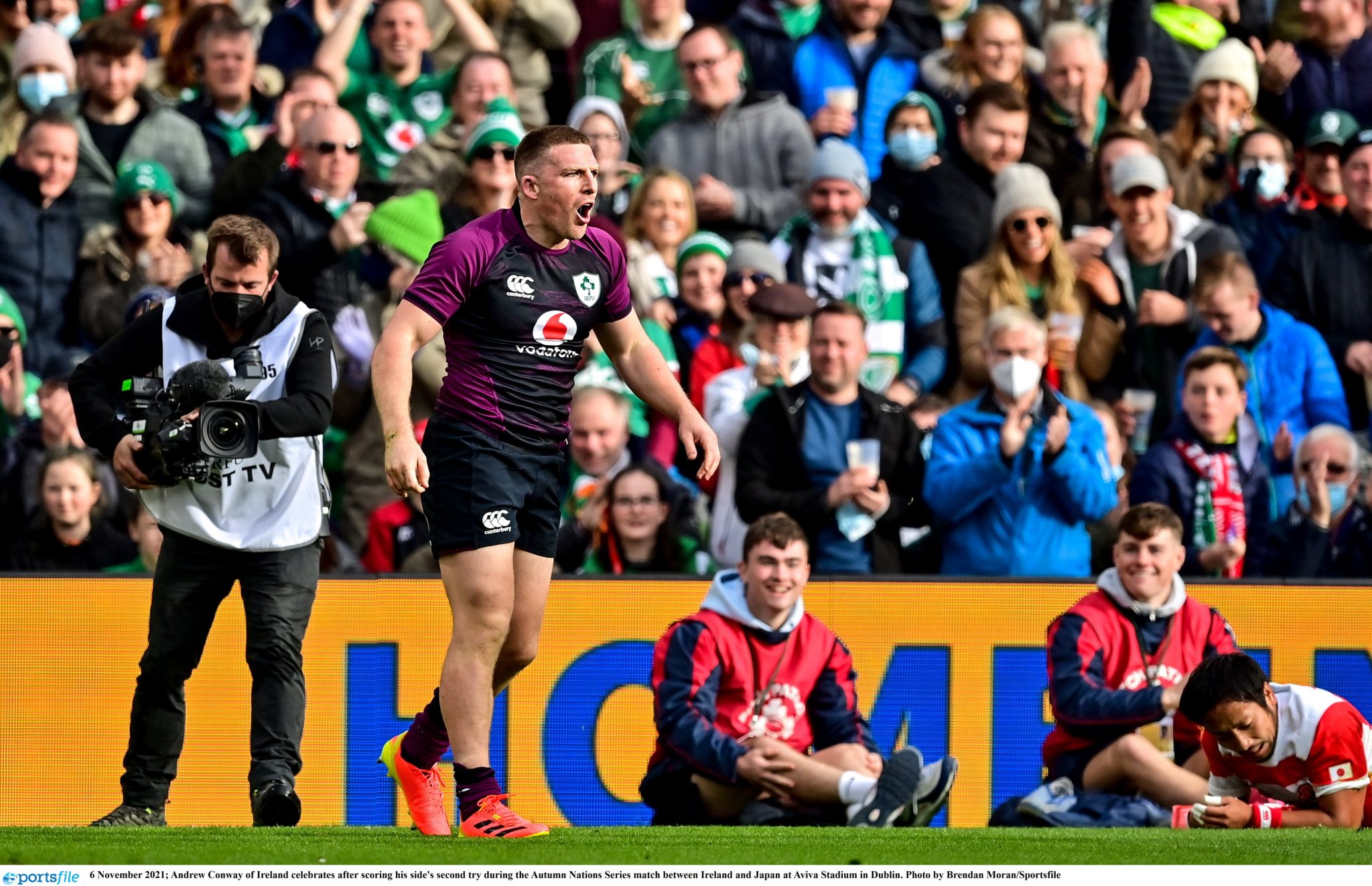 Some may have questioned why Andy Farrell had brought Conway back in from the cold, but he showed just why with one excellent kick-chase and two well-taken tries in the opening 20 minutes. Almost had a 25-minute hat-trick but the TMO went against him on a tight call. Was a bit quieter in the second half but his willingness to chase down everything paid off as he profited on a defensive mistake to get his hat-trick.

One crunching tackle, just inside the Japanese half drew the 'Ooooos' from the home fans and forced a turnover. Set up Gibson-Park for his try. Would have had one for himself but Porter couldn't get the final pass away. Stayed on for the full 80 and was rewarded with that try in the final stages after a stretch for the line.

Strong carry helped tee up the opening try. At it again with another good one in the lead-up to Conway's score in the opposite corner. Showed up on the right-wing to help himself to a try after a flowing team move. 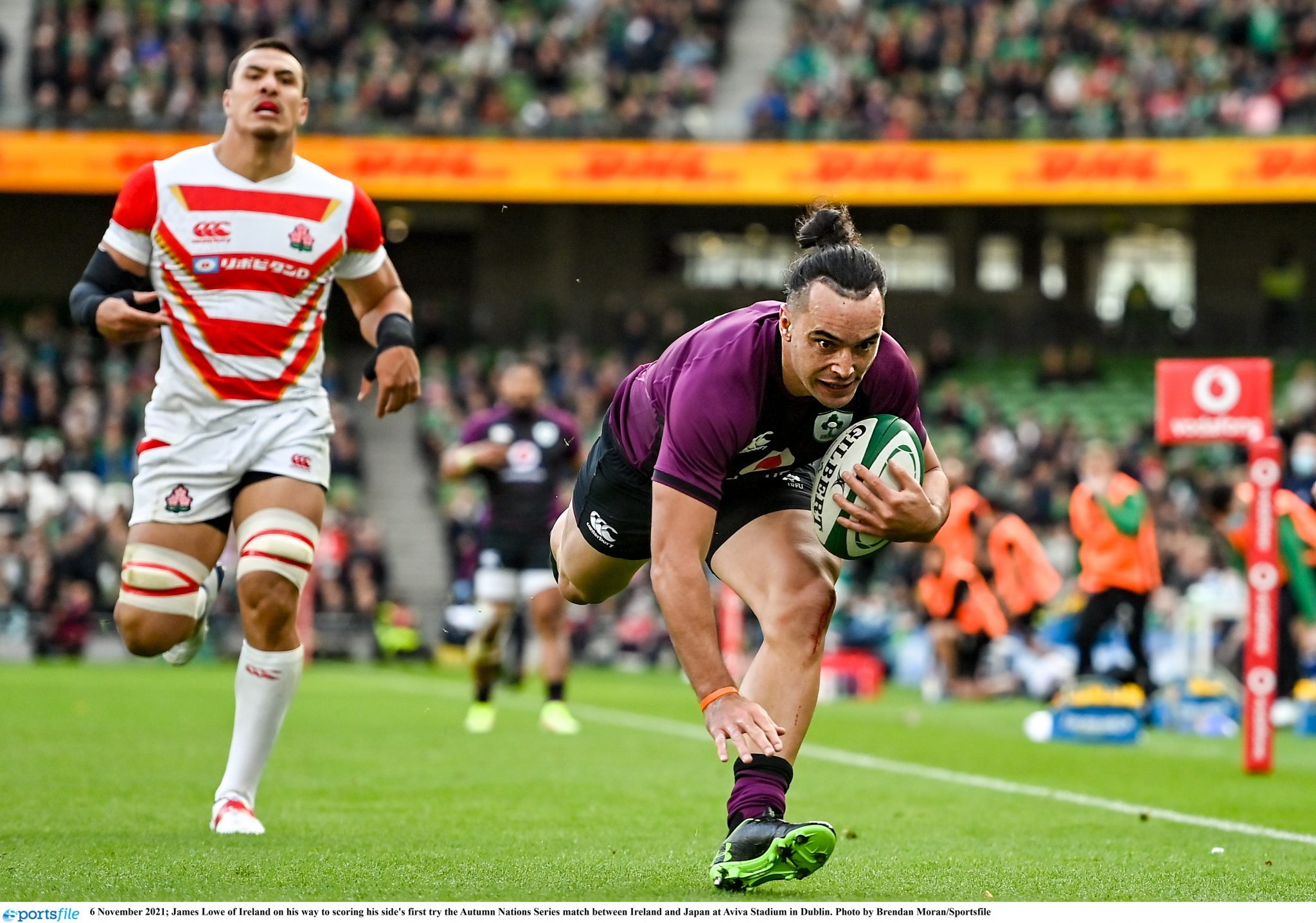 After injury struggles and defensive mishaps last season, Lowe was looking back to his best. Scored the opener and got away up the left to suck in bodies before the Conway try. Made one superb restart claim and came in off his wing for another lovely line break. Was humming as the first half progressed, with line breaks and offloads aplenty. Almost, almost had an intercept try but knocked on.

Nailed two of his opening three conversions from the touchline and was vital in that pace and purpose in the Irish backline. One grubber that gave Japan possession back was his only serious first half glitch. Put up a bomb that Hugo Keenan claimed inside the Japanese 22.

Peach of a grubber kick to serve Andrew Conway his try Guilty of one overly ambitious floated pass inside his 22 and he tried to get the ball out wide. Showed great intent to get over for his try.

Starting at loosehead after getting selected for the Lions as, primarily, a tighthead. One scrum went against him but looked otherwise strong. Made 11 carries and was a real attacking threat. Does Farrell stick with him against the Kiwis, or go back to Cian Healy?

Had a decent outing but his lineout throwing is still an area that needs improving. Very strong in the loose. Overthrew one lineout just after half-time but made up for it by finding Ryan with his next dart. Did so again after Keenan's 50/22 kick.

Made one bullocking carry for a five-metre gain, inside the Japan 22, with three defenders hanging off him. Solid as a rock.

Good carry in the build-up to Conway's score. Got up well to make a lineout steal, on 17 minutes.

Made a number of carries to get his team over the gainline and sunk in some lusty tackles. A decent hit-out ahead of a much bigger test against the All Blacks. Dependable jumper when Ireland had big lineouts. Supported Doris on a turnover, late on.

Put himself about the place well in what was only his third blindside start of the season. Came up with a lovely turnover with minutes remaining. 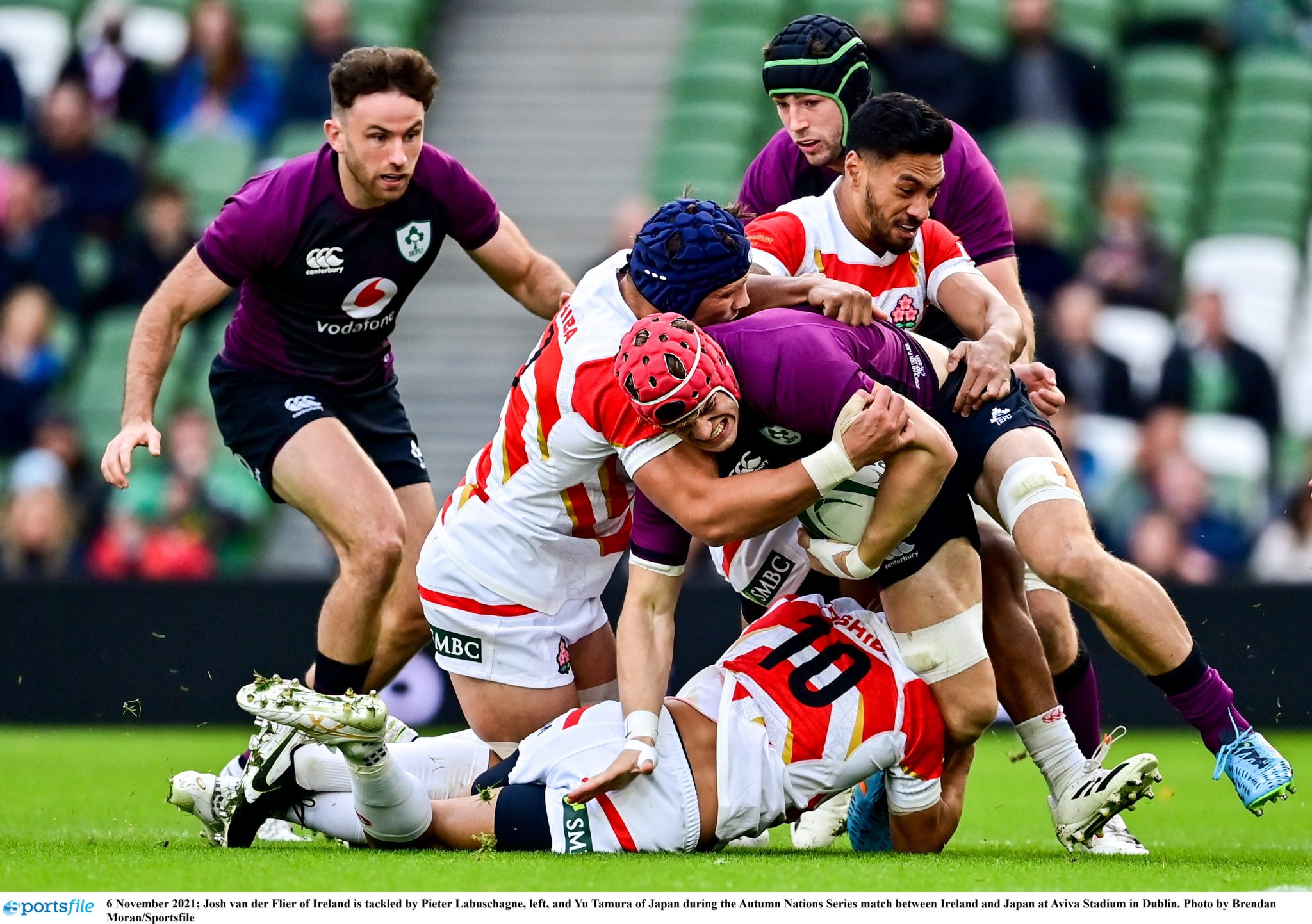 Enjoyed himself out there and made a couple of nice carries and passes to keep attacks alive. Was only required to make four tackles, such was Ireland's dominance. Should retain the jersey for the visit of New Zealand.

Taking that Lions form and confidence into his first Ireland outing back. Drew in his man and put Lowe away, then carried well before the Conway try. Was making support runs and keeping pace with the backline, looking to punish Japan. Another fine outing and the No.8 jersey is his for a while now. Kept going until the death.

Helped himself to a late try.

Landed some big tackles after coming on for his debut.

Penalised not long after coming on but was excellent thereafter. Sent a couple of Japanese players skittling.