Second row complications could tee up a fearsome Irish partnership

Out of adversity comes opportunity.

Benjamin Franklin - one of America's 'Founding Fathers' - passed away 81 years before the first ever recorded game of rugby, but his truisms and observations have sailed serenely on into the 21st century.

Out of the adversity of losing a top second row prospect, and future Lion in the making, Ryan Baird, Ireland head coach may yet strike upon a partnership that could do fearsome deeds for his side.

END_OF_DOCUMENT_TOKEN_TO_BE_REPLACED

In his first three games as head coach, since taking up the mantle, Farrell has selected James Ryan to start each time. He would have picked Iain Henderson on all three occasions but the Ulster captain picked up an injury, back in February, and missed the 24-12 loss to England.

Farrell named his Ireland squad for the remaining two games of the 2020 Guinness Six Nations, last Thursday, and it had a healthy look about it. 35 players were named and much of the talk was about the players - John Cooney, Ultan Dillane, Jordi Murphy, Devin Toner, Luke McGrath - that missed out.

And then, as they inevitably do, the injuries started to mount up. Jordan Larmour and Ryan Baird have now joined the likes of Tadhg Furlong, Keith Earls, Max Deegan and Dan Leavy on the sidelines.

The loss of Baird is not as seismic now as it may prove in years to come [should ill luck visit his doorstep again] but it may yet be keenly felt should Iain Henderson's red card against Ospreys be drawn out into a longer punishment. Henderson was sent off for a shoulder charge on Ospreys' Dan Evans. Should Wednesday turn to Thursday without official communiqué from World Rugby, though, Henderson should be cleared for Test action. (UPDATE: Henderson has received a 3-week ban) 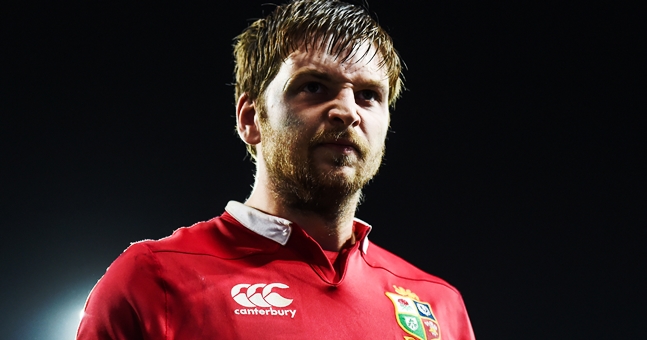 END_OF_DOCUMENT_TOKEN_TO_BE_REPLACED

Even if Henderson had been available, it would be very worth Farrell considering a change-up in his second row. Ryan starts in the No.5 jersey and has been in decent form since rugby's restart, but it would be great to see him paired with Tadhg Beirne for the Italy game.

Beirne missed the Six Nations action, earlier this year, and was only able to come back in the 2019/20 season because play was postponed by six months. He badly injured his ankle on the all-weather pitch at Saracens' Allianz Park, last December, and faced a long road back. Before rugby's restart, Beirne told us:

"I’ve had a bit of a tops-turvy few months, really because I came back from the World Cup with a bit of a problem with my adductor. It turned out that I had osteitis pubis (pelvic injury) so that’s a bit of a pain to try and get back from.

"But I was playing through it when, obviously, I did my ankle on top of it. So, between the two of them, it was difficult, at the start, to manage them. I was rehabbing the ankle while I was trying to rehab the adductor."

END_OF_DOCUMENT_TOKEN_TO_BE_REPLACED

The Kildare native has played four games since the professional game returned, in August, and his two outings in the 2020/21 season have been for the full 80 minutes. He has looked dangerous on opposition lineouts and has dipped in for his customary couple of breakdown turnovers in each game.

It would be great to see Farrell go with the James Ryan-Tadhg Beirne combination for the Italy game, on October 24, and give them a second crack of it against France, the following weekend.

Chatting with Gordon D'Arcy, earlier this week, the former Leinster and Ireland centre observed that Irish teams tend to do best, at Test level, when they focus on their strengths rather than trying to negate those of the opposition.

In years to come, the Baird-Ryan tandem may do some real damage but pairing James Ryan with a real ground-hog and a lock that likes to stretch his legs and get involved in attacks would pose some real problems for the likes of Italy, France and even England.