The Leinster star left the field of play after 48 minutes.

Ireland head coach Andy Farrell may have to do without Jordan Larmour for the 2020 Guinness Six Nations and the Autumn Nations after he sustained a bad injury against Benetton Treviso.

Larmour was injured, minutes into the second half, when executing a tackle. He slumped to the ground and was in obvious pain before play was stopped so he could receive treatment. 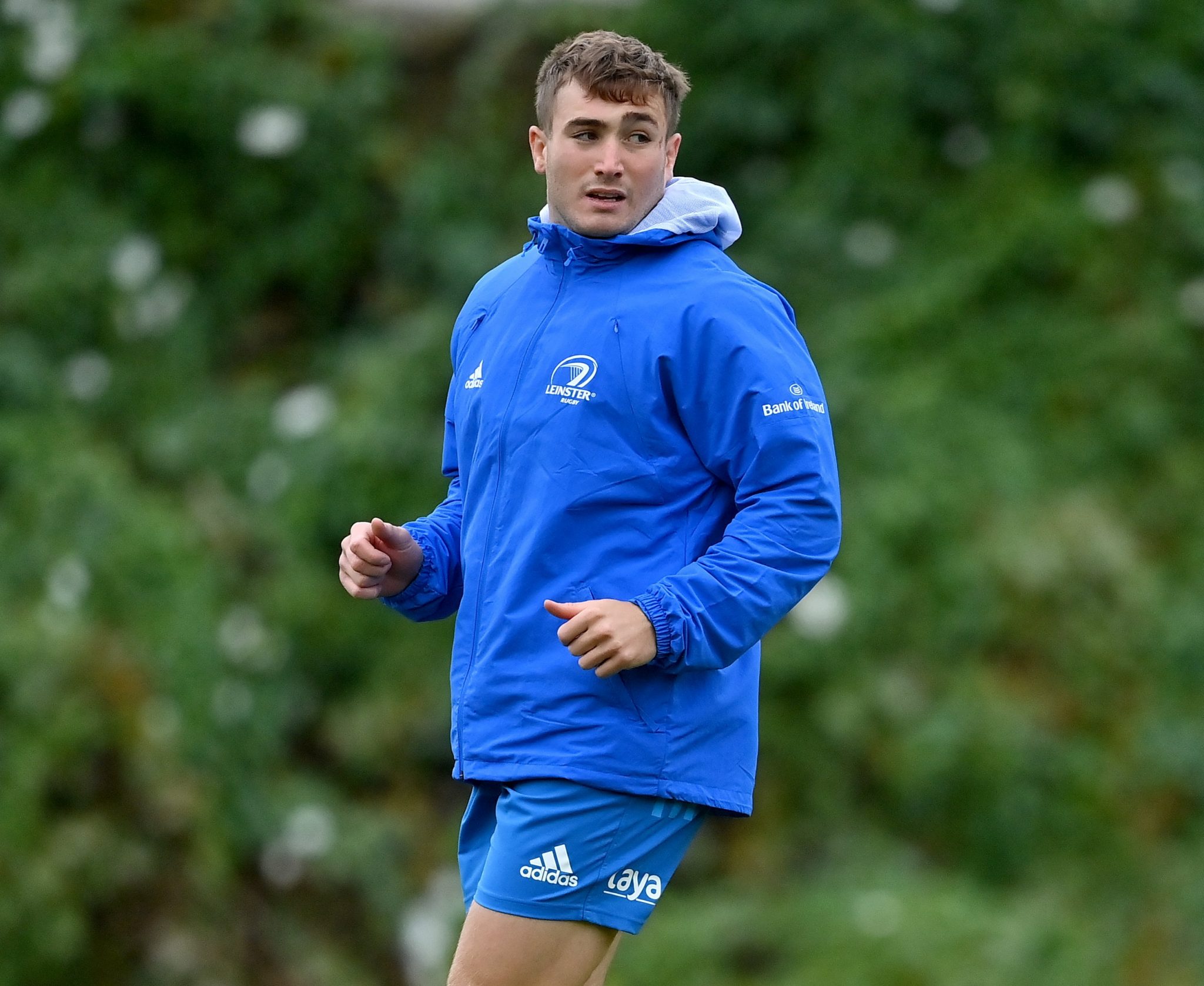 END_OF_DOCUMENT_TOKEN_TO_BE_REPLACED

The Leinster medics rushed on to assist the 23-year-old but it was immediately clear that he was in a bad way. Larmour grimaced as his arm was assessed and it looks to be a shoulder dislocation that ended his second outing of the season. He was replaced by Jimmy O'Brien for the final 30 minutes.

Larmour was named in Farrell's Ireland squad for the upcoming Six Nations games against Italy and France [on October 24 and 31] but he is unlikely to feature in either game.

Following the game, Leinster head coach Leo Cullen provided an update on Larmour. "He's taken a pretty heavy bang to his shoulder. We'll get him assessed. You could see he was in a fair bit of discomfort and stayed down for a while. Don't know the full extent of it yet, but we'll get him scanned and checked when we get back, and will see the extent of that then."

'Overall we're pleased - plenty of bits of the performance for us to improve upon.' 💪

END_OF_DOCUMENT_TOKEN_TO_BE_REPLACED

The 24-times capped international was favourite to retain the No.15 jersey for those games, but Farrell may now opt to give Munster's Andrew Conway that fullback role. The uncapped Hugo Keenan and Shane Daly are other fullback options, as is Ulster's Jacob Stockdale.

Larmour left the fray with Leinster leading 20-18 at Stadio di Mongio and engaged in another tough battle against the Italian outfit. They finished strong, however, and secured a tryscoring bonus point in the final quarter.


popular
Sean Dyche set to be named Everton manager after Marcelo Bielsa talks break down
Roy Keane flatly rejects longstanding perception of ex-Man United midfielder Paul Ince
Allianz National Football League Round 1: All the action and talking points
Conor McGregor hit by car ‘at full speed’ while cycling
Roy Keane leaves ITV pundits in stitches after Pep Guardiola's pre-match interview
"I don't like to fill my time that way" - O'Hora going his own way in an era of obsessives and covering all bases
Replay is not the answer for Glen-Kilmacud mess of epic proportions
You may also like
3 days ago
"He didn't give me that jersey back!" - Johnny Sexton on new rival Jack Crowley
5 days ago
Robbie Henshaw on his life-long friendship with Bundee Aki and Netflix documentaries
6 days ago
Munster get brutal Champions Cup draw as Leinster face Ulster in Last 16
1 week ago
“He's gonna be pi**ed when he hears this!” – Anthony Watson's Vegas trip with Tadhg Furlong
1 week ago
Kieran Treadwell the most unfortunate Ireland player to miss Six Nations call
1 week ago
Joey Carbery the biggest selection casualty as Andy Farrell gets ruthless
Next Page