"Every single exercise, you have to concentrate because there’s no getting it wrong."

As far back as 2012, Tadhg Beirne was earmarked as a long-term solution for the Leinster second row. The Kildare native made nine Ireland U20 appearances, that year, and was part of a talented bunch that included Jack Conan, Josh van der Flier, Iain Henderson and Tadhg Furlong.

With JJ Hanrahan as their attacking talisman, Ireland beat South Africa and Italy in the pool stages but a 20-15 loss to England saw them miss out on the semis. They avenged that loss to England, later in the tournament, and beat France to finished 5th overall. This was a squad of young men to track closely.

Beirne linked up with his Leinster colleagues back in their academy but a pelvic injury saw him lose the guts of a year of his fledgling career. Every time he attempted a comeback from his pelvic injury, he set himself back further. A few years later, and with just four senior appearances for his home province, Leo Cullen advised him to seek another club.

The versatile forward revived his career in Wales, with Llanelli Scarlets, and was signed up by Munster in 2018. He has 13 Ireland caps now and Munster fans had quickly taken to him. The province can field a strong XV but squad depth has caught them out in recent seasons. That is why Beirne was so gutted to miss a chunk of the 2019/20 season after he fractured his ankle in a European Cup game against Saracens.

During his chat with Andrew Trimble and Barry Murphy, on the latest episode of Baz & Andrew's House of Rugby, Beirne revealed that he had to recover from two brutally tough injuries over the past five months. 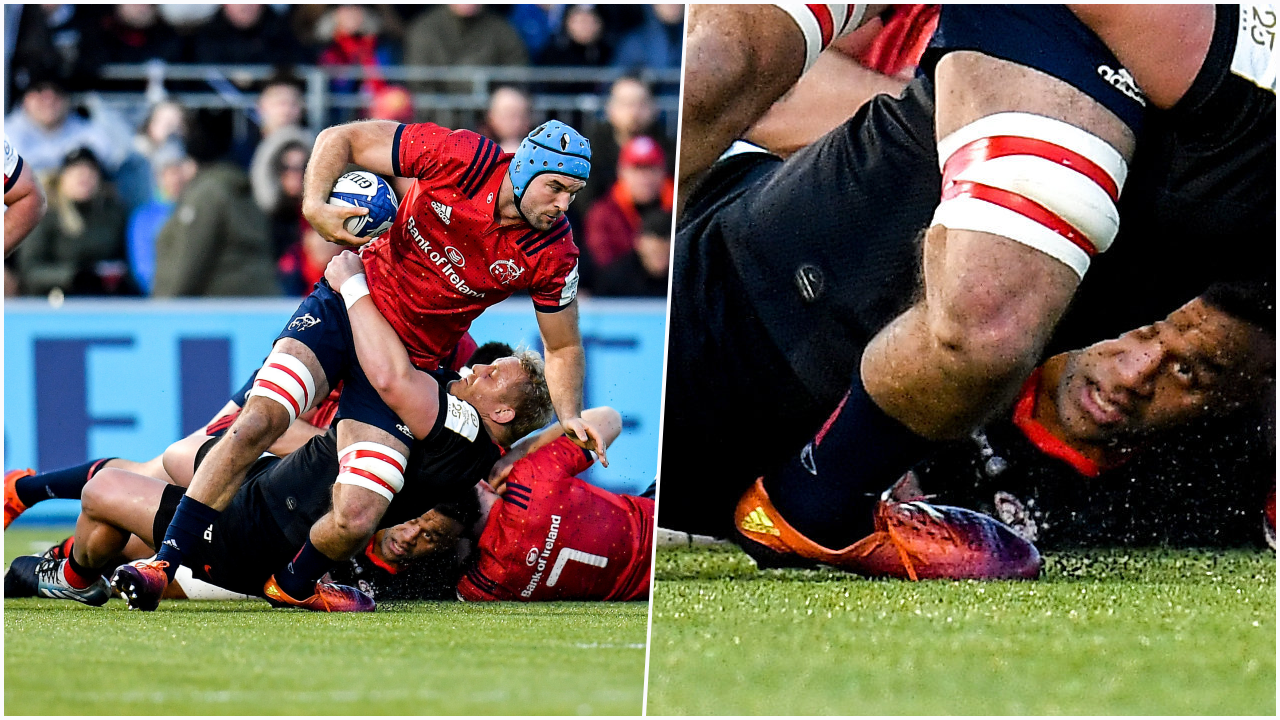 During the stay-at-home period of the Covid-19 pandemic, Beirne has been rehabbing and training at his place and has set up a gym out his back garden.

He has been staying in touch with the Munster medical team over video calls and following the programmes they have set for him. A few months back, before the true scale of the Covid-19 outbreak would be reckoned with, Munster had pencilled in the final day of the regular Guinness PRO14 season as the date for Beirne's comeback game. In a way, the break in the rugby season has afforded him extra time to heal up. He says:

"I’ve had a bit of a tops-turvy few months, really because I came back from the World Cup with a bit of a problem with my adductor. It turned out that I had osteitis pubis (pelvic injury) so that’s a bit of a pain to try and get back from.

"But I was playing through it when, obviously, I did my ankle on top of it. So, between the two of them, it was difficult, at the start, to manage them. I was rehabbing the ankle while I was trying to rehab the adductor.

"For the last two weeks now, I’ve probably had my best two weeks in a good while. I’m kind of starting to see a bit of light at the end of the tunnel. Obviously, with isolation and all that, it causes a bit of difficulty in that. But I think we’ve managed it pretty well.

"Ray (McGinley) is looking after me and we’ve had a few video chats, and stuff like that. We’ve got clearance there in U.L to use the pitch so we’ve been able to go up there and they’ve been able to watch over me and make sure I’m doing everything correctly. From that point of view, I’m definitely in a better frame of mind, the last two weeks, than I have been before." 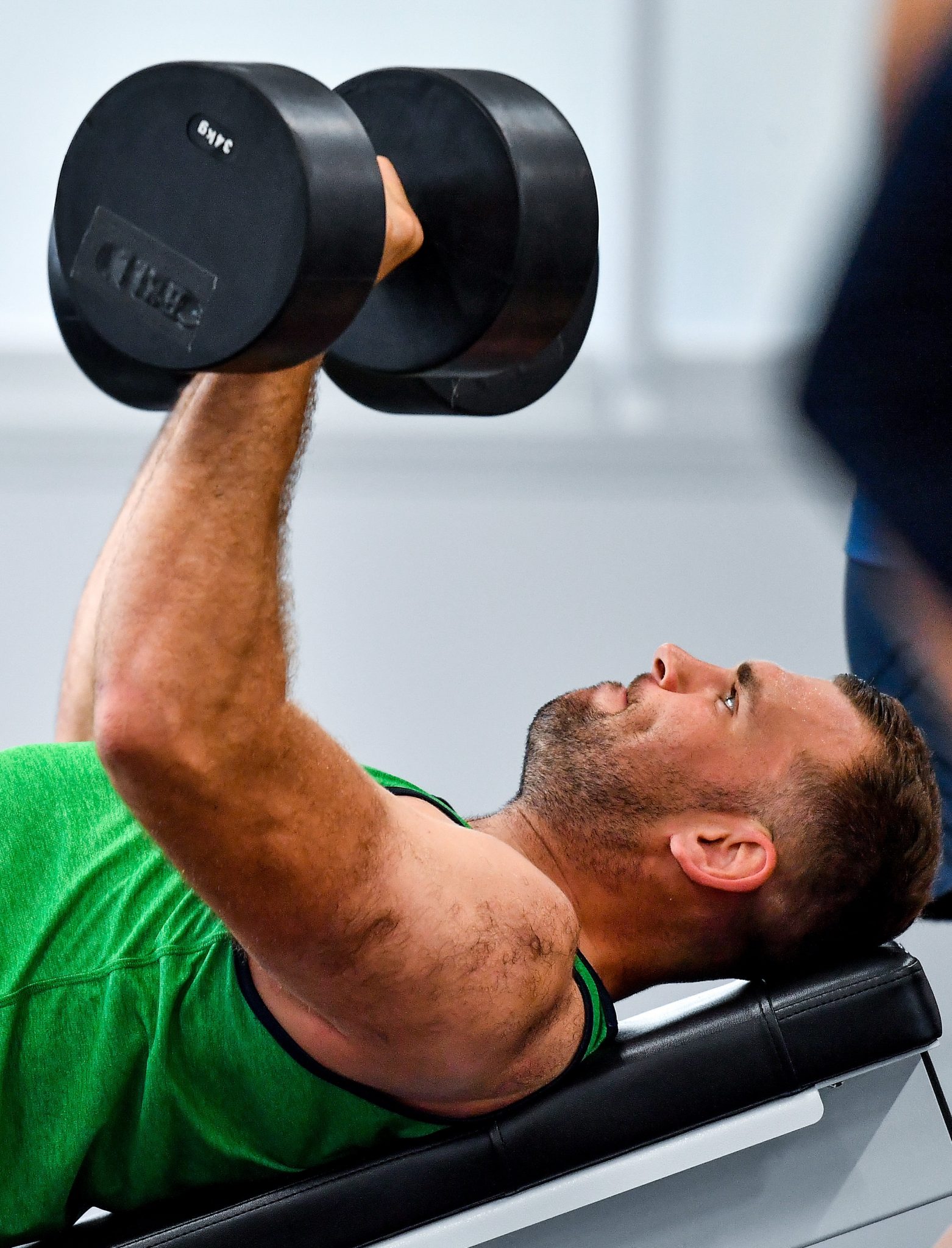 Beirne says the only positive about the osteitis pubis injury is that it is very similar to what kept him out of action when he was at Leinster in his early 20s. Individuals can go through a lot of pain with it as there is often an inflammation where the left and right pubic bones meet the front of the pelvis.

At least, on this occasion, the Munster star knows what he is dealing with.

"When I did my ankle, I had another bit of a nightmare. I was going to get operated on that week. I was going to go over to London that week but we waited an extra week, a week and a half, and then I ended up get cellulitis on my foot on the day of the surgery and I wasn’t able to get the surgery. I had to wait another week and a half for it to clear. So that was an extra three weeks and then two weeks of doing nothing.

"That was five weeks of rest, essentially, for my osteitis pubis as well. But I probably came back in a worse condition that I was going in (to surgery) as I wasn’t rehabbing or anything. I just wasn’t able to do anything. It just didn’t really help at all. And I’ve had this before. I got this in my second year of the (Leinster) academy. I think it was 13 months to get back from it – just a cycle of not getting it right.

"The fact that I’ve had it before, I kind of know a little bit about what it takes to get back and how much you have to work on it. Every single exercise, you have to concentrate because there’s no getting it wrong. It can have an effect straight away. From that point of view, it’s definitely not rest. It’s very much rehab."

Beirne can see the finish line up ahead and he knows he is not far off linking back up with the squad. Munster have given their senior squad the next three weeks off and will return in late June to start a second 2019/20 pre-season.

By the time the Munster lads are reunited at the University of Limerick campus, for socially distanced training, Beirne should be clear of his injury slog and gunning for the first game when rugby re-starts.

popular
How many of the 49 Premier League clubs can you name?
The SportsJOE 12 o'clock quiz | Day 115
SportsJOE 2000s Football Quiz | Round 10
QUIZ: See if you can identify these retro football kit sponsors
QUIZ: Can you name the first professional teams of these footballers?
Roy Keane on the experience of being managed by Jack Charlton at USA 94
Jack Charlton's role in getting Roy Keane to Manchester United has been revealed
You may also like
21 hours ago
James McClean opens up on sickening, Covid-related hate mail
3 days ago
When the President interrupted a Euro 88 pint between Charlton and Dunphy
3 days ago
How an uncultured Englishman conquered Ireland's sporting heart
3 days ago
The SportsJOE 12 o'clock quiz | Jack Charlton special (Day 112)
3 days ago
Growing up in the shadow of Jack Charlton's Ireland
6 days ago
"It's too experimental" - Kenny's team for Slovakia showdown begins to take shape
Next Page