"He's a bit of a lightning bolt, in fairness to him."

Give Hugo Keenan a Bronco to compete in and he would back himself against most comers. Credit to the Leinster and Ireland fullback, his 4:11 personal best over those ever-lengthening shuttle-run distances would take some beating.

Over shorter bursts, though, Keenan is happy to concede the title of 'fastest player' in the Ireland squad to Ulster's Rob Baloucoune. There is not much speed-testing during the rigorous and game-focused Six Nations camps, but Baloucoune's pace is clear to see.

"To be honest, you sort of just prove your speed in training and in games. I don't think the S&Cs and physios would be too happy - injuries-wise - if we were sprinting around, racing each other.

"I wouldn't even chance the fact that I'd be any way close to Rob. He's a bit of a lightning bolt, in fairness to him."

During a separate chat with Munster and Ireland outhalf Joey Carbery, who was helping to promote the Rugby Players Ireland and Zurich 'Tackle Your Feelings' initiative, he backed up Keenan's comments on the Ulster winger.

"I'd say it would have to be Rob Baloucoune, to be honest. When we were in Portugal on a dry, quick surface he was blistering. He's a flyer, and when he gets his hands on the ball he's hard to stop.

"We're pretty lucky to have the guys we have. Even Andrew Conway, in his old age, has a tonne of pace about him!"

We are sure Andrew Conway, all 30 years of him, will get Carbery back for that back-handed compliment. 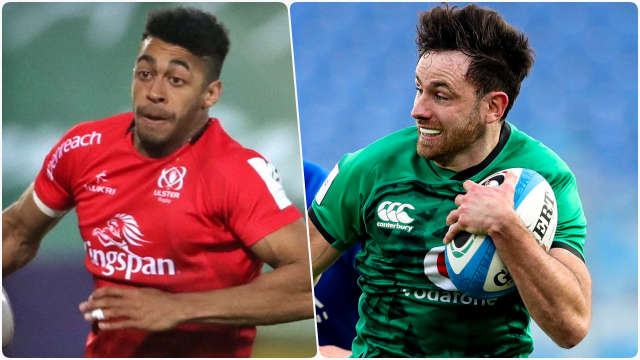 Rob Baloucoune and Hugo Keenan are two of the fastest players in Ireland's backs division.

When it comes to the forwards, Hugo Keenan says one Munster man is pushing several of the Leinster forwards hard.

"I don't know many of the scores of the other provinces - we never actually do the Broncos together, in the Irish camp. I know the likes of Rhys Ruddock would be very up there.

"Josh van der Flier would be the best and the standard there at Leinster, for forwards. Speed-wise, Peter O'Mahony is slyly quick. There's obviously Ryan Baird as well. They're the ones that spring to mind. Dan Sheehan can actually clock up a good speed, in fairness to him, for a big man."

As Ben Smith would tell you - with memories of that back-tracking burst that denied him a try against Ireland in 2018 - Peter O'Mahony has some gas in the tank when he needs it.

It will be interesting to see if the likes of Dan Sheehan, Ryan Baird and Rob Baloucoune get their chance to impress, from the first whistle, in the remaining Six Nations games. Add in Ulster flanker Nick Timoney, a former Ireland Sevens star like Keenan, and you have a fizzing mix.

Having the likes of them on the pitch with O'Mahony, van der Flier and Keenan would certainly keep the opposition on their toes. 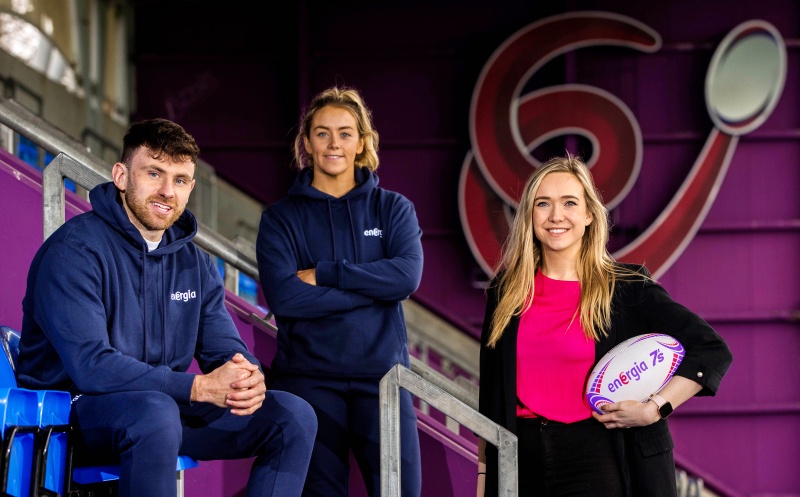 
popular
World Cup 2022 Day 10: All the major action and talking points
Iran demand action by FIFA after USA team change flag on social media
"I can absolutely say that I have never enjoyed a job more" - McKaigue revelling in new role as Slaughtneil GPO
World Cup 2022 Day Nine: All the major action and talking points
World Cup protester releases defiant statement after pitch invasion
"I have equal love for football and hurling" - Sheehy set for two Leinster finals in two hours
Roy Keane's issue with Argentina star could rival Graeme Souness and Paul Pogba
You may also like
3 days ago
Former England international admits he wishes he had played for Ireland
1 week ago
Two baffling omissions as four Ireland stars make World Rugby 'Dream Team' of the Year
1 week ago
Josh van der Flier claims World Rugby Player of the Year at Monaco ceremony
1 week ago
"Highlight of my Ireland career" - Behind the scenes as Jack Crowley and Ross Byrne covered for a legend
1 week ago
Bundee Aki reminded us all of his best qualities, on a night Ireland couldn't do without him
1 week ago
Peter O'Mahony delivered some fitting Jack Crowley comments after surprise Test start
Next Page