"I think I had a three or four-second one. I think a lot of the lads had one."

It is 10:40am on a Wednesday morning that has the potential to clear up and we are talking to Jordan Larmour about James Lowe, Munster, his thoughts on the Lions Tour to South Africa and, most importantly, Bronco Test PBs.

Every Irish province, during the lockdown period of the Covid-19 pandemic, sent out GPS systems [among other items] to their players and had them practicing their Broncos to keep fit.

The Bronco Tests were aptly summed up by Ulster's Will Addison, earlier this year, on Baz & Andrew's House of Rugby. He explained:

"We’ve gone back to that kind of prison rules of just doing press-ups and Broncos. That’s about all we can muster at the moment. So the lads are doing lengths of fields and wherever they can find, just pacing it out and then, yeah, the Broncos aren’t fun. It's 20 (metres sprint) then back, 40, back, and 60, back, five times."

END_OF_DOCUMENT_TOKEN_TO_BE_REPLACED

Once the players returned to their provinces for integrated squad training, it was time to put the practice aside and get down to the serious stuff. It was teammate vs. teammate and the clock was ticking.

The Leinster and Ireland star is chatting away amiably on the day a new two-part documentary, produced with Energia, is released. Entitled 'The Power Behind Jordan Larmour - A Rollercoaster Season', part one takes us from the start of 2019/20 up to Leinster's recent return to training ahead of the close of a massively disrupted season. Part two may include another Leinster cup double, but there are another few spins on the rollercoaster required to get there. 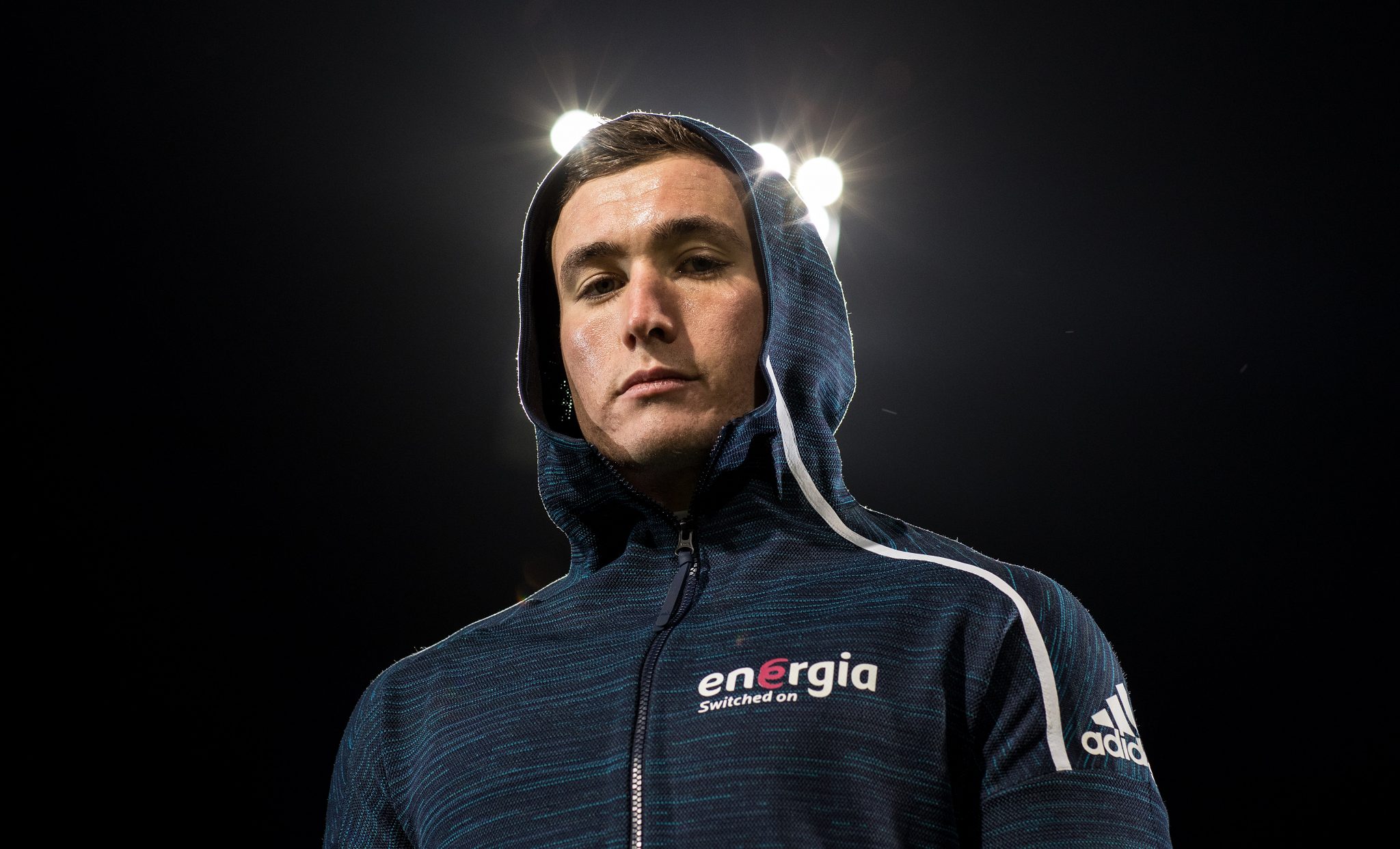 Energia has launched the first of a two-part social documentary series with Energia Ambassador and Irish and Leinster high-flyer, Jordan Larmour, called The Power Behind Jordan Larmour - A Rollercoaster Season.

END_OF_DOCUMENT_TOKEN_TO_BE_REPLACED

When Auckland Blues returned to full training, back in May, they put all of their backs through their Bronco paces. Several Personal Bests were recorded, with All Blacks star Beauden Barrett topping the pile with a time of 4:12 [four minutes, 12 seconds].

According to Larmour, that highly impressive time was beaten by a young Leinster fullback. Larmour comments:

"There were a few lads, their Bronco scores, who had new personal bests in that. I think I had a three or four-second [PB improvement].

"I think a lot of the lads had one. I think Hugo Keenan had a 4:11. So that was pretty impressive.

"There were a lot of other lads who had similar scores to that. Fergus McFadden, he was 4:12.

"Obviously, the lads were doing the running sessions and keeping fit over the lockdown period. Even the first few weeks when we came back, we were doing fitness sessions and everyone was feeling good and raring to go. The Broncos went well."

END_OF_DOCUMENT_TOKEN_TO_BE_REPLACED

Keenan has played 14 times for Leinster over the past few seasons, having made his professional debut against Zebre in November 2016. The 24-year-old can play on the wings too but eight of his nine Leinster appearances this season have been starts at fullback. 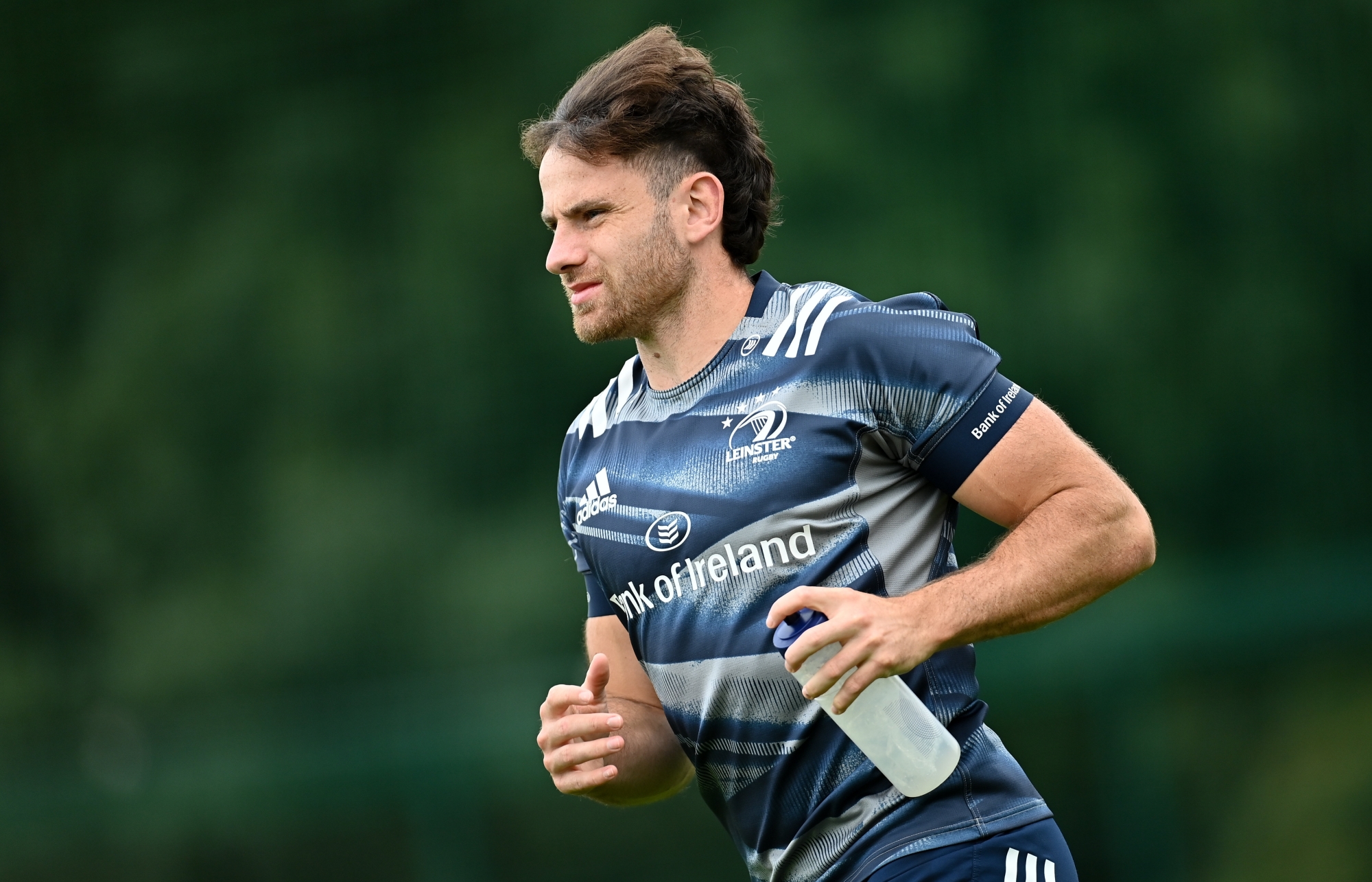 McFadden is set to hang up his playing boots at the end of this season. Even if Leinster go on to reach both finals, that gives McFadden a maximum of seven potential games left with his home province. At 4:12 - the same time as Barrett - it seems as though he is determined to leave it all out there.

While several of the Leinster forwards, and Johnny Sexton, have been pictured looking well fed and jacked up for rugby's resumption, Larmour has honed his muscle mass.

"I've got a bit stronger," he says. "Lockdown gave me a good opportunity just to focus on lifting weights. I was doing a few extra gym sessions.

"I wouldn't say I've put on much weight, maybe I've leaned out a little bit. I was feeling good. Lockdown gave me that opportunity to do a few extra sessions, trying to get into the best possible shape I could be."

"I haven't bulked up massively or anything like that," he adds, "not like Bryson DeChambeau! I'm feeling good at the moment." 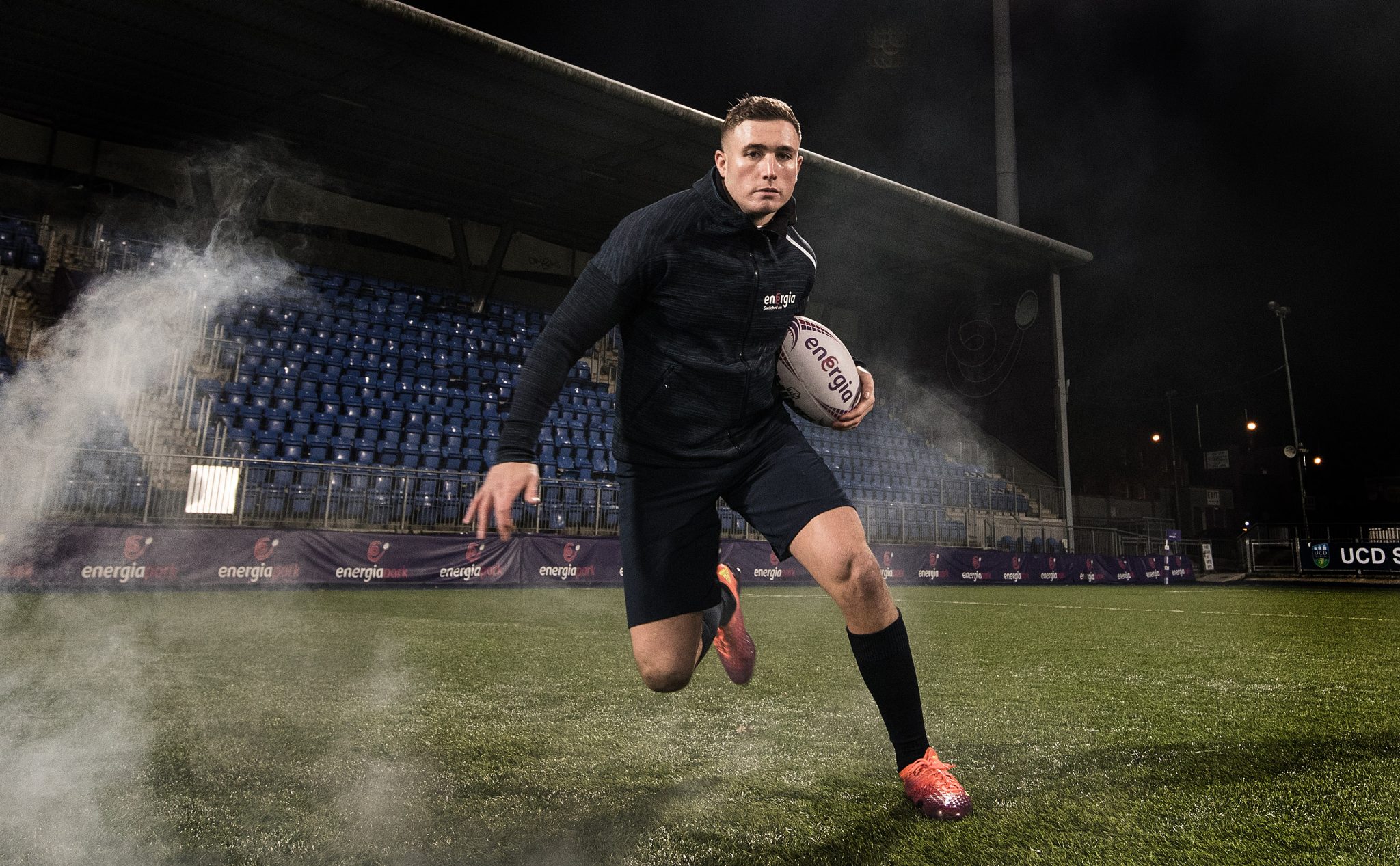 The first episode of 'The Power Behind Jordan Larmour - A Rollercoaster Season' dives into the up’s and downs of Jordan’s 19/20 rugby season and the forced unchartered break due to COVID-19 ahead of the Return to Rugby in Ireland.


popular
Gary Neville reveals Man United ignored advice to sign Joao Cancelo
"I think there are only five Kilkenny players who are guaranteed to start on any given day" - Cody's motivational methods
Sean O'Brien could get to play England, at Twickenham, in his final game
Boris Johnson slams Jurgen Klopp for defending Liverpool fans booing national anthem
QUIZ: You have 60 seconds to answer one Premier League goalkeeper question
Gearoid Hegarty's harsh red card leads to a heated debate in The Sunday Game studio
James Lowe makes 'European Player' shortlist, at expense of Leinster teammate
You may also like
2 weeks ago
Eddie Hearn hints at Katie Taylor v Amanda Serrano rematch in Ireland
3 weeks ago
England scrumhalf gets away with clear strike on Ireland's Michelle Claffey
3 weeks ago
Munster announce signing of French centre who can play for Ireland
1 month ago
Stacey Flood and Sam Monaghan star as Ireland get first Six Nations victory
1 month ago
Shamrock Rovers still look strongest of Dublin's five Premier Division teams
1 month ago
Sean O'Brien on his two best games in an Ireland jersey
Next Page