'It was embarrassing... guys didn't stand up to the plate' - Stephen Ferris

For the third time in a little over six months, Ireland have been trounced in a Test match.

It took Stephen Ferris to front up to the TV camera and tell it like it is.

The only consolation for Ireland, and we are stretching here, is that this was the first hit-out for many top players this season and they can only get better. Surely they can get better.

Clive Woodward called it "a shambles" while Sky Sports host Alex Payne called Ireland's 57-15 shellacking by England "humiliating". There was no way to argue with either man.

Joe Schmidt faced the cameras, soon after, and admitted England had posed his side some serious problems. "We looked dishevelled," he admitted.

For 29 minutes, Ireland were in the middle of a tough, testing match against a hugely physical World Cup warm-up. Then, in the space of a minute, Jonny May knocked Conor Murray for six - and off for a Head Injury Assessment - and Elliott Daly had crossed over in the corner. England went 15-10 ahead and the final 50 minutes was men against boys. 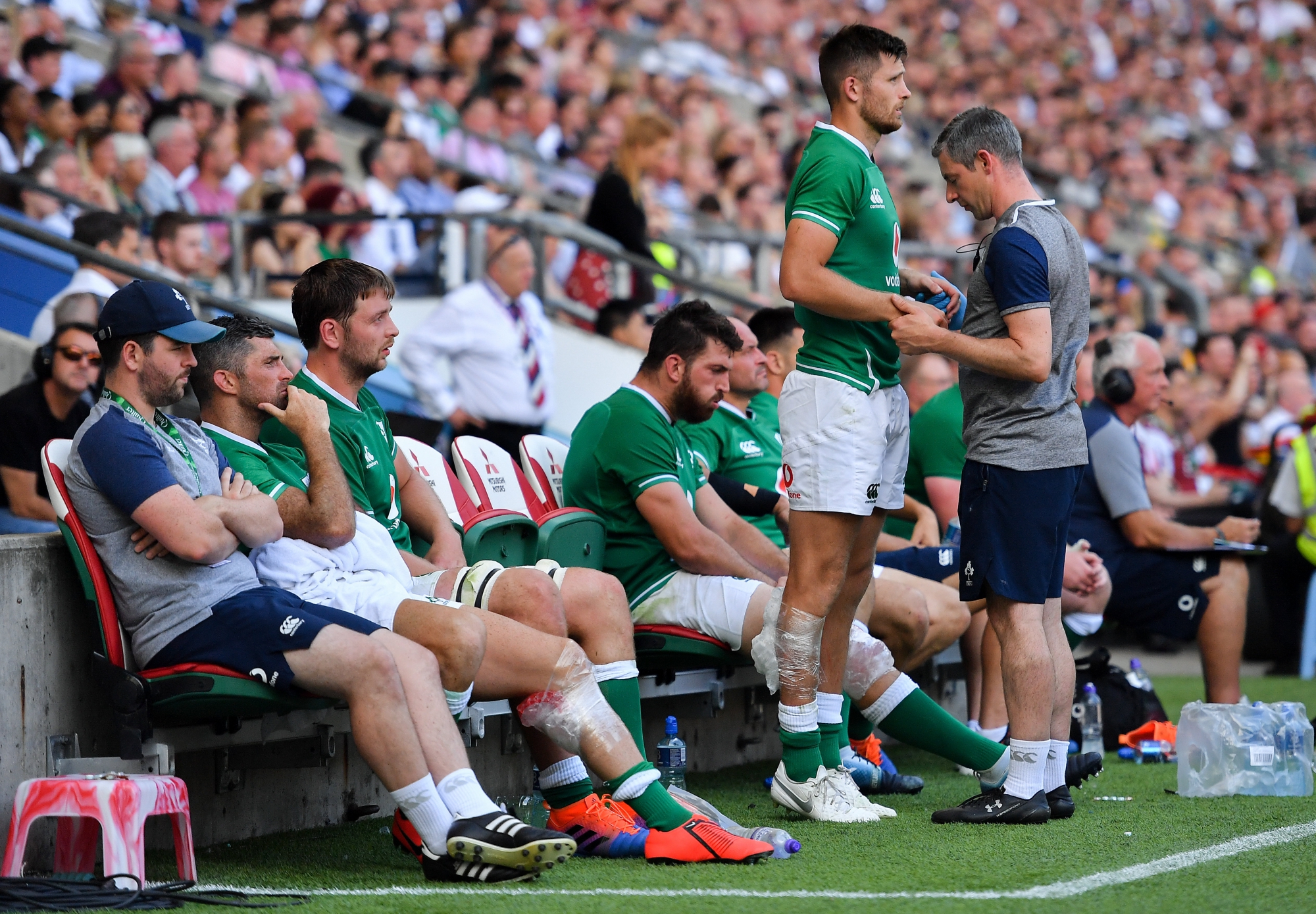 Ireland lost six of their 15 lineouts and even the ones they won were scrappy. Combined, their players missed 34 tackles for a 69% completion rate with the backs missing 24 of them.

The Irish scrum did not crumple but it conceded a few penalties and afforded England a solid attacking platform that was directly responsible for two of their eight tries. Josh van der Flier battled gamely and Iain Henderson had a couple of decent moments while Ross Byrne landed his two goal-kicks and there were tries for Jordan Larmour and Bundee Aki.

END_OF_DOCUMENT_TOKEN_TO_BE_REPLACED

While Ireland have two more warm-up games to come, their big names have now been in sides that were beaten badly by Wales and England, twice, since February. Joey Carbery, if he does make it to Japan, will not play a match for another month while Conor Murray and Cian Healy (ankle) picked up knocks too.

Over on Sky, it was left to Stephen Ferris to pick over the bones of that Irish defeat. The former Ulster and Ireland flanker did not mince his words:

"That was tough viewing. Really tough viewing. You mentioned about the ambush in February. There was no ambush here today. Ireland were ahead in this game and they had a little bit of momentum and then everything started to fall apart.

"Their lineout... it was embarrassing. Guys didn't stand up to the plate. They seemed to lack leadership at times. Every time there was a try scored, everyone seemed to be looking around. No-one seemed to take ownership."

Asked what Ireland could do to address their issues ahead of their World Cup opener against Scotland, Ferris replied:

"We're running out of time. We need to get two performances against Wales, but this has taken the wind out of Ireland's sails completely."

The sails could do with a strong breeze to get this Irish ship going but next Saturday sees them return to Cardiff, scene of their Six Nations walloping at the hand of Wales, and a date with the World No.1.


popular
"Conor Murray was hung out to dry"
Kilkenny youngster pulls off the no-look hand-pass once more
"Ireland don't ever do anything different and that's the worry" - Mike Tindall
Tyson Fury reveals what happened when he sparred Anthony Joshua
"If Murray is playing that first half for England, he's probably Man of the Match"
Four features of Mason Greenwood's goal vs Watford that shows he is going to the very top
Jacob Stockdale and Johnny Sexton not spared by English press
You may also like
17 hours ago
"Ireland don't ever do anything different and that's the worry" - Mike Tindall
2 days ago
Baz & Andrew's House Of Rugby - Twickenham carnage
2 days ago
'Were they up for it more than us? That's my responsibility' - Andy Farrell
3 days ago
The Ireland XV that should definitely start against Italy
3 days ago
'If that was a cricket game, we could have declared at half-time' - Eddie Jones
3 days ago
Triple Crown wrenched away as England scrape Ireland off their boots
Next Page