"Sure it was a success - we beat England!"

Back in 2017, England were coming to Dublin with a Grand Slam on the line. Eddie Jones' men had won the lot in 2016 and were seeking to repeat the dose at the Aviva Stadium.

Ahead of the game, former Munster and Ireland outhalf Ronan O'Gara was convinced Joe Schmidt's men had a big performance in them. He told us:

"It'll be a sad day if England out desire us in the Aviva. I could not accept or believe that, when I look at fellas like Rory Best, Donnacha Ryan, Sean O'Brien... Sean is a gem. This is what he stands for, this game at the weekend."

END_OF_DOCUMENT_TOKEN_TO_BE_REPLACED

Sure enough, England hit the rocks in Dublin. Ireland were on it from the first minute and thundered into an England side that had no response. Peter O'Mahony had such a good game that it secured him a Lions call-up and saw him captain them in the First Test against the All Blacks, just over three months later.

As for O'Brien? Another barnstormer. He would also go on to play for the Lions, that summer, and finish off a stunning counter-attack against the Kiwis, at Eden Park.

It was no surprise, then, to hear O'Brien put so much stock into Ireland's 32-18 roasting of England, back in their 2021 Six Nations closer. When Robbie Henshaw was asked for his thoughts on the game, 'The Tullow Tank' interjected that any championship must be deemed some sort of success if the auld enemy are sent packing.

"Ah Jaysus, it gave me great satisfaction, at the time!"

On the latest House of Rugby Ireland episode [LISTEN from 8:30 below], Henshaw and Conor Murray opened up on a game that had no silverware riding on it, but meant everything to Ireland. 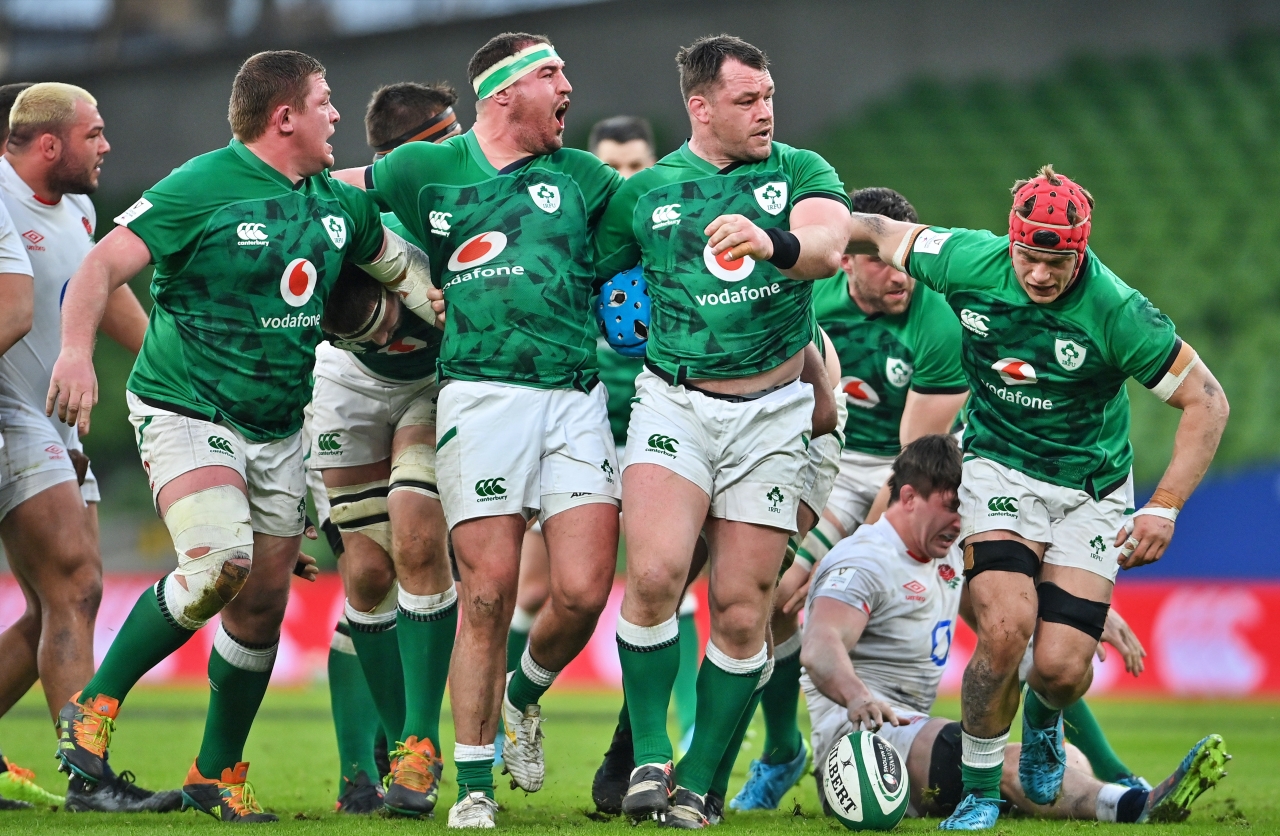 "The start of the campaign was mixed, from us," Henshaw admitted. "Two tough fixtures for us at the start, and we had felt it was there for us.

"But a great way to finish - away to Italy and Scotland then to beat England at home.

"From the squad point of view, we went out and said, 'Listen, let's leave it all out there for the last game'. Nothing to play for but pride in the jersey, and making sure we finish off on a high."

For the first 62 minutes, Ireland were impossible to live with. They raced into a 26-0 lead and scored a couple of cracking tries, through Keith Earls and Jack Conan, who finished off the team's best attacking phase in five years.

Bundee Aki was having a fine game in midfield, beside Henshaw, when his hefty tackle on Billy Vunipola was deemed too high and he was red-carded. England scored two late tries to make the final scoreline, 32-18, much closer than the game ever was.

After four successive losses to England, and a tournament that slipped away when Peter O'Mahony was sent off early against the Welsh, this was exactly what Ireland needed. Conor Murray said:

"We've nearly been sick of saying that. I know Johnny said that in the media - we're always saying, 'We're close to it. We're close to putting a complete performance together'. Since I started with Ireland, when I came into the Irish set-up [in 2011], it was consistency. That was the word that kept cropping up. We were just not consistent enough.

"And those questions were being asked about our team, this season. But with the experience in the squad, and the players we have in there, we knew we were putting patches together in games. You look at the Wales game, when we had 14 men. We played some really good rugby and, I feel, that was one of the games that got away, this year.

"The French game, with a lot of changes in the team, we nearly got there. So on and so forth. But, in an England week, there's no need for motivational talk. That stuff is all taken care of. The emotion and the passion is going to be there, but we were really keen to put a complete performance together and not take out foot off the pedal if we got a chance in the game.

"It was spoken about during the week - 'That's going to be our last game for how long?' With the Lions Tour, with the summer tour and with changes to the squad, that group - or the bulk of it - probably won't be back together for a long time.

"It was great to be able to put a big performance in, and just park it. That was a big motivation - knowing we wouldn't get another chance together for a long time."

"From England's point of view," Henshaw adds, "they'd beaten us in the last few games and physically out-muscled us a lot. For us to get one back was great. And we showed some nice plays that we had been working on, over the campaign, that came together in our performance. A positive end." 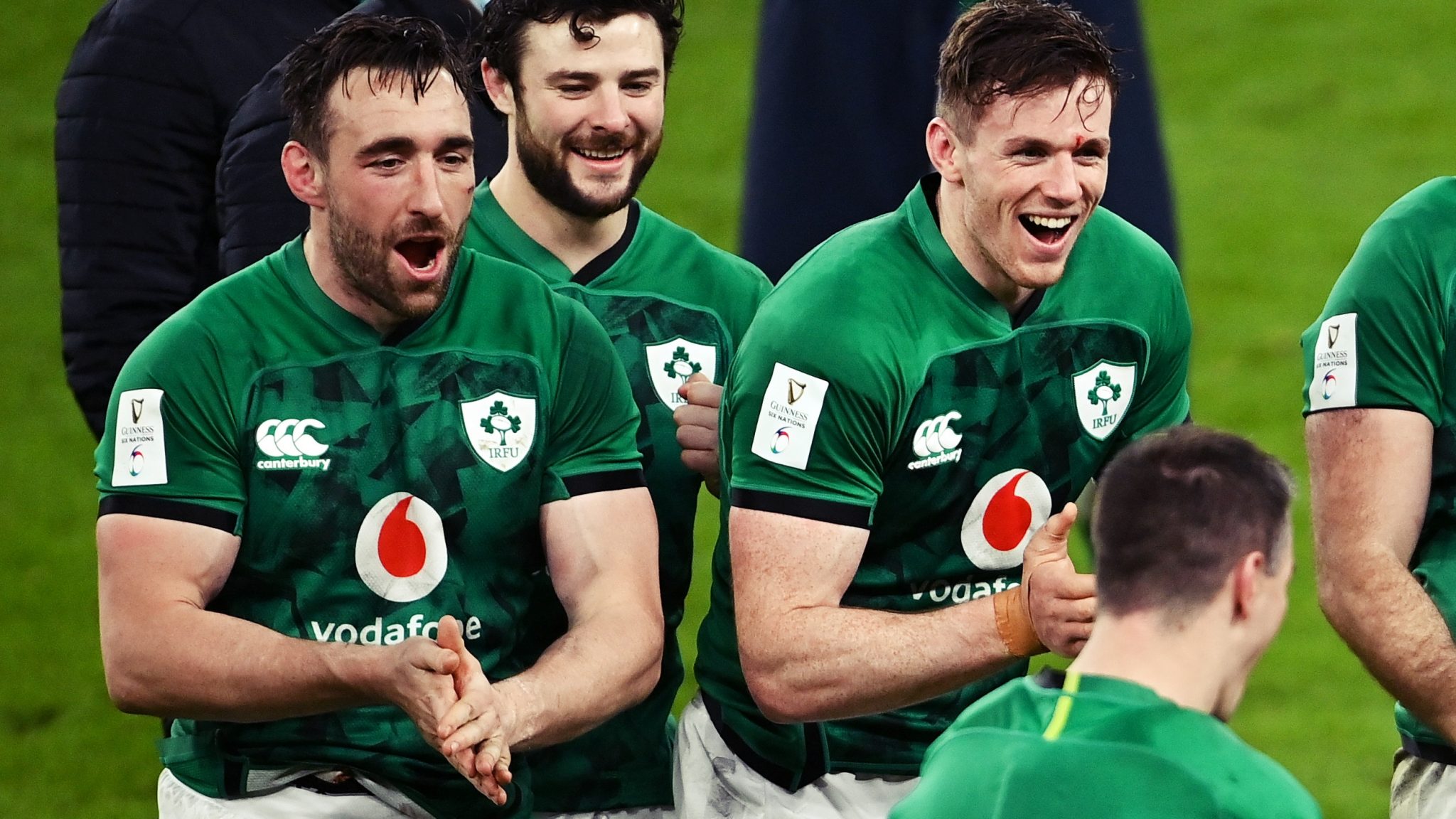 On House of Rugby, former Ireland star Fergus McFadden remarked how big wins could often take the weight of the world from a squads' shoulders. Murray picked up on that point.

"You said it there - a release valve. We had the PRO14 final the weekend after. And back in the hotel, after the game, the Munster and Leinster lads were trying to get each other drunk, and have a bit of craic.

"But I remember sitting down and looking over at the staff table, with all the staff - doctors, physios and the coaches - and you could see it by their mood that it was a pressure valve, just released. Because everyone was under pressure that week. You could feel it.

"You try your best to focus on what you have to, but it does creep in. You can tell by people's body language, or of they're a little bit snappy.

"Yeah, for the whole week, that game meant an awful lot, for an awful lot of reasons. Not just the players - everyone involved was happy to see us do something special and hang the jersey up for another while and leave it in a good place."

The victory, while it only sawIreland finish third, relieved the pressure on Andy Farrell and his coaches, and convinced many Irish fans that there is a new generation of players coming through that can compete with the best, at Test level.

For many Irish players - most notably Murray, Bundee Aki and Jack Conan - it ensured them Lions call-ups by Warren Gatland, who referenced the game soon after announcing his squad.

The next Ireland teams to take to the field, against the USA and Japan, will look considerably different. They go into those matches, though, in a much better place than where many suspected they would be, mid-way through the championship.

Ireland had nothing to play for but pride.

It was enough, but it will mean little if they don't build on that redemptive win.


popular
The four stone-cold certainties for All-Stars even as early as this
Eamon McGee just couldn't help himself with Armagh-melee tweet
Kylian Mbappe reportedly wants PSG to sell Neymar
Gavin Coombes one of four Irish players to push themselves into Test picture
"He's actually smiling putting the ball over the bar. He should nearly be fainting." - Ryall on Limerick's legacy
Frenkie de Jong 'determined to stay' at Barcelona, despite Man United agreement
"The economy was one of the big reasons" - Cadogan's move from an electrician to personal training
You may also like
6 hours ago
Bundee Aki understandably emotional, as Ireland pay moving tribute to late Sean Wainui
7 hours ago
Full Ireland player ratings after Maori All Blacks teach us an early lesson
1 day ago
"We could lose all five games" - Darren Cave with a rare take on Ireland's chances
1 day ago
Mike Lowry and Peter O'Mahony in First Test contention as Ireland shuffle deck
1 day ago
"Significant" knee injury ends Iain Henderson's tour of New Zealand
1 day ago
Ireland include plenty of new faces in team to face Maori All Blacks
Next Page