For this World Cup, Joe Schmidt has pushed his chips in behind Iain Henderson and James Ryan.

Scotland have had great success, in the past few years, in attacking Ireland down the 15-metre channel and creating mismatches. Getting their back three running at forwards.

There was a moment, on 41 minutes, when Stuart Hogg got some clear field in front of him and flipped on the afterburners. Henderson was motoring towards wide channel and ceded some ground so he could track across. As Hogg sought that extra gear change, Henderson hauled him to the turf and another Scottish attack hit a wall.

10 seconds later, on the very next ruck, Garry Ringrose tackled John Barclay and Josh van der Flier - as he had done all day - went to work with a big clear-out. He pile-drivered Ryan Wilson to the deck and knocked back scrum-half Greig Laidlaw while he was at it.

That opened up the ruck for a poach attempt and the microphones pick out Tadhg Furlong as he hollers:

END_OF_DOCUMENT_TOKEN_TO_BE_REPLACED

The big Ulster lock, 10 seconds after scragging Hogg down, is back on his feet. He stalks over, dips down and plucks his team another turnover before setting off upfield, tying Hogg up and getting a pass away to Ringrose. The Ireland 13 passed to Chris Farrell and he found Andrew Conway, who almost scored a try after a chip and chase.

Two big moments in the space of 10 seconds and that really summed up Henderson's day. He also made a super break in the first half that scrambled the Scots so much that James Ryan was able to power over, soon after, and did a great job at calling the lineouts for his 57 minutes on the field.

On the latest episode of Baz & Andrew's House of Rugby, Barry Murphy, Andrew Trimble and Jerry Flannery take a closer look at Iain Henderson's excellent outing and recalled a 2017 comment from O'Gara about the Ulsterman getting some snarl in his game. 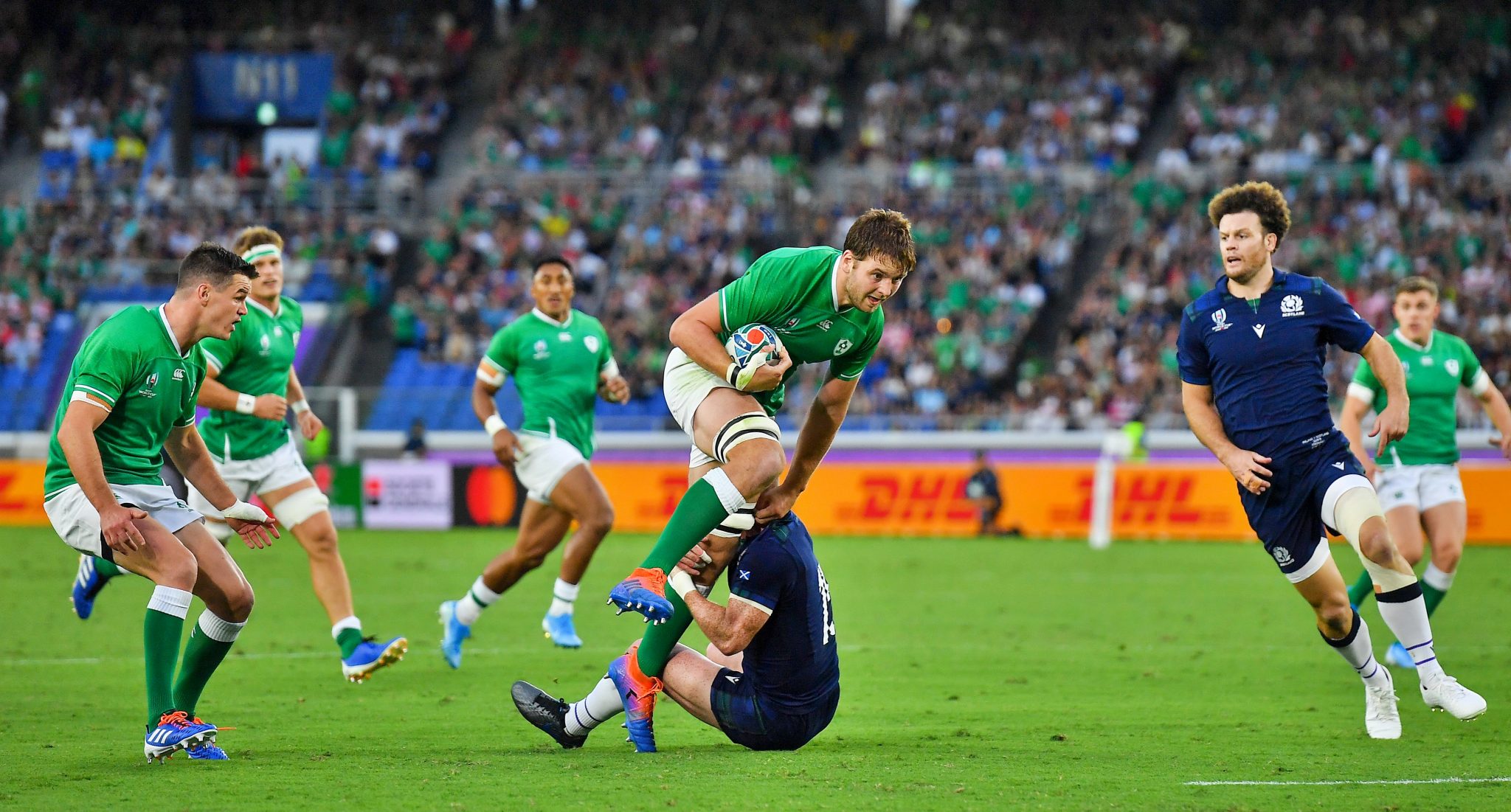 "I think he has a bit to go. I wouldn't agree that he's a monster. I don't see that in his performances yet. To me, he seems like a clean pro. The monsters for me are the Quinlans, the Leamys, the Ferris's, the Sean O'Briens, in the back row. I don't see that yet. I think he needs to add dog."

O'Gara said that the days of talking of Henderson, then aged 25, as someone with potential were over. "You'd love to be able to play behind him with a baseball bat and hammer him so he's really on edge all the time. That will bring his game to a whole new level - when he's on edge. You'd love sometimes if he just lost it."

Henderson showed glimpses of what he could do on that Lions tour but never forced his way into the Test squad. He has delivered a number of effective performances - most notably the November 2017 thrashing of South Africa and the Grand Slam-clinching win over England in March 2018 - but still went into this World Cup with some convincing to do. Murphy notes:

"Henderson took a bit of criticism going into the World Cup. Back-handed compliments, almost. Like ROG has previously spoken about wanting to go around the pitch with a baseball bat until he plays the way you want him to play... But he put in a really big shift today."

Trimble feels Henderson's performance, in that 27-3 win over Scotland, will have answered a lot of those questions and he feels the 27-year-old looked 'hungry, confrontational and powerful'.

"When you look at it," says Flannery, "everyone questioned Joe Schmidt's selections around the locks but I don't know if Dev [Toner] would have had the ability to go through the gap like Henderson did."

The chips are in and Ireland are up, but Henderson will know there are bigger challenges to come. 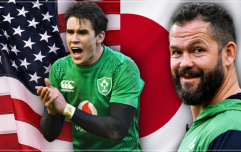 END_OF_DOCUMENT_TOKEN_TO_BE_REPLACED


popular
Rory O'Connor gets Wexford out of jail as Shanagher throws it back
Alisson gives moving post-match interview after scoring late winner for Liverpool
QUIZ: Can you name these La Liga cult heroes?
Conor McGregor sends message to new UFC lightweight champion
'Stop, stop, STOP!' - Texas crowd left stunned as UFC legend has arm snapped
Burnley report Leeds' Ezgjan Alioski over gesture made towards Dwight McNeil
South Africa backed to bully "bang average" Lions squad
You may also like
1 week ago
Performances against England saw Bundee Aki and Jack Conan become Lions
1 week ago
James Ryan and Iain Henderson may be fighting for one Lions spot
2 weeks ago
Tadhg Furlong declared 'single most important player for Lions touring party'
2 weeks ago
"It's going to be the biggest thing in this person's life, ever" - Rory Best reveals his Lions captain pick
2 weeks ago
When Gordon D'Arcy brought a coffee to a Joe Schmidt walk-through
1 week ago
The SportsJOE 12 o'clock quiz | Day 347
Next Page