Hell hath no fury like a Scottish rugby fan thinking a Lions shoo-in is going to miss the cut.

Hamish Watson - best player in the Six Nations but not good enough for the Lions Tour? Tell us more.

On one level, Stephen Jones has a point in his latest column for The Sunday Times. South Africa are going to fill their matchday squad with all manner of monsters.

On several other levels, Hamish Watson merits his place in a wider British & Irish Lions squad and should get the chance to show what he's made of in South Africa.

"I wouldn’t take Watson," Jones has stated. "I think [Lions head coach Warren] Gatland might. In fact, for various reasons he probably will. But I still would not."

"The Lions will meet a massive scrummaging front row, which will be replaced after half-time by a massive scrummaging front row," he adds. "They will face the two biggest locks the game has ever seen and a back row of crushing, front-on power. The idea that the Boks are going to allow a dainty Lions flanker to nip in and spoil the party is fanciful."

Watson may not be the biggest back-row in the game right now - far from it - but he is a very effective ball-carrier and a nuisance on the deck.

"Going back a couple of years," Scotland captain Stuart Hogg told House of Rugby, "I think Wales missed something like 15 tackles in the whole Six Nations and, believe it or not, 10 of them were on Hamish, on this one run. Honestly, I've never seen anything like it. He bounced 10 boys on the one run."

The Welsh scribe says the size reason is the same one that would see him leave Justin Tipuric and Josh Navidi at home, were he tasked with selecting a touring squad. As we have previously noted, he would not bring CJ Stander on the tour either. He wants big back-rows, so it is 'thanks but no thanks' to that trio and Hamish Watson. 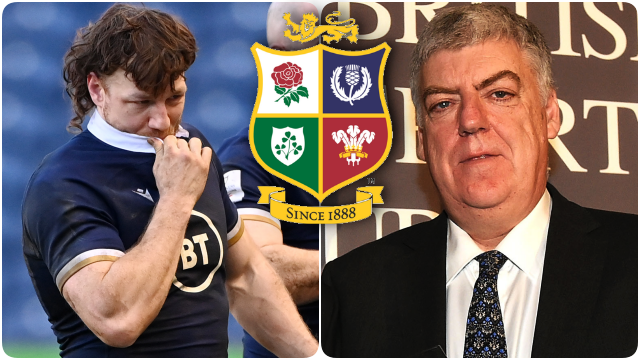 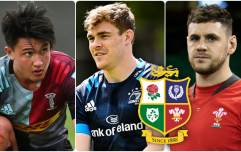 END_OF_DOCUMENT_TOKEN_TO_BE_REPLACED

Needless to say, once Scottish rugby supporters copped their eyes on the latest Jones column, they blew several gaskets and took to social media to start ringing bells and lighting signal fires across the land.

To start, one did not need to look far. In that column's comments section, John Southcott pointed out that is about the same weight and stature as flankers such as David Pocock, Ardie Savea, Sam Underhill, Sam Cane and Michael Hooper.

That point was vociferously made across the social media platforms, with others chiming in with their thoughts:

Monday morning observation...the only team to beat South Africa in 2019 were NZ who had Ardie Savea (102kg) and Sam Cane (103kg) on the flanks - maybe lets focus on the team that actually beat the Boks pic.twitter.com/g4VTyOJsYC

It’s not about weight. It’s about power. Hamish Watson is ridiculously powerful and committed. To suggest he’s too lightweight to be effective against SA shows a real lack of understanding of the modern game. I think Stephen Jones’ journalism is what is really lightweight

This was an interesting read, in that it made me swear a lot. Good thing he can't block me on The Times or I wouldn't know he's still talking hefty amounts of pish.

Someone call a nurse, and advise Tom Curry to get a restraining order.https://t.co/pzsdkSUskK pic.twitter.com/Lrk9QmuEM3

Jones did mention Underhill in his piece but not that the Bath and England flanker is 'a completely different animal'. For the record, Underhill is the same height as Watson but listed as three kgs heavier.

When it comes to the crunch, expect Watson to travel this summer. With Gregor Townsend and Steve Tendy set to be named on the Lions coaching staff, this set-up could have a much heavier Scottish influence than the past five tours.


popular
Names beginning to emerge from Lions stand-by list for South Africa
The SportsJOE 12 o'clock quiz | Day 351
"I'd play it in the back garden if I could. We've been training for this since last September"
Ronan O'Gara will never forget his first encounter with Jonah Lomu 'in his pomp'
"Some people just have different passions" - Geezer sees where Clarke is coming from
Finally, Gaelic football is returning to our TV screens - what's on and where?
"I’d love to do my Colin Corkery impression and play Junior B football. It depends on the body"
You may also like
2 days ago
With less than 1% of the population vaccinated, what hope South Africa vs. Lions crowds?
2 days ago
Adam Jones' Lions XV doesn't have a Scot in sight
3 days ago
"Going out there with the best tighthead in the world is not a bad thing to have"
3 days ago
Ireland confirm summer Tests, in Dublin, against USA and Japan
5 days ago
'Johnny Sexton completely outplayed Farrell and Russell in the Six Nations'
5 days ago
Revised Lions Tour schedule sees new opponent added and three venues axed
Next Page