Warren Gatland was playing it coy, but his assistant has made his play.

The day after the British & Irish Lions lost their Test Series against South Africa, Gregor Townsend sat down with some of the touring journalists and laid out a vision of rugby, as he sees it.

As job pitches go, for the 2025 Lions Tour to Australia, it will convince as lot of people.

END_OF_DOCUMENT_TOKEN_TO_BE_REPLACED

Townsend was the attack coach for a Lions team that scored three tries in four games against the Springboks and South Africa 'A'. All three tries were scored close-in by rumbling forwards. The Scotland head coach may argue, in time, that he had to fit in with the wider game-plan dictated by head coach Gatland, but there was little flair from the Lions for 251 minutes, until Finn Russell appeared on the scene.

After the 19-16 defeat to the Boks, which saw the hosts win the series 2-1, Gatland was asked if he could see himself being involved in the 2025 tour.

"In terms of involvement, there’s a lot of water under the bridge in four years," he began.

"A lot of things can happen in that time. I’ve loved my time with the Lions. I don’t think it’s anything different, it’s just about the Lions talking to the clubs and unions about having that adequate preparation time to go on a tour.

"You are playing away from home, normally with a lot of travel and with a lot of expectation. You are putting a team together in such a short period of time and there’s a lot of expectation to win a series. As the Lions, when you’re putting together the best players from the northern hemisphere, we get less preparation time than the national teams do when they go on their own tours.

"It’s a common theme. I’ve been continually saying it. Hopefully in the next six months they can iron that out and we can get the schedule for four years’ time tidied up in terms of when finals are on, so that you can get the whole squad together for a couple of weeks before you go on tour. That would make a lot of difference in terms of helping preparation." 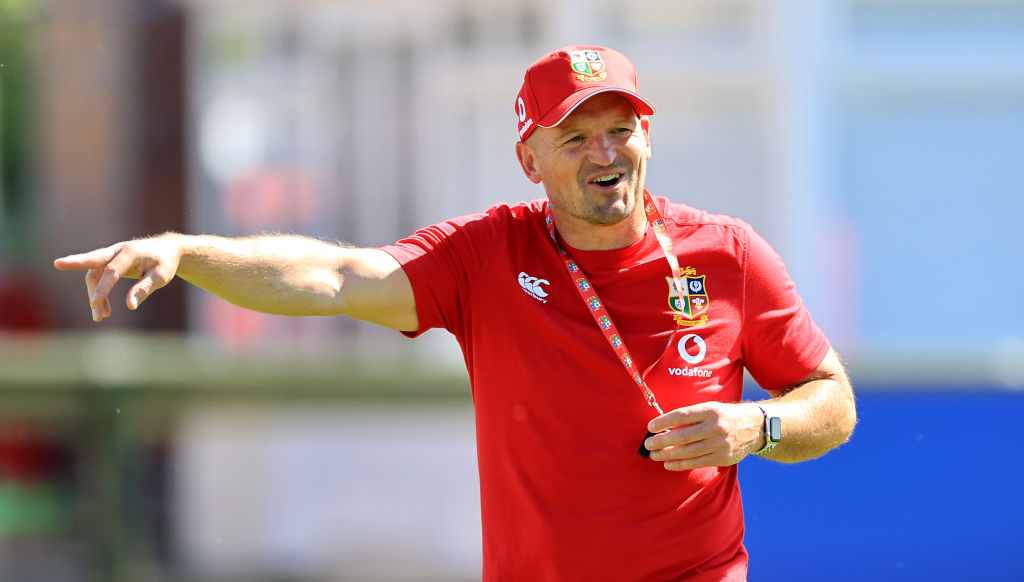 END_OF_DOCUMENT_TOKEN_TO_BE_REPLACED

So that was Gatland's take, less than an hour after the series had been lost and the tour wrapped.

Less than 24 hours later, Gregor Townsend, who is head coach of Scotland, put himself in the frame with his wide-ranging chat with the travelling press-pack.

The future of rugby, he believes, lies with creative 10s like Marcus Smith and Finn Russell, who both could well tour Down Under in four years. He commented:

"I believe the game has already moved to an era when 10s have to be attackers. They have to be runners and very, very good passers and also have an attacking kicking game that can unlock defences. We’ve seen players like Richie Mo’unga, we’ve seen Finn last night... those are the 10s who put defences under pressure.

END_OF_DOCUMENT_TOKEN_TO_BE_REPLACED

Whoever does get the Lions head coach gig in four years' time - and Andy Farrell would be considered if all goes well with Ireland - taking on the Wallabies should be the easiest task of the three the Lions face.

Australia could well have a crack team by the time 2025 rolls around, but the tours there are not renowned for being as gruelling as South Africa and New Zealand. There may be quite a queue formed for that tour, but Townsend has already whetted the appetite.


popular
Inbetweeners star sends All-Ireland semi-final message to Derry cult hero
Erik ten Hag 'accepts' Man United's decision about Cristiano Ronaldo
"Jesus they never shut up, do they?" - What it was like training under Rory Gallagher and Jim McGuinness
"Sometimes a manager has to make those bold and tough calls." - Kerry's Paudie Clifford conundrum
Local press follow the All Blacks but miss out on Tadhg Furlong show
Tariq Lampety switches international allegiance ahead of Qatar World Cup
Only die-hard rugby fans will get full marks in our Ireland vs. All Blacks quiz
You may also like
1 day ago
Jamison Gibson Park has more than earned the right to have one off-day
1 day ago
"Proud moment" - Cian Prendergast on little brother, Sam's Ireland U20 heroics
1 day ago
Former rugby star Ian Keatley lights up Limerick Junior championship in impressive GAA debut
1 day ago
Local press follow the All Blacks but miss out on Tadhg Furlong show
1 day ago
Henry Arundell on extremely sound Owen Farrell gesture after his try-scoring debut
2 days ago
Ireland sticking to the script as Johnny Sexton cleared for Second Test
Next Page