This one has a particularly Welsh flavour.

The time is almost upon us. On Thursday, around 12:30pm, Warren Gatland will announce his British & Irish Lions squad for the 2021 Tour to South Africa.

Gatland is expected to name between 36 and 38 players, and will notify some of the unlucky handfuls that miss out to keep their phones charged as he will inevitably need replacements between May 6 and the final Test against the Springboks in early August.

On the latest House of Rugby Ireland episode [LISTEN from 34:30], South African journalist Brendan Nel joined Fergus McFadden and Ian Madigan to give his take on the Lions players he expects to be reporting on, this summer. 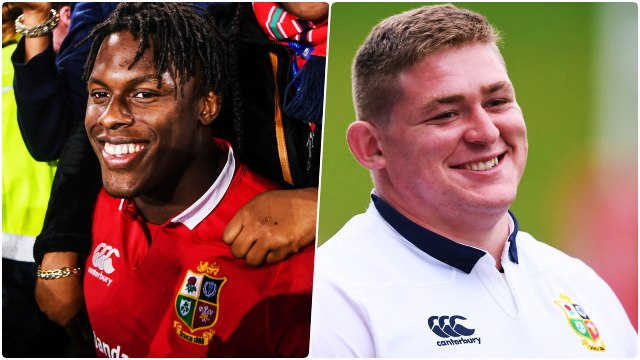 According to Nel, he expects Stuart Hogg, Maro Itoje, Tadhg Furlong, Owen Farrell and Ken Owens to form the spine of the Lions XV for the Test Series, with Toby Faletau also featuring and fit again Manu Tuilagi as his outside shout.

Nel also believes Jamie George and Conor Murray will travel, while England flankers Tom Curry and Sam Underhill will be pushing to start against the Boks.

SportsJOE has been tracking the Lions' leading contenders all season and updating our pecking order for the Lions Test Series. Our final Lions XV pecking order includes all of the names mentioned by Nel, bar Man Tuilagi [but do not be surprised if he makes the touring squad and is given every opportunity to press for the Test matches].

Many of the players featured have not been encumbered with too many matches since the 2021 Six Nations wrapped, and Gatland will not be pleased to see The Rainbow Cup turn into a side-show, especially with French sides bossing it in Europe. END_OF_DOCUMENT_TOKEN_TO_BE_REPLACED

The pecking order is based on form, momentum and our sense of who Gatland will be siding with as he goes into the tour. The Lions have less warm-up games than usual, so Gatland is likely to have a clear idea on 10 or 11 Test starters, with the remaining few spots genuinely up for grabs.

There are five changes in the pecking order from the end of the Six Nations, with one of them [George North] injury-enforced. Jonathan Davies slots in at outside centre, with Garry Ringrose back in the midfield picture. Anthony Watson and Tom Curry are back in the starting team too.

At outhalf, Dan Biggar's form for Northampton Saints, and Johnny Sexton sitting out for a few weeks after concussion issues, sees a new man in the No.10 jersey.