You just knew Sean O'Brien would get in there with the extras.

Before they set off for New Zealand, the British & Irish Lions squad got in some practice on what would become their four touring songs.

The 41-man squad undertook short, sharp choir practice to get a handle on the tunes, with each one representing a country each. There was Jerusalem for the England, The Fields of Athenry for Ireland, Highland Cathedral for Scotland and Calon Lan for Wales.

END_OF_DOCUMENT_TOKEN_TO_BE_REPLACED

These tunes became the anthems on tour and were used for team bonding away from the pitch and to help celebrate hard-fought matches.

In The British & Irish Lions: Uncovered documentary of the summer tour, we get to see a side to many players and coaches that we don't get to see around match-days, when tensions are high.

There is constantly slagging and playing of pranks and some unlikely friendships forged. There are a couple of bromances too - Conor Murray and Stuart Hogg, rivalled by Sean O'Brien and James Haskell. Once it comes time for action, though, it gets serious. 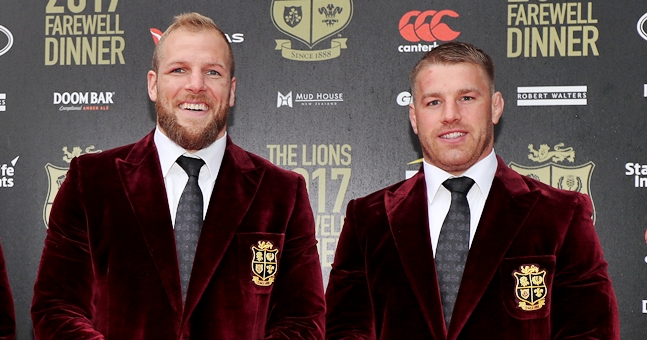 END_OF_DOCUMENT_TOKEN_TO_BE_REPLACED

Rory Best is an impressive figure as the midweek captain while tour captain Sam Warburton oozes class in the way he operates on and off the pitch. Dropped in favour of Peter O'Mahony for the First Test, he gets on with the task of preparing himself as a sub and his starting teammates for a hugely physical test. He concedes:

"I wasn’t expecting to make the team for the First Test and I wouldn’t have deserved it if I was."

Warburton comes off the bench in the First Test defeat but is back leading the Lions for what will go down as an all-time classic in the Second Test, in Wellington. Despite having an extra man, when Sonny Bill Williams was red-carded, the Lions fall far behind on the scoreboard before tries from Toby Faletau and Conor Murray level it up. Owen Farrell nails a late penalty to seal victory.

What follows in the Lions dressing room is one of the highlights of the entire documentary - players from all four nations locking arms and belting out Fields of Athenry.

Johnny Sexton kicks it off...

Maro Itoje and Alun Wyn Jones get right into it 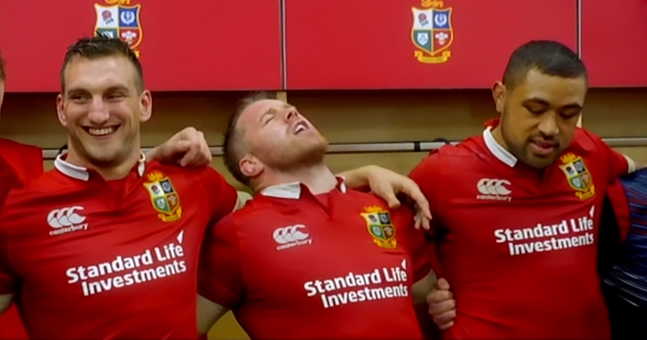 And Tadhg Furlong finishes with a flourish

When the Third Test ends level, meaning the series is a draw, it takes a while for the players to perk up but, beers in hand and back in the dressing room, they do just that.

And you better believe 'Fields' gets another rendition.

The British & Irish Lions: Uncovered is on official release from November 13 and is well worth the watch.


popular
Get him a tuxedo, give him the All-Star and for crying out loud, someone bring that man out to America
Fans react to Tottenham Hotspur's 'brilliant tease' for Richarlison signing
Southampton pay tribute as Shane Long leaves the club after eight years
Tiernan Kelly and three other players hit with ban following tunnel brawl
The four stone-cold certainties for All-Stars even as early as this
Quiz: Name the players these famous footballers played alongside the most times
Eamon McGee just couldn't help himself with Armagh-melee tweet
You may also like
3 years ago
James Haskell's first Lions Tour encounter with Tadhg Furlong was certainly unforgettable
4 years ago
Garry Ringrose only needed two games to expose regrettable Warren Gatland decision
4 years ago
Warren Gatland reveals concerns about Fields of Athenry before Lions Tour
4 years ago
Ben Te'o was rightly livid after some sneaky jersey swapping on the Lions Tour
4 years ago
Two Ireland stars included in French outlet's Team of the Year
4 years ago
2017 ended the debate about Johnny Sexton being Ireland's greatest outhalf
Next Page