In truth, Jerry Flannery could not be happier for his friend, and former work colleague, Felix Jones.

He could not be prouder.

Less than two years after their coaching team at Munster was broken up - driven by one man's desire to go back and revive South African rugby - four of the province's former coaching team have won a World Cup.

Rassie Erasmus was the man who, at a wrench, left part-way through his Munster project and brought Jacques Nienaber and Aled Walters with him. Earlier this summer, Felix Jones joined the exodus. On Saturday, in Japan, that tough call looked the right call as the Springboks claimed their third World Cup crown.

Back in May, Jones and Flannery made the decision to leave the Munster set-up. Erasmus came calling for Jones when South Africa backs coach Swys de Bruin stepped away due to personal issues.

On the latest episode of Baz & Andrew's House of Rugby, Flannery spoke about the rise and rise of Jones, the coach, with Barry Murphy and Andrew Trimble. 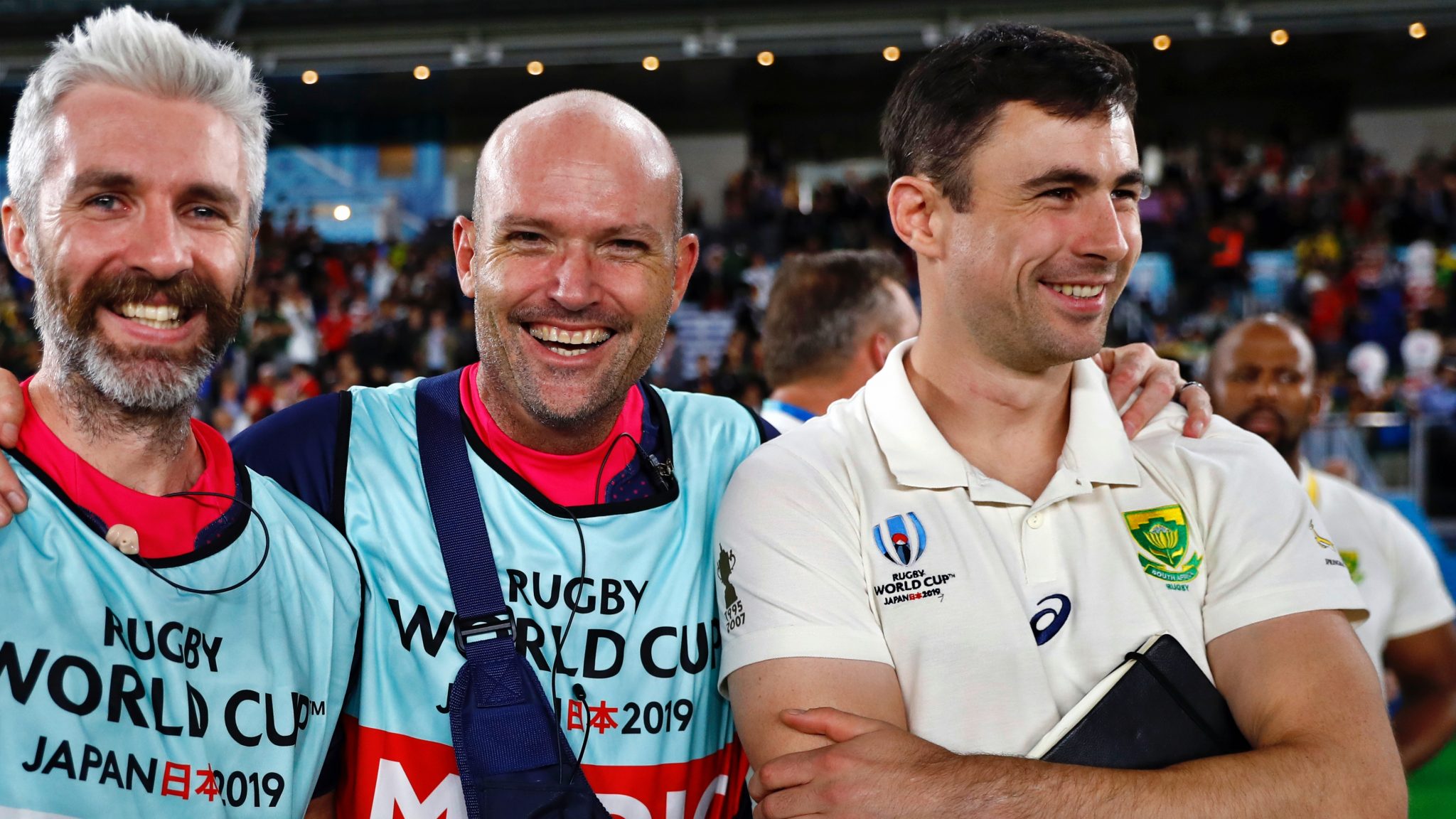 "Because you always wonder when you lose in semi-finals, you're like, 'Oh shit. What more could we have done?' and you're always questioning it. Particularly when you're young coaches.

"When you're young, inexperienced coaches, all you have is your reputation. And if you haven't won, if you haven't won, then people can always say, 'Not good coaches', you know what I mean? And then to see Felix go on and win the World Cup, using the plan that we had initially with Munster.

"And I understand that that plan must add layers. You must add layers to it, like. If they continue with, basically, as much of that same squad as they can, and the same management, they will have to add layers on their attack, going into that Lions Series (in 2021)."

Flannery believes that coaching is the same as playing - it all comes down to commitment and hard work.

"Felix is a very hard worker and he demands hard work out of people; the same as Joe Schmidt, the same as Eddie Jones, the same as Rassie (Erasmus). All the guys who win, hard work is THE most important thing. If you don't work hard, you're not going to win.

"He came down and captained Munster, broke his neck, broke his neck again, and then had to stop. Went in coaching at 31 years of age, coaching a Munster team that barely, barely scraped into Europe the year before, of which I was part of the coaching team! And came in, himself, Rassie and Jacques and we got to a European semi, against Saracens, and we got to the final of the league."

END_OF_DOCUMENT_TOKEN_TO_BE_REPLACED

Jones, Flannery, Erasmus & Co. did not bring silverware to Munster before they all, at varying junctures, moved on. That would have been a regret but they were able to similarly transform the Springboks and give them a game-plan and a new work ethic.

The talent, and size, was always there. Jones and his fellow coaches were able to harness it but it took a heap of effort and toil.

No better men to roll up the sleeves.


popular
Referee Mathieu Raynal puts Sexton in his place after TMO mess
Sexton compares "brilliant" Irish debutant Craig Casey to Jonny Wilkinson
"I was like, ‘My ear is hanging off my head. Can you not see that?!'"
Three Irish forwards stand tall in player ratings after Italy thrashing
QUIZ: How well do you know Manchester United players of the 2010s?
Owen Farrell rages at referee Pascal Gauzere as Wales catch England sleeping
The SportsJOE 12 o'clock quiz | Day 308
You may also like
2 months ago
Marcell Coetzee tells House of Rugby about his vow to Ulster
2 months ago
Visit Vodafone’s Pop-Up Shop at JOE with heaps of offers on smartphones, smartwatches and more
2 months ago
"If you don't have a seat at the table, you're probably the one being eaten"
2 months ago
Dan Leo joins House of Rugby Ireland to discuss his acclaimed Oceans Apart documentary
3 months ago
Caelan Doris backed for Lions despite England's expected Test XV domination
3 months ago
A player's perspective on the Monday morning after a big weekend defeat
Next Page