All hail the Springboks.

Here it was – the Rugby World Cup final. After four weeks and 47 matches of sensational rugby, the crowning jewel of the tournament had arrived at long last.

South Africa and England had a chance to earn immortality in an 80-minute contest. For South Africa, they had the chance to equal New Zealand's record of three WC trophies and England were looking to add their solitary triumph back in 2003. The last time these two sides met was last year at Twickenham where England managed a narrow 12-11 victory but today served up a very different kettle of fish.

END_OF_DOCUMENT_TOKEN_TO_BE_REPLACED

This was the moment – four years of preparation, pain, bravery and encouragement had led to this one game.

With nerves on the cusp of bursting, both teams made it out on the pitch before a few minutes later, the 2019 RWC final was underway.

England didn't get off to a good start as just two minutes in, Kyle Sinckler was forced off after a collision to his head. And that pretty much set the tone for Eddie Jones's side as SA began to impose control on the game.

END_OF_DOCUMENT_TOKEN_TO_BE_REPLACED

Eight minutes in and the Springboks had a penalty and Handre Pollard stepped up to and fired the ball through for the first points of the final.

During the early stages, England were playing completely unlike their stunning game against the All Blacks. Misplaced passes, poor lineouts and stuttering set-pieces were cropping up in their play – unimaginable given how disciplined they had been for most of this tournament.

Despite their poor start, England got a penalty in the 19th minute and Owen Farrell slotted it through with ease for an even score of 3-3. 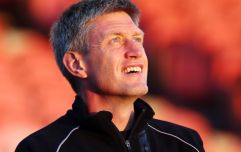 END_OF_DOCUMENT_TOKEN_TO_BE_REPLACED

England's errors didn't abate and SA had another penalty 25th minute from which Pollard added three more points. A few moments later, England crawled back on level terms with another penalty as Farrell slotted comfortably through the posts for a 6-6 score. 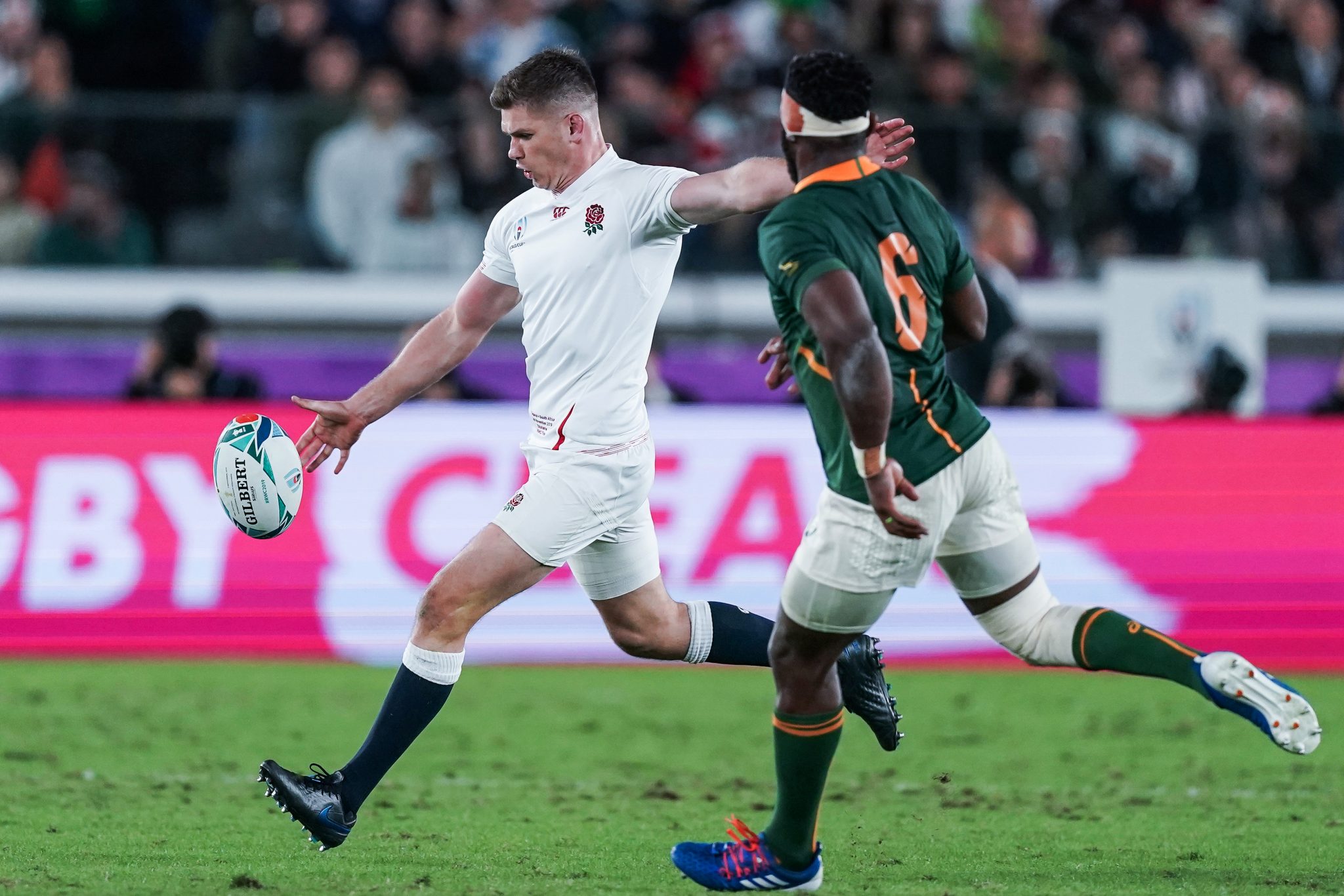 In the opening stages, the game had the makings of a tightly contested, low scoring encounter and neither side looked capable of scoring a try.

Then, a few minutes before halftime, England conceded yet another penalty which Pollard struck sweetly for a 9-6 lead heading into halftime. But just on the stroke of halftime, after another shocking scrum from the English, SA added three more points with a penalty for a halftime score of 12-6.

So far, the South Africans were putting up a gritty, brutal and unattractive performance but crucially, they were winning and England just couldn't cope with their physicality.

The second half kicked off and South Africa got right into business extending their lead after yet another penalty in the 45th minute. Pollard was on point once again as SA took a nine-point lead with a 6-15 score.

England began to show signs of a fightback though and a few moments later, the deficit was down to six after Farrell converted a penalty in the 52nd minute.

But once again, just as England were starting to build some momentum, South Africa stepped all over it. Just five minutes later, Pollard restored SA's nine-point lead with another flawless penalty kick for a score of 9-18.

The penalty fest continued as England cut the gap to six points a few moments later as Farrell slotted in what would be England's final points of the encounter.

And then, a glorious moment – the game's first try arrived as Makazole Mapimpi touched down in style after a slick pass from Lukhanyo Am as England's defence and trophy aspirations began to crumble. The try proved to be controversial as the slow-motion playback appeared to show a forward pass in the buildup but the ref didn't deem it to be clear and obvious.

England were all but overrun and they found themselves 13 points down with 10 minutes to play. And a few minutes later, Cheslin Kolke added the icing on the South African cake as he whizzed past Farrel with a side step before touching down for the match-winning second try. Pollard converted for a 12-32 score.

Given their brilliant play against the All Blacks last week, who on earth could've predicted that England would not just end up losing this game but by a 20 point deficit? It seemed as if Warren Gatland's words had come back to haunt England.

"We have seen teams play their final in the semi-final and don’t turn up for the final. We will see what England do." pic.twitter.com/EWCibeExHq

His words couldn't have rung truer for this performance and by the 78th minute, the camera panned to the trophy being engraved with South Africa's name as both sets of players, coaches and the fans came to terms with the now inevitable result.

And that was that.

Fulltime arrived in Yokohama as the South African players and coaching staff sprinted onto the field with unbridled elation to embrace their battered colleagues who had united a hurting nation with their historic victory.

"We just couldn’t get on the front foot. We were dominated in the scrum particularly in the first 50 minutes. When you're in a tight, penalty-driven riven game, its difficult to get any sort of advantage."

"We needed to fix up the scrum, little things around the line-out, then get a bit more accurate in how we attacked. We did that for a while, got ourselves back into the game, but in the end we had to force the game and gave away a couple of tries."

"They were too good for us at the breakdown today. That’s the great thing about rugby, one day you're the best team in the world and the next a team knocks you off."

4 - Each of the last four teams to knock the @AllBlacks out of the @rugbyworldcup before the final have failed to go on and lift the Webb Ellis Cup. Spent.#RWCFinal #RWC2019 #ENGvRSA pic.twitter.com/Gi0ptUlvYG

England arrived for this tie with everything in their favour – they were the firm favourites having played a game less, they had knocked out New Zealand and yet had ended the day with silver medals slung around their necks and were left to rue all the things that went awry. In hindsight, it seemed that whatever could go wrong, did for the English. They were riddled with unforgivable errors throughout the game and South Africa consistently took advantage.

The Springboks were building up a psychological advantage from every set piece they won; they came in with the right attitude from the get-go and played to their strengths. England just had no answer against their discipline, line speed and energy.

100% - The @Springboks are the only side to have a 100% winning record in @rugbyworldcup finals, now winning each of their three appearances at this stage; only the All Blacks have lifted the Webb Ellis Cup as often as South Africa. Perfect.#RWCFinal #RWC2019 #ENGvRSA pic.twitter.com/1825nsCfCi

"It is really special and it was more than just a game for us. We are really grateful to have our families here and all I want to do is to inspire my kids and every other kid in South Africa. I never dreamed of a day like this at all. When I was a kid all I was thinking about was getting my next meal."

"We come from different backgrounds and different races. We have so many problems in our country, but we come together with one goal"

Siya Kolisi, an icon of the game, a captain and a leader of his country.

"It’s weird, I didn’t think two years ago we could realistically do it, but six months ago began to and four weeks ago I really did. I am so proud of the players and my country. We stand together, we really believed it and I am proud to be South African,"

"The country have gone through some bad times, and we have over the last two years, but our challenge is to make South African rugby strong for the next six or seven years."

South Africa clinched their first World Cup in 1995 and 12 years later they got their second in 2007 and 12 years following that, they have landed their third in 2019. They certainly don't lack a good sense of timing and it is nothing less than what they deserve. What a fitting end to what has been a brilliant tournament.