'If that was a cricket game, we could have declared at half-time' - Eddie Jones

Eddie Jones has found himself backed into a corner at a few stages of his England career but he has always come out swinging. At Twickenham, as night quickly descended, the Australian was back on the front-foot.

It may sound strange to many of us here in Ireland but Jones was under heavy criticism going into their latest Guinness Six Nations encounter. Despite reaching a World Cup final last November, England's defeat to France in round one of the championship had seen his coaching stance, and comments, come under increased scrutiny.

Jones would have been well aware, however, that a win over Ireland would revive English title hopes. England had two resounding wins over Ireland in their two most recent beatings and, by 5pm on Sunday, it was three from three. 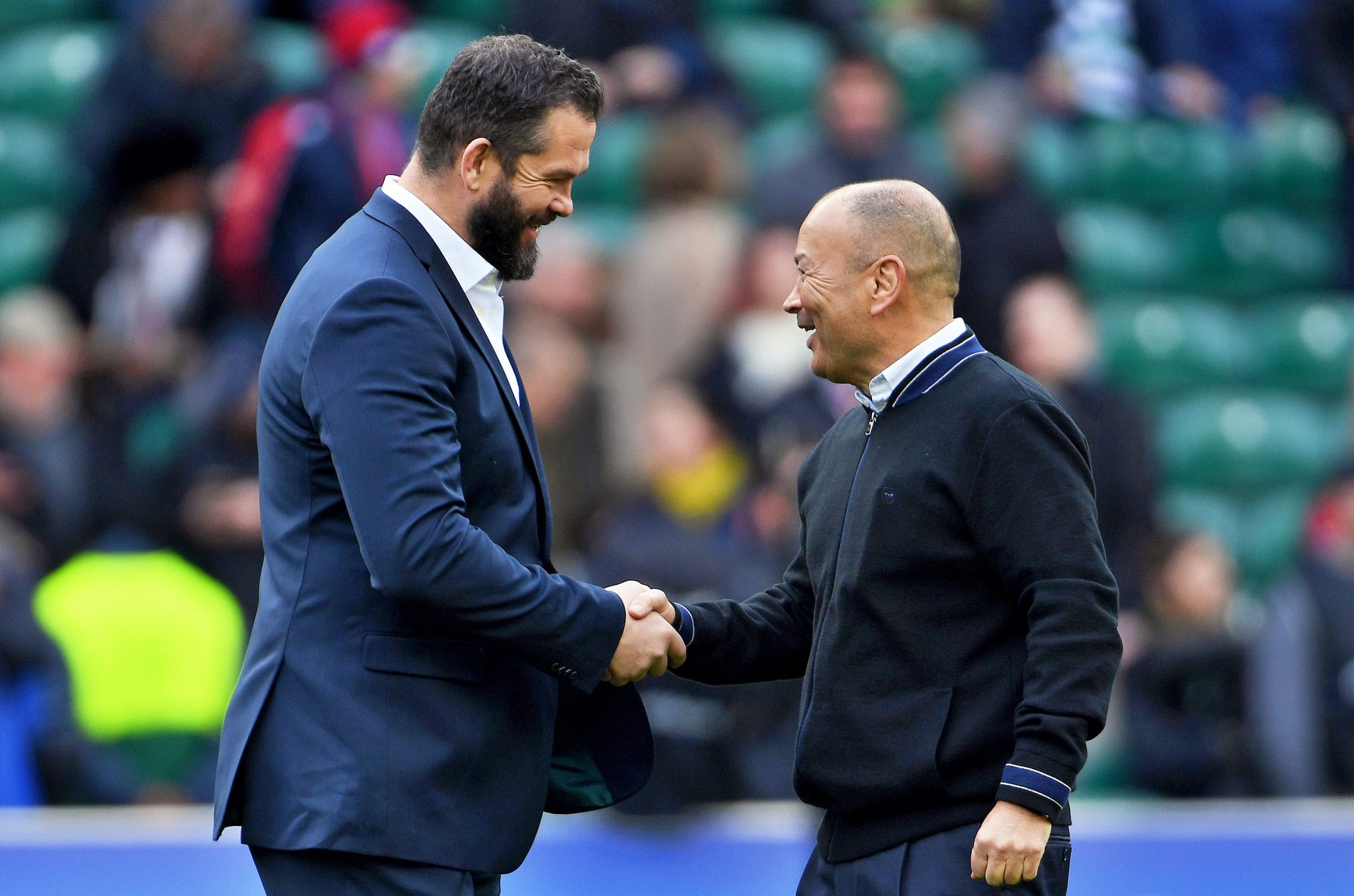 Early tries from George Ford and Elliot Daly - compounded by Irish errors - put England 14-0 ahead and there was no way back for the visitors. Andrew Porter's late try added a sheen of respectability for Ireland but the game was never as close as 24-12 suggests.

Following the game, Jones was cock-a-hoop and aimed a playful dig at the press for highlighting his selection of five locks in his squad while making a cricketing reference about the game.

"We controlled the conditions and the referee," he told reporters. "At half time, if that was a cricket game, we could have declared."

Virgin Media's Sinead Kissane caught up with Jones before he stepped into that press conference. "We had a great preparation for this game," he began. "We played great against Scotland and had a great second 40 against France.

"We had to [play well] as Ireland are a very good side," Jones continued. "As you guys have being saying all week, they're the greatest thing to come into rugby, they're all this and all that."

Eddie Jones lives to fight another day, and several more after that.


popular
Six minutes was all Alan Connolly needed to score two goals and set up another
Sensational scenes in Belfast as Antrim edge out Clare in a thriller
'Jesus Christ! How am I going to put up with this lad for nine weeks?!'
"Of the 37, Bundee Aki would be my 37th most expected selection and my worst rated"
Gatland comments give insight as to why CJ Stander missed Lions call
Peter Queally vaults into Bellator title picture with stunning win over Pitbull
South African media shocked by Lions omissions of Sexton and Ryan
You may also like
5 days ago
James Ryan and Iain Henderson may be fighting for one Lions spot
1 week ago
Tadhg Furlong declared 'single most important player for Lions touring party'
1 week ago
"It's going to be the biggest thing in this person's life, ever" - Rory Best reveals his Lions captain pick
1 week ago
When Gordon D'Arcy brought a coffee to a Joe Schmidt walk-through
2 weeks ago
Full Ireland ratings as Murphy-Crowe and Flood make the difference
2 weeks ago
Cliodhna Moloney's commendable attitude after Ireland's bumpy landing
Next Page