Bullied, battered and plain brutal. The Triple Crown shield will be kept in storage for another year. Ireland were in touching distance of it until the game kicked off.

Two years ago, Ireland came to a frozen Twickenham, played their hosts off the park and won a Grand Slam. That, and the Aviva Stadium victory over New Zealand, was the high water mark for Joe Schmidt's Ireland.

After a positive start to the 2020 Guinness Six Nations, Ireland plunged to depressing depths at English rugby's headquarters. Three times in the space of a year England have absolutely thumped us. They have our number, and then some.

Maro Itoje, Courtney Lawes, Manu Tuilagi and Kyle Sinckler all excelled - and rubbed Irish faces in it - as England revived their championship hopes while scuttling Ireland's. Robbie Henshaw gave Irish fans brief hope with a 50th minute try but that was as good as it got.

On 57 minutes, with England leading 17-5, Lawes, Ben Youngs and Joe Marler were all making their way to the sideline. The trio laughed and joked as they made their way off the pitch and you thought if they were not being premature with their celebrations. Within five minutes, Luke Cowan-Dickie was crashing over and Ireland's humiliation was confirmed. 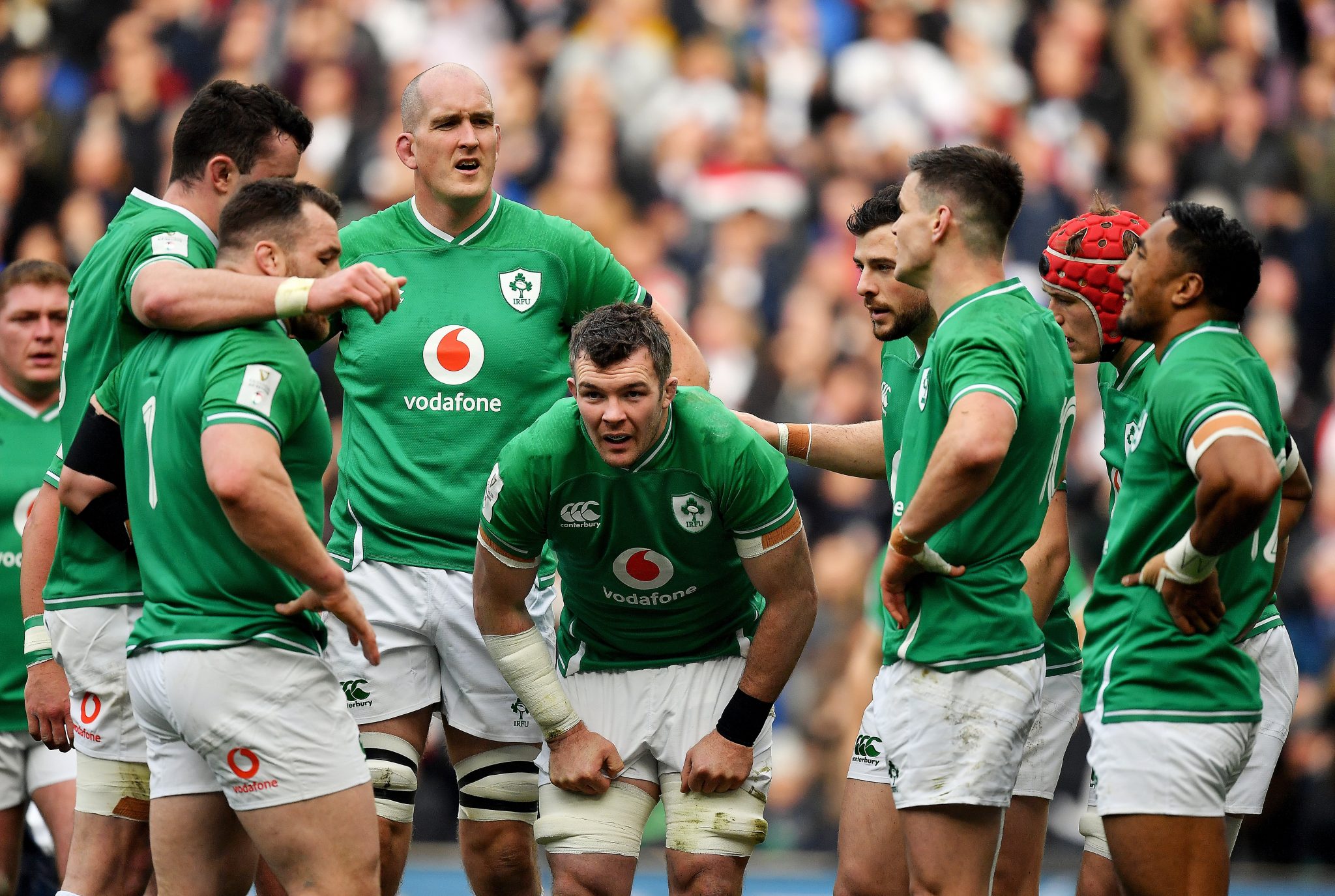 All the pre-match talk was about physicality and winning the collisions. It was a real positive, then, to see Cian Healy driving a white jersey back a couple of yards with a thumping hit.

England, we all knew, would come hard in the opening stages. Ireland had to hold on, answer fire with fire and give nothing easy. They did none of the above in the lead-up to George Ford's opening try. Jordan Larmour turned this way and that before claiming a cross-field kick and opting not to mark the ball. That put Ireland under the pump and England capitalised with a dink through that completely flummoxed Johnny Sexton and gifted Ford a try.

Sexton missed a relatively simple chance to make it 7-3 before CJ Stander and Robbie Henshaw showed some fight with big plays in defence. Tadhg Furlong and Conor Murray were both struggling, though, and their errors put Ireland in more trouble as England sensed blood.

END_OF_DOCUMENT_TOKEN_TO_BE_REPLACED

No sooner had CJ Stander been reunited with his jersey [Itoje was being a nuisance again] than England were celebrating their second try. Another kick behind Irish lines saw Jacob Stockdale amble back in some sort of dreamland. Elliot Daly attacked the ball and Farrell's conversion made it 14-0. It was a horror start from Andy Farrell's men.

Bundee Aki rallied his troops with a turnover inside the Irish 22 but the half ended with Sinckler sarcastically slapping the backs of beleaguered Irish forwards as they were turned over again. 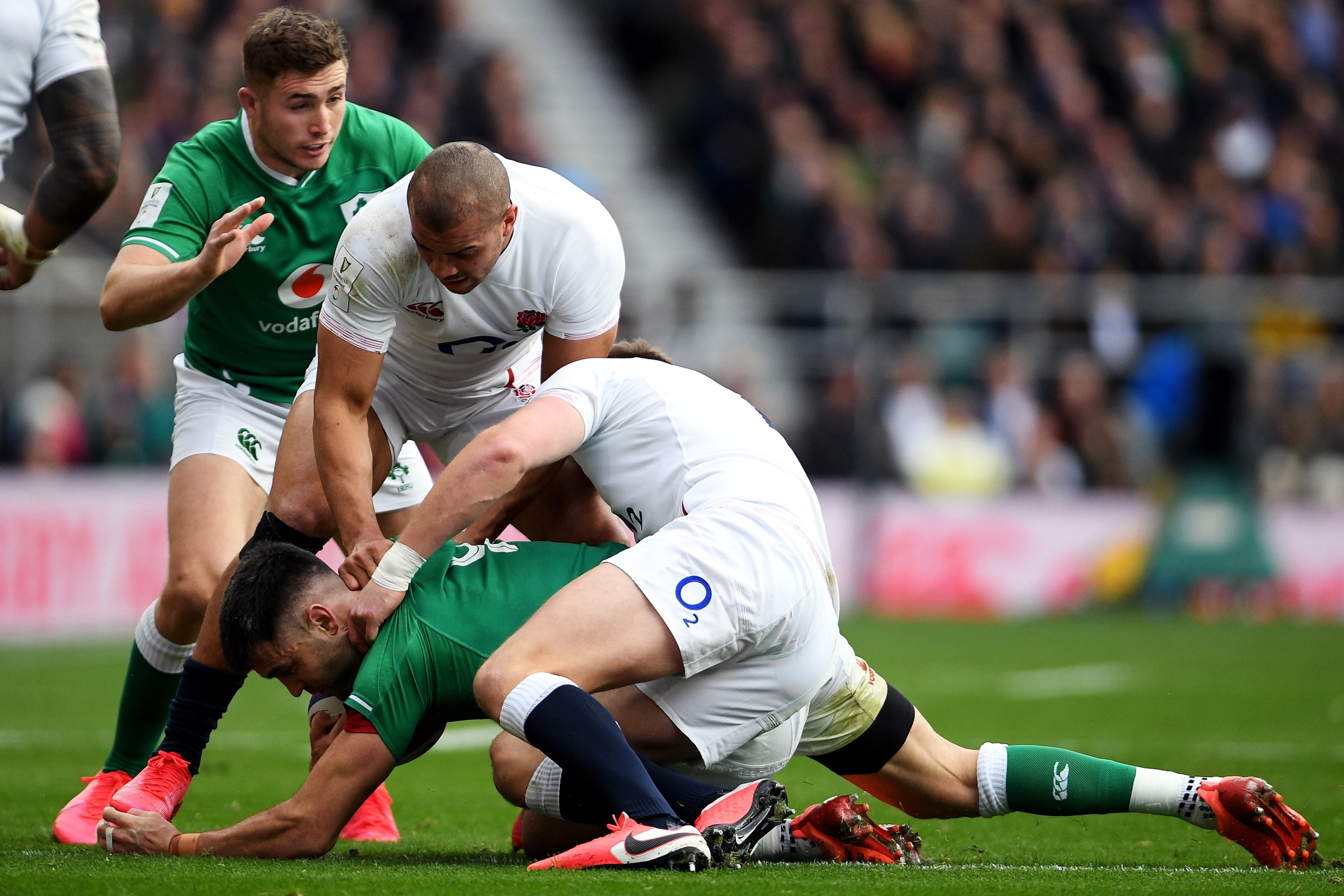 Conor Murray tackled by Jonathan Joseph and Owen Farrell of England during the Guinness Six Nations clash with England. (Photo by Ramsey Cardy/Sportsfile)

Ireland were better in the second half but not much. They dominated the first 10 minutes but were repelled on a number of occasions as their ball-carriers took possession at a standing start.

CJ Stander, James Ryan and Peter O'Mahony - Ireland's only forwards to emerge with any credit - were all to the fore as the visitors put the bit between their teeth and made hard carries. They sucked in numbers until Robbie Henshaw - Ireland's best back - powered over from close range.

Sexton stung Irish momentum with another awful kick and the scoreline was 17-5 with 30 minutes to go. England stepped up their game and then owned the ball for the next 15 minutes, all the way until Cowan-Dickie's 64th minute try sealed the deal.

At the very least - and we are in straw-clutching territory here - Ireland kept going until the end. John Cooney and Caelan Doris were positive substitutions, while Ultan Dillane and Ronan Kelleher did their cases to feature against Italy no harm. Andrew Conway was decent, too, and the injury that forced him off should not keep him out of rounds four or five. 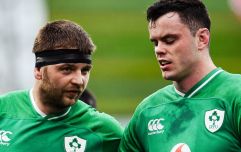 END_OF_DOCUMENT_TOKEN_TO_BE_REPLACED

The final try of the game was scored by Andrew Porter and made the closing scoreline closer than the match itself ever was. It may seem crazy to suggest, right now, but that Porter try keeps Farrell's side in the championship hunt.

Next up are Italy and several changes will be made. After that, France will be licking their lips.

OUR MAN OF THE MATCH: Courtney Lawes (England)


popular
Six minutes was all Alan Connolly needed to score two goals and set up another
Sensational scenes in Belfast as Antrim edge out Clare in a thriller
'Jesus Christ! How am I going to put up with this lad for nine weeks?!'
"Of the 37, Bundee Aki would be my 37th most expected selection and my worst rated"
Gatland comments give insight as to why CJ Stander missed Lions call
Peter Queally vaults into Bellator title picture with stunning win over Pitbull
The Garry Ringrose narrative around the Lions Tour is complete bull
You may also like
1 week ago
Tadhg Furlong declared 'single most important player for Lions touring party'
1 week ago
"It's going to be the biggest thing in this person's life, ever" - Rory Best reveals his Lions captain pick
1 week ago
When Gordon D'Arcy brought a coffee to a Joe Schmidt walk-through
2 weeks ago
Full Ireland ratings as Murphy-Crowe and Flood make the difference
2 weeks ago
Cliodhna Moloney's commendable attitude after Ireland's bumpy landing
3 weeks ago
Full Ireland ratings as France deliver resounding Dublin victory
Next Page