39 months later, one of the best rugby stories of the year happened in Glasgow

The end of a long and painful road, and tangible hope of brighter days ahead.

Monday night at Scotstoun and a picture of sheer happiness. Dan Leavy two games into his comeback and David Hawkshaw fresh from his senior Leinster debut.

In February then March 2019, Leinster lost an up-and-coming backline talent and their starting openside to devastating knee injuries. Hawkshaw, who had been captain of an Ireland U20 team on course for a Grand Slam, was injured in training while Leavy had to be stretchered off the Lansdowne Road pitch after being crumpled at a breakdown.

Both men - one 20, the other 24 - steeled themselves for long comebacks, but they must have never reckoned on the road back becoming so daunting, and seemingly endless.

The original hope, for Leavy and Leinster, was for him to return in a Guinness PRO14 game near the end of the 2019/20 regular season. The pandemic knocked that plan for six, but gave Leavy's body more time to heal. Leinster thought, at one stage, he would be good to go in August but he only made a playing return in late October, at The RDS.

On Monday, Leavy played his second straight game as he got under 20 minutes under his belt in an important away win over Glasgow Warriors. Also coming off the bench to help Leinster see out the game was Hawkshaw, a former Dublin minor hurler and star of an impressive Belvedere College schools team.

For both men, who will have learned a lot about themselves over the past while, their comeback injury comeback was 37 months (Hawkshaw 19, Leavy 18). 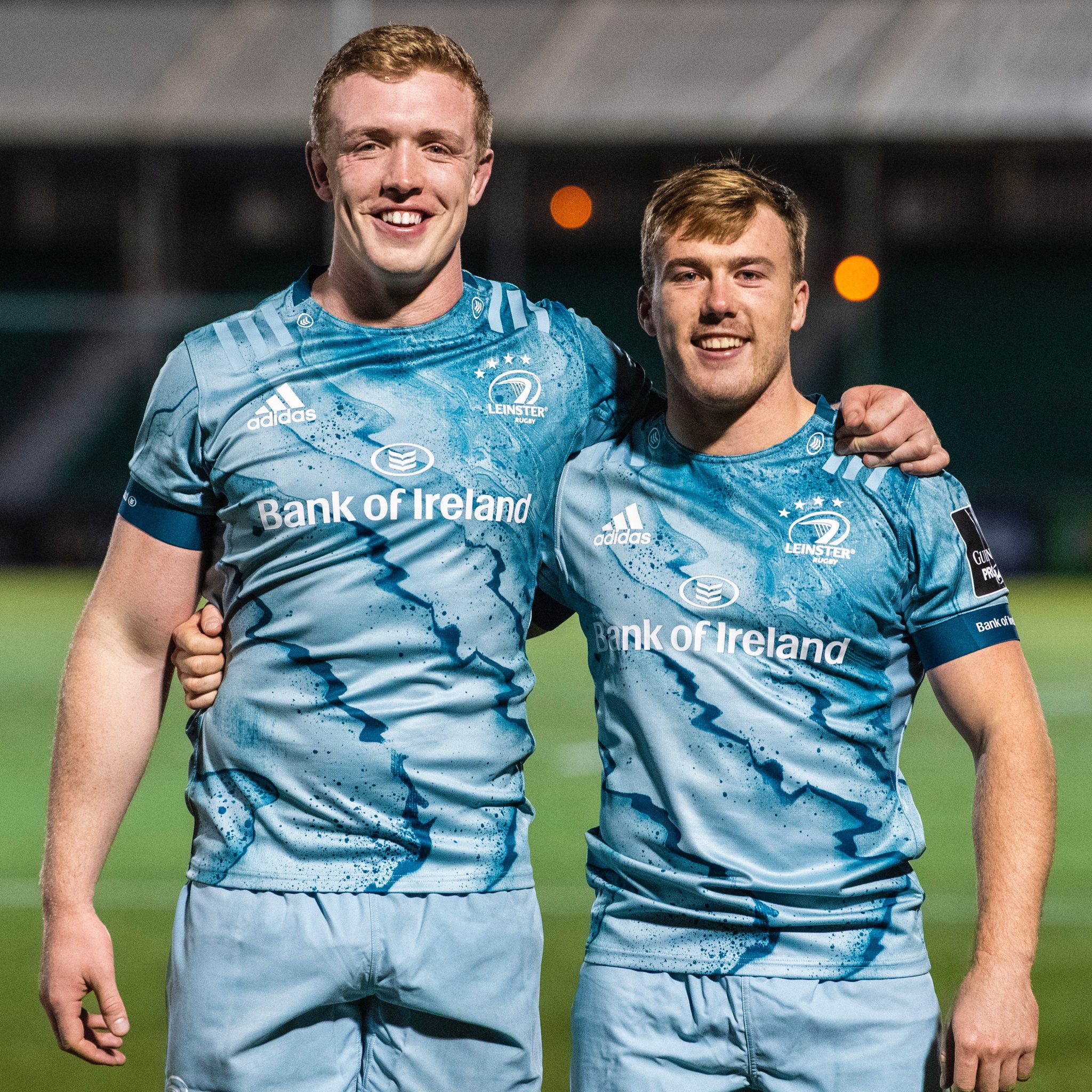 END_OF_DOCUMENT_TOKEN_TO_BE_REPLACED

The road back from injury has been long and gruelling and bot Hawkshaw and Leavy had to push back earlier, intended return dates to make sure they were good to endure the rigours of the fast and furious pro game.

Back in August, as he squinted at the chink of light at the end of a lengthy tunnel, Hawkshaw spoke about how he and Leavy had been rehabbing their respective knee injuries together, and supporting each other all the way.

"I've been lucky enough to have Dan alongside me for pretty much the whole thing. The two of us would have had similar enough injuries and it was absolutely brilliant to have Dan there to bounce stuff off. You had someone there the whole time, who was going through something similar.

"Even though I was an academy player, he'd be straight over and chatting to me like we knew each other for ages. He was brilliant and even in lockdown, he'd be staying in contact and seeing how I was getting on. Having him there, on that journey, was a massive boost for me. He's tearing it up now, which is great to see, and he has put in a ridiculous amount of work to get there."

Coming back into a team that have won 29 of their last 30 fixtures, in all competition, are a Test level openside that Paul O'Connell says 'has it all' and a promising centre that is highly rated by those high up at Leinster.

Despite the province's dominance on these shores, and in the PRO14, few would begrudge Leavy and Hawkshaw a long run of fitness and form.

popular
The SportsJOE 12 o'clock quiz | Day 286
Wayne Rooney story about Memphis Depay shows why he failed at Manchester United
Nate Diaz set a UFC record during his five-round war with Conor McGregor
"There were some tough battles but I was happy to test myself against the best"
Alex Ferguson's dismissive comments confirm truth about Jordan Henderson
QUIZ: Name the clubs to have lost in every Champions League final
"The divil you know is better than the divil you don't" - Larkin stands by Cody
You may also like
4 days ago
Darren Cave tells House of Rugby about one part of rugby he definitely doesn't miss
4 days ago
"He's ruptured his hamstring off the bone and he’s trying to get up into the defensive line"
1 week ago
"I got the scan and it was literally broken in half" - Ciara Griffin on her first Ireland training session
1 month ago
"I don’t know what his problem is with me" - James Lowe on Liam Williams clash
1 month ago
James Lowe joins House of Rugby to talk Test debuts, Liam Williams and Chris Ashton
1 month ago
Brian O'Driscoll turns tables on South Africa after Ireland's World Cup draw
Next Page