"Oh no, no, I'd probably be on TV over there, so hopefully they are doing well and I don't have to give out about them!"

For Paul O'Connell, it was like a reunion with some faces he had not seen in years. The faces he was so used to seeing before and after big matches for Munster, Ireland and the Lions.

It is Tuesday morning and Paul O'Connell's head fills almost the entire rectangle of his box on Zoom. He fires some quick jabs at rugby reporters he knows well and is considered and engaging with everyone on the call.

The former Ireland captain is a Vodafone British & Irish Lions ambassador and is helping to promote the Lions 2021 app, but before we look ahead to next summer and a date with the Springboks, he happily indulges us with some Guinness Six Nations chat.

It would be amazing, he says, for Andy Farrell and his coaching staff to capture the Six Nations title on their first crack.

"When we won two championships in a row in 2014 and '15, I was talking to ROG on the phone and he said, 'When did winning a championship and not a Grand Slam become important?' He was kind of discrediting the victory a little bit!

"It's funny because back in those days under Eddie [O'Sullivan], we never spoke about winning a championship. We always spoke about trying to win a Grand Slam. A championship was almost a second prize we weren't interested in in some ways. But when we won that championship in 2014, we realised how hard it was to do and we really celebrated it.

"It would be a massive fillip for Ireland, particularly after changing over from Joe (Schmidt) because he was an incredible coach for Ireland. He made an amazing difference to Ireland but there is a real contrast in how Andy and his coaches want to play. So it is a difficult change to make, especially after being so successful, but I think the players are probably ready to make the change. If Ireland can go to Paris for the first time ever, score four tries, get a bonus point and win the game it will be a real fillip for the new methods the new coaching staff are using." 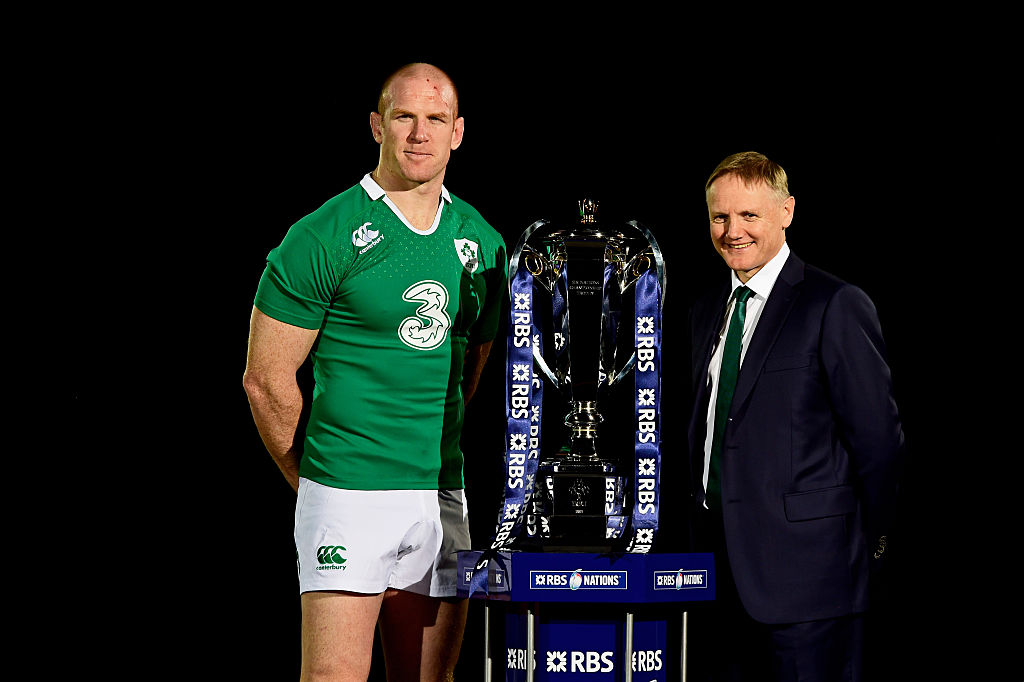 Paul O'Connell and Joe Schmidt pose with the Six Nations trophy they won in 2014, and would go on to defend in 2015. (Photo by Stu Forster/Getty Images)

Looking (much) further ahead to the Lions Tour to South Africa, O'Connell is asked what Irish players he would consider to be 'nailed on' to make Warren Gatland's squad.

He considers the question for a moment before naming just four players, and another talented Irish star that will hopefully force his way into the picture over the coming months.

"Tadhg Furlong, if he gets back (from his calf injury), James Ryan, Garry Ringrose and Johnny Sexton. They are the only nailed on ones for me. I think they’re nailed on.

"I think the bolter is Dan Leavy. There are certain players can do certain things but there are very few that can do it all and he can do it all. I watched the [Leinster vs. Zebre] game the other night and every time he carried I was seeing did he hold his knee or get up tentatively; he didn’t at all. He seemed to be very confident about what he was doing around his knee.

"He is just going to have to be a clever boy about that knee and not too brave. Leinster will be good for him in managing that. There are a few great players coming through in Irish rugby at the moment and a very small amount of them will be world class straight away and I think he is one of them. So he'd be my Lions bolter if he can stay fit and stay strong because he can do it all." 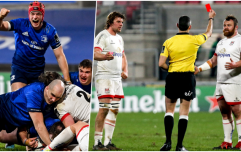 END_OF_DOCUMENT_TOKEN_TO_BE_REPLACED

British & Irish Lions head coach Warren Gatland has told us that the 2021 Guinness Six Nations will be a key proving ground for selecting his touring squad. That being said, the time to start forcing oneself into conversations and debates is upon us.

Five Irish names mentioned by Paul O'Connell, who was tour captain in 2009, but many more will be eyeing next summer and doing all they can to make the plane heading south. 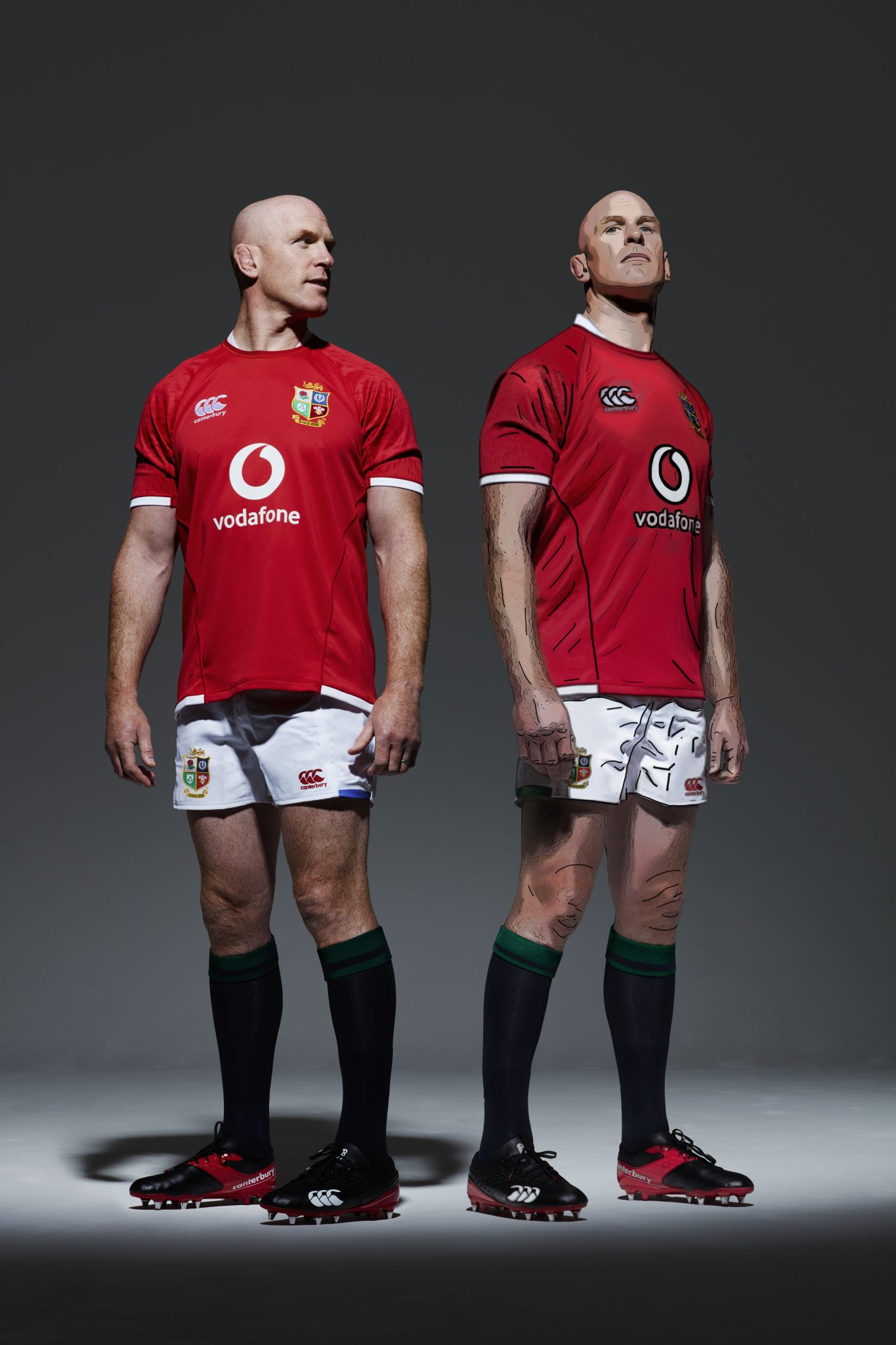 Pictured is Paul O’Connell who was today announced as a Vodafone British & Irish Lions ambassador and is celebrating the launch of the 2021 Official Lions Tour App, available to download from today, where Vodafone have announced a new ‘Digital Lions’ initiative that will allow rugby fans to virtually become a British and Irish Lion for the first time ever. Fans can create their own personalised ‘Digital Lion’, a gaming style 3D animated virtual avatar which Paul is pictured with here, developed by the team behind Fortnite and FIFA that uses the movements of Lions’ legends.


popular
Conor McGregor bought out of Proper 12 whiskey company
Sean O'Brien's parting gesture won't soon be forgotten by Scott Penny
QUIZ: How well do you remember the 2010 World Cup?
The SportsJOE 12 o'clock quiz | Day 312
Leinster reach PRO14 Final but Ulster have every right to feel aggrieved
Amanda Nunes swiftly apologises to Ronda Rousey after Dana White's update on her future
Here's a list of 23 people who own a greater share of the UFC than Conor McGregor
You may also like
1 day ago
Mike Haley magic and Bundee's blunder sees Munster reach PRO14 Final
3 days ago
Scrapping with teammates on Test week and how to put issues aside
4 days ago
"There would be a boot in the sink, a dish there, a toothbrush under the bed!"
4 days ago
Ugo Monye's Lions XV features two Ireland players and Welsh captain
4 days ago
Strong Ireland team Andy Farrell should pick to turn over Scotland
5 days ago
Welsh star backs Ringrose and Henshaw for Lions backline
Next Page