Not sure how much of Saturday evening's game they were watching...

The opening round of the 2019 Guinness Six Nations is in the record books and Scotland lead the way. Ireland, the 2018 Grand Slam champions, lie fifth after losing their opener to England.

Wales and the Scots also won, over the weekend, so it is no surprise to see players from those three teams dominate Midi Olympique's Team of the Week. England dominate with seven selections but there are Irish and French players included.

Barry Murphy and Andrew Trimble [from 6:00 below] looked back on the weekend's action in the latest episode of Baz & Andrew's House of Rugby and heard from one of that XV, Conor Murray. 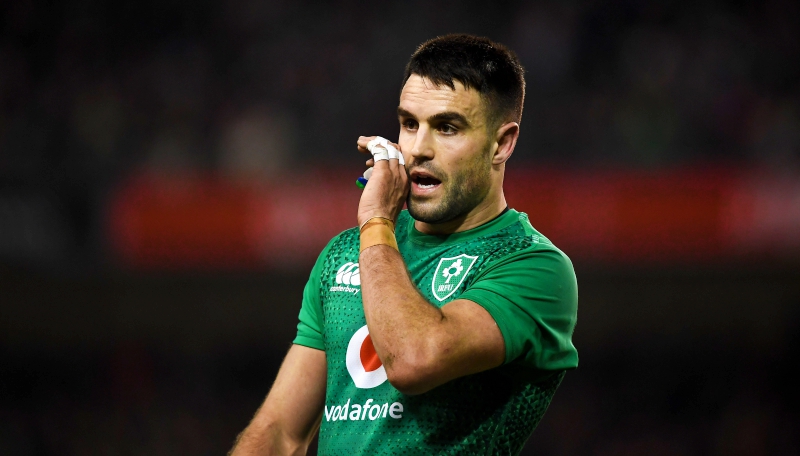 "We were off a little bit, probably physically to start things off," said Murray. "There's no science to it, we were just off it a little bit we didn't front up and just lost the collisions.

"That was that in a nutshell, obviously there are other areas we want to look at but physically we know we can be there, we can be up at that level, we were just off and we've got to sort that out. I've full confidence in this group, I genuinely do.

"We'll have a hard look at ourselves. We are an honest group, we'll regather ourselves and go again."

Murray's passing radar was slightly awry against England, due in part by the sheer physicality the men in white imposed on the fixture, and he missed a couple of defensive tackles. His box-kicking was decent but England were well prepped and dominated the aerial battle.

END_OF_DOCUMENT_TOKEN_TO_BE_REPLACED

Barry Murphy, who played a couple of season with Murray at Munster, felt it was strange that the Ireland scrumhalf made a good few clearing kicks to touch but Trimble suggested that could have been because Ireland fancied targeting the English lineout.

Ben Youngs - Murray's opposite number - had a better time of it and played his team's tactics perfectly, with willing chasers for his chips and clearances. The Leicester Tigers man did miss a few tackles and that could be why Murray was selected ahead of him in the Midi Olympique XV.

Indeed, Murray is the sole Irish representative and he edged out the likes of Morgan Parra, Tomos Williams and Greig Laidlaw. There are no Italians while Arthur Iturria is the only French inclusion.

England have seven players in the XV, with Owen Farrell and Henry Slade joining five of the forwards that helped their side to victory in Dublin.


popular
"Then we came along and we just won most competitions we were in"
"Emotions will be charged" - Sean O'Brien backing Ireland for Triple Crown
QUIZ: How well can you remember this season's Premier League results so far?
Ireland Women gunning for Triple Crown of their own
"Anyone less belligerent would have backed down..."
Carragher pushes all the right buttons and Keane delivers in gold
Kelly Cates responds to that awkward moment from Friday Night Football

You may also like
2 days ago
Baz & Andrew's House of Rugby - Live in Dublin with Scott Fardy and Fiona Coghlan
5 days ago
Baz & Andrew's House of Rugby - BOD and Andrew Conway
5 days ago
Andy Farrell names Ireland squad for crucial England game
5 days ago
Ireland expected to make only one change for Triple Crown decider
1 week ago
These three men have proved a point but are far from done
1 week ago
"CJ Stander, for all his praise, could have got carded a lot earlier that that"
Next Page