Player ratings for Ireland as England completely blow them away

The Six Nations has been blown wide open as reigning champions Ireland were blown away by England at the Aviva Stadium.

England's backline scored four tries but it was their pack that did most of the damage as Joe Schmidt's men were completely outgunned.

END_OF_DOCUMENT_TOKEN_TO_BE_REPLACED

England hared out of the traps and scored n the left-hand corner after only 96 seconds through Jonny May. Ireland responded with a Johnny Sexton penalty and a converted Cian Healy try but the English were far from done.

They had Ireland in trouble all evening with kicks in behind their lines and one such grubber forced a mistake from Jacob Stockdale and gifted Elliot Daly a try. Ireland survived another white wave just before the break but Owen Farrell kicked a penalty to make it IRELAND 10-17 ENGLAND at half-time. 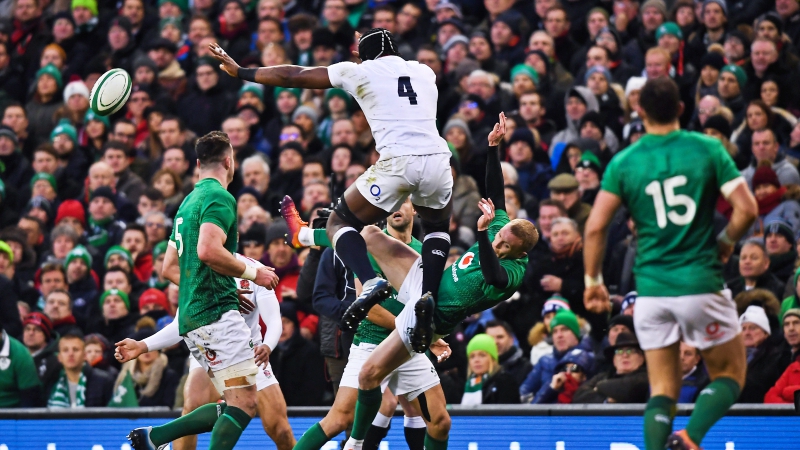 England started the second half much the better side but a forceful Garry Ringrose tackle on wen Farrell forced a turnover and Ireland, after a spell of pressure, had Sexton reduce the arrears with a penalty.

Ireland looked flat for long periods and they were out-hustled and out-thought by the English. That was magnified by another smart kick-through try as Henry Slade teamed up with Jonny May to get the match-winning score.

The exclamation points were delivered when Farrell nailed a long-distance pass and Johnny Sexton threw a dreadful pass that Slade nabbed for his second try. John Cooney scored a consolation try but England were deserving double-score victors.

END_OF_DOCUMENT_TOKEN_TO_BE_REPLACED

England went after him from the get-go. Henshaw scrambled as best he could, and carried strongly, but being on his own and chasing back for kicks made it a tricky evening. Couldn't get a pass off to Stockdale to end a promising break up the left, just before the hour mark. Did well to bat one high kick back as it looked to be heading out of play.

Sprung up out of the line and was exposed by a bullet Owen Farrell pass that put Jonny May in for the opening try. Got clattered twice - by Tom Curry and Maro Itoje - in the first 20 minutes. May have been carrying those knocks as he did not return for the second half.

END_OF_DOCUMENT_TOKEN_TO_BE_REPLACED

CRUNCHING tackle on Owen Farrell to force a much-needed turnover, 50 minutes in. One glorious take in the air to spark an Irish attack but struggled to punch or dance through the English lines.

Carried with serious intent and won an early collision with Manu Tuilagi but did not drive the white jerseys back.

Ireland's most dangerous player in attack - made one electric break over on the right wing - but made a hames of a grubber kick to gift Elliot Daly a try.

Lacked his usual fizz but was put under pressure by England's high defensive press. Gave away a penalty for hands in the ruck, on 60, that Owen Farrell failed to punish Ireland for. Threw a poor pass at the end to gift Slade a second try. 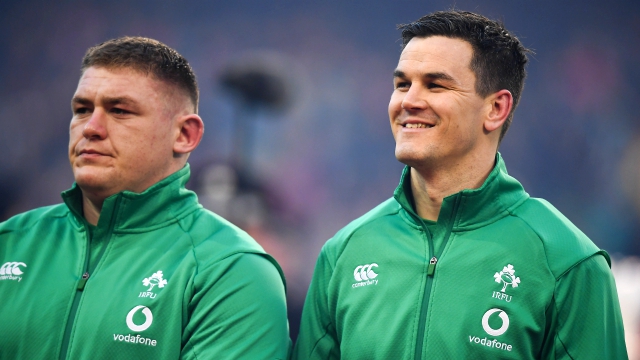 His passing was not quick as dialled in as it needed to be but, like Sexton, he was put under pressure all evening. Box-kicking was good again but England were very competitive in the air.

Scored a try after Ireland were camped on the English line for several minutes. Tackled feverishly and was a real presence at the breakdown.

Lineout faltered on a couple of occasions with one crooked throw putting his team under pressure before the break. Tackled well and worked hard in the loose.

Up to his brilliant, bullish best. Made a couple of strong carries and tackled ferociously. Sucked in men and still go passes away, and even played emergency scrum-half on a couple of occasions.

Quiet enough in the loose but was his usual, awkward self at the breakdown and wrangled a few Englishmen to the ground.

Did well enough but fewer big carries to get his team on the front foot.

Gave it his all but looked a far bit off 100%. Got gassed on the outside a couple of times and was not the only man outdone by his opposite number. His best moment was shoving Kyle Sinckler.

Busy as a hive of bees and left it all out there. Had registered 16 tackles (0 missed) after only 50 minutes. England had his card marked, though, and he was barrelled out of more than a few breakdowns.

The fulcrum of so much for Ireland - huge tackle numbers, rucks hit and carries - but most of his work was done at close quarters. Called ashore after 65 minutes of emptying the tank.

Consolation try for the under-used scrum-half.


popular
QUIZ: Which is the correct GAA crest?
Andy Moran reveals which former Mayo teammate was the ultimate team player
Paul Galvin is not one bit impressed with the new Kerry jersey
"It’s hard not to respect Johnny, even if you don’t like him!" - Dan Biggar
Ireland Under-17 defender Cathal Heffernan 'in talks' with AC Milan
"I was in the Blackrock end goal looking up to the heavens saying, "Get us through it" - Kerins following his late father's footsteps
Kieran Trippier pinpoints Daniel Levy's biggest transfer mistake
You may also like
3 days ago
"I have to come into this camp and do what I can to get the No.2 jersey" - Rob Herring
3 days ago
"It's not a stepping stone any more" - Connacht pride in Test-ready stars
4 days ago
"I had a point to prove" - Conor Oliver on choosing Connacht over Leicester Tigers
1 week ago
"I saw a skinny boy from Ireland, standing in a big goal" - Jurgen Klopp praises Caoimhín Kelleher's development as a goalkeeper
1 week ago
Predicting Ireland's starting XV for Wales after Andy Farrell squad announcement
1 week ago
Jamie Heaslip delivers Jack Carty reality check, hours before Ireland call-up
Next Page