Conor Murray and Finn Russell would be the ideal combination to keep the Springboks on their toes, this summer.

Ever since he first broke into the Ireland team, Murray has never been too far away from Johnny Sexton.

END_OF_DOCUMENT_TOKEN_TO_BE_REPLACED

In all Tests - for Ireland and the Lions - Murray has 85 starts. 64 of them have been with Sexton as his half-back partner. The pair started at 9 and 10 in two Lions Tests, in 2017, and many expected them to do likewise in South Africa, especially after the thumping Six Nations win over England.

In was not to be, however, as Warren Gatland took a risk by leaving Sexton out of his 37-man squad. Murray made it, for what will be his third tour, and he is not content with making up the numbers.

"Having started every Test on the last tour," he says, "anything less than that, this time, would leave a bad taste in your mouth. That's where my head is at, at the moment, having got on the plane."

On House of Rugby Ireland [LISTEN from 8:30 below], Murray spoke about his potential half-back partners in South Africa, and how Simon Zebo has given him the heads-up on Racing teammate Finn Russell. 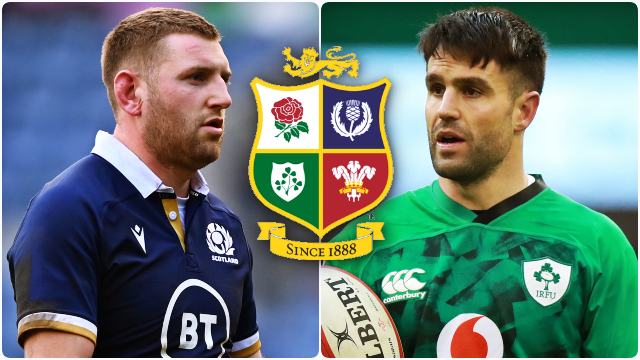 Russell has been playing with Simon Zebo, one of Murray's best friends in the game, for the past two seasons. While Zebo himself was an outside shout to make the Lions, Russell's club form and his return to the Scotland fold had him in the mix for his second tour.

END_OF_DOCUMENT_TOKEN_TO_BE_REPLACED

The Scot was one of 'The Geography Six' on the last tour, but did get game-time in a midweek match. With Gregor Townsend installed as backs coach, Russell's chances of making the plane shot up.

"I’m sure I’ll get all the info out of Zeebs, about how Finn likes to play the game," says Murray.

"I met him a few times. He’s a real good fella. He’s obviously a fella that likes to play off-the-cuff. Ridiculous skills. Can pull out some ridiculous things, and that come off. There’s a risk with playing that way, as well, but, yeah, he’ll definitely make things interesting.

"Over the past two years, he’s been in special form, and Racing have come really close to winning silverware, especially the European Cup, and he was a big part of that. He’s been going real well, and Owen [Farrell] and Dan [Biggar] there, I think they’re all in really good form.

"That’s part of the magic, going on tour, it’s playing inside these guys, learning what they’re about and really experiencing it. Yeah, Finn is going to be fun, I’d imagine."

It is interesting to note, then, that former Lions head coach Ian McGeechan, who was in charge for the 2009 tour to South Africa, has selected Murray and Russell in his Test XV.

In his selection, for The Daily Telegraph, there is an even spread of four players from Ireland, Wales and Scotland, with three England players also getting the nod.

END_OF_DOCUMENT_TOKEN_TO_BE_REPLACED

No Owen Farrell, Mako Vunipola or Jamie George in McGeechan's Test side, but none of that trio could claim to have kicked the door down in the Six Nations.

The combination of Robbie Henshaw and Chris Harris may have seemed unlikely, back in January, but both men have delivered for club and country over the past five months. For Henshaw, he has been in top form since rugby resumed, last August, following the Covid-enforced break.


popular
"Johnno went, 'We’re not moving! You're trying to mess us about!'" - Ben Kay recalls red carpet controversy
"Some of the generals wanted me executed" - Irish rugby legend on flag caper that went wrong
Tommy Fury spotted having the time of his life at student night out
Pep Guardiola refuses to apologise to Man City fans after attendance plea
Garry Ringrose challenges "pretty ridiculous" changing conditions for women's players
Deontay Wilder calls Tyson Fury 'one of the biggest cheats in boxing'
Peter Keane's future as Kerry manager in doubt after strange statement