Connacht's annus miralibis ended on a bum note as they went down 9-16 to rivals Munster at a storm-swept Sportsground on New Year's Eve.

A converted Rhys Marshall try and two Ian Keatley penalties were enough to keep Rassie Erasmus's men top of the PRO12, while injury-ravaged Connacht face a mammoth task to return to the Champions Cup next season.

The defending champions are in eighth place, a whopping 22 points behind Munster and in a real battle to secure one of the four qualification spots potentially open to them. 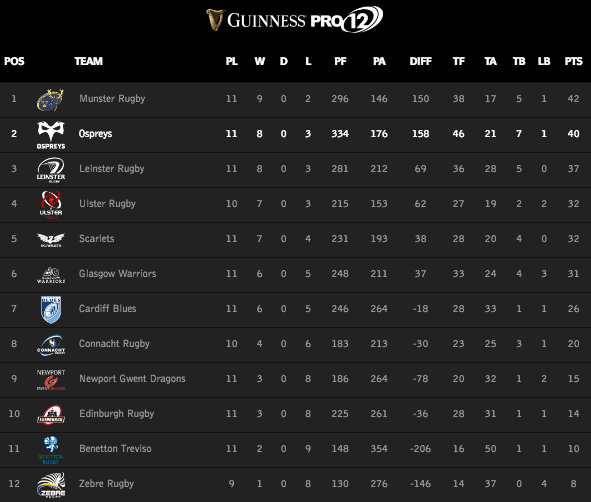 Unusually enough for the very vocal, very committed Clan, the game in Galway ended to a chorus of boos, directed at replacement referee Dudley Phillips (below), who stepped in for the ill David Wilkinson at short notice.

Munster, it seemed, had too many players on the field for the final play following the sin-binning of Duncan Williams. In the confusion Dave Kilcoyne and Jack O’Donoghue (who had been replaced by James Cronin for the scrum) both returned to the pitch, giving Munster 15 players in the final moments.

There was debate over whether or not Kilcoyne was free to return having sat out his 10 minutes, but Munster definitely had one if not two players more than they should on the pitch. 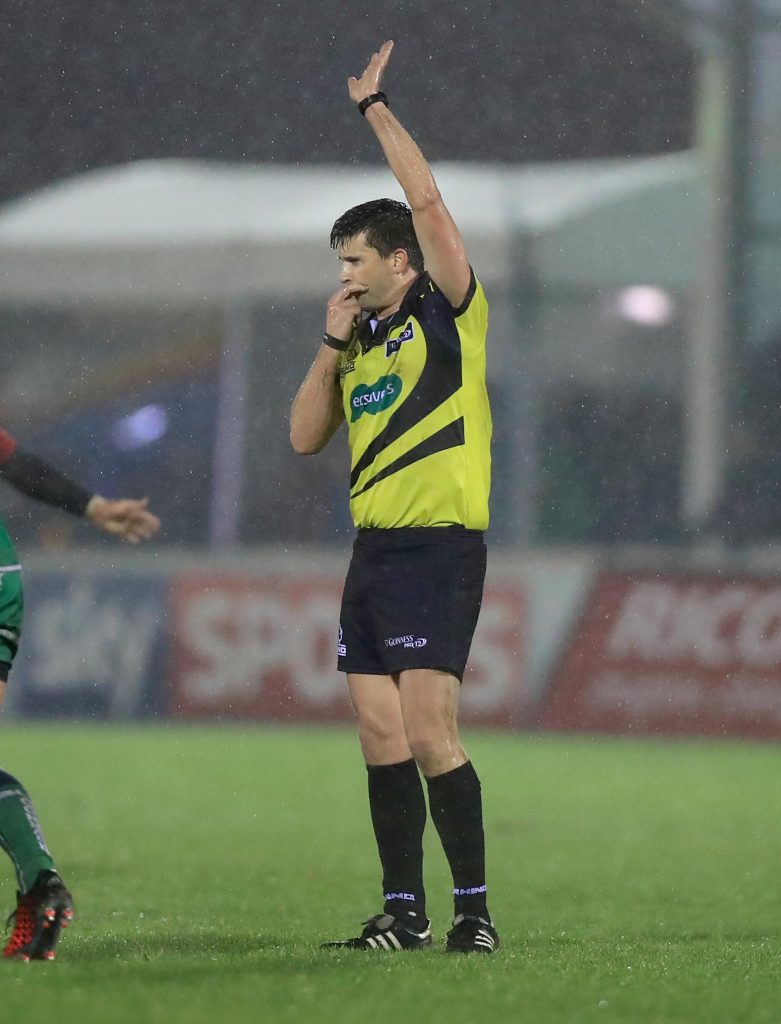 The advantage was far from decisive, but Connacht head coach Pat Lam was certain the officials had made a mistake, which angered the Connacht faithful

"The fourth official got it wrong at the end, we were playing against 15 men when it was supposed to be 13," he said.

"We will leave that to the referee’s report," added Lam, who will have been conscious of not making too much of a fuss after his side got a very decisive rub off the green against Wasps.

END_OF_DOCUMENT_TOKEN_TO_BE_REPLACED

The last time they played in Galway, Naulia Dawai's last gasp try against the English side was allowed to stand, despite it coming off a lineout that wen Connacht's way after Jack Carty found touch with a penalty once the clock had already hit 80 minutes.

Seeing as the EPCR gave Connacht the rub of the green with that decision, they were unlikely to be too bitter about this.

However the gut reaction of the fans did need to be explained to many.

we counted 15 Munster players on the field when they should have been down 13. Great effort by the lads in such conditions

there's sportsmanship and then there's calling out the ref. A few howlers from the ref tonight!

Some were reminded to rugby karma, however.


popular
"I remember someone saying, 'This guy's the best of the lot of them. Just wait for him'" - Brian O'Driscoll
"I trained with a guy that was born in 2004 the other day. We reckoned Earlsie could be his father!" - Peter O'Mahony
Nigel Owens on most annoying players to referee (three of them are Irish)
Six All Blacks but no Ireland players in world's top 20 list headed by Antoine Dupont
The story of the GAA's greatest ever minor
"I asked one question and lads slagged the arse off me!" - Johnny Sexton on Roy Keane chat
Longford GAA movie explores the tale so many young footballers can relate to
You may also like
1 week ago
Munster's season thrown into crisis after more Covid positives confirmed
1 week ago
Munster and Cardiff remain in Cape Town as new Covid strain confirmed in Welsh squad
2 weeks ago
"The gap just opened up... I had to take it!" - Craig Casey on making every chance count
3 weeks ago
"I take great solace that others won't know the pain we know" - Axel's life-saving legacy
1 month ago
Joey Carbery put through the wringer before winning it for Munster
1 month ago
"I won't let that happen!" - Peter O'Mahony riled up by Connacht star
Next Page