Even with 60% of the starting berths, some South African fans are not happy.

Ahead of Ireland's highly-anticipated Test match with South Africa, as part of the Bank of Ireland Nations Series, RugbyJOE put a combined team vote out to the public.

Rugby fans were asked to vote on their preferred players - Irish or South African - based on the two XVs selected for the match by coaching counterparts, Andy Farrell and Jacques Nienaber.

END_OF_DOCUMENT_TOKEN_TO_BE_REPLACED

In the end, and after more than 75,000 votes, we were left with the world champions getting nine of the 15 starting berths.

The Boks had five players in the combined team forward pack, with another four in the backline. The Irish players that made the (voting) cut were:

In terms of biggest blow-outs, Eben Etzebeth, Siya Kolisi and Cheslin Kolbe all pulled in a lot more votes than opposite numbers Tadhg Beirne, Peter O'Mahony and Hugo Keenan. 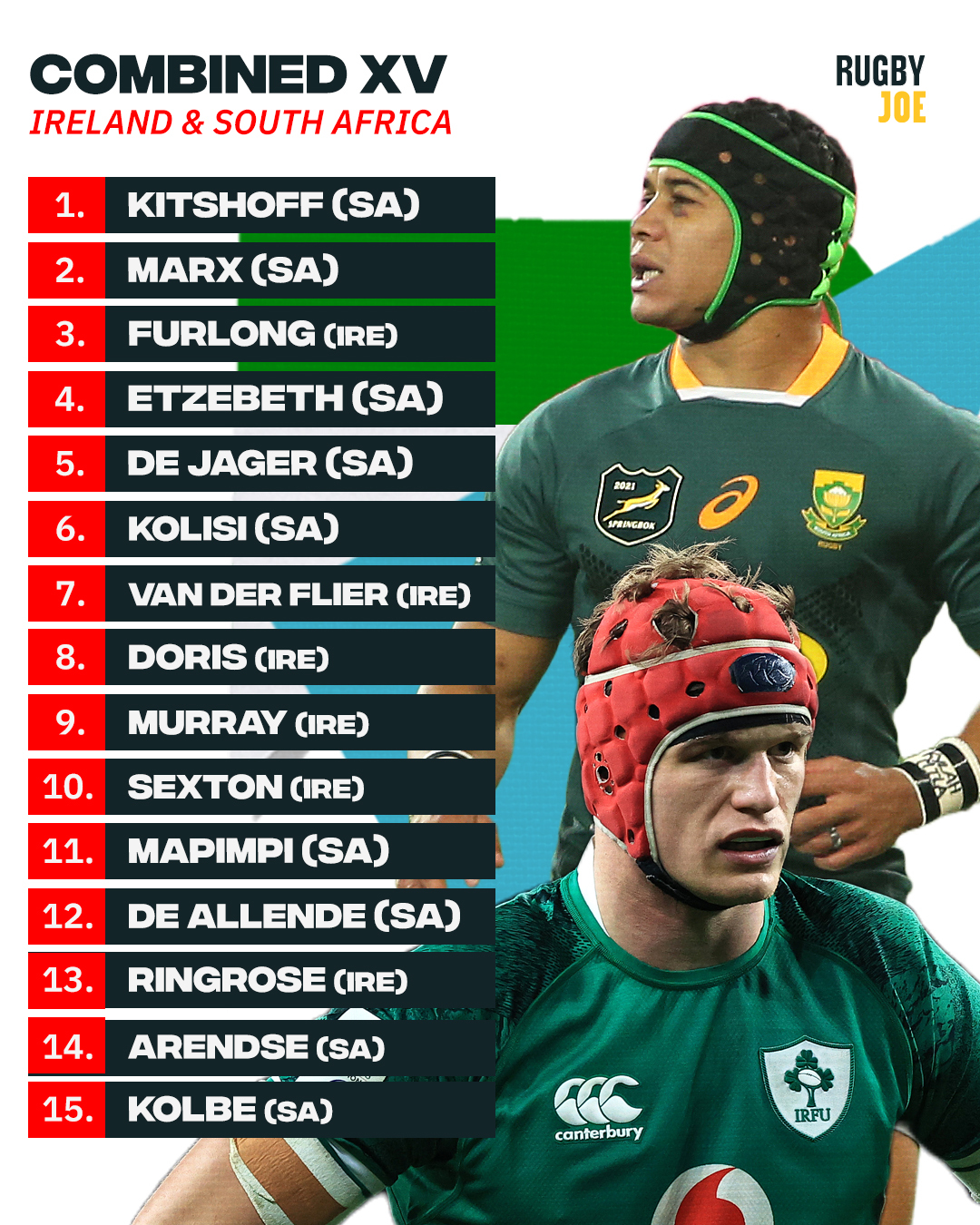 Many South African supporters took to the comments section(s) and demanded to know where quality centre Lukhanyo Am was. The Sharks star is currently injured, so was not eligible for the vote.

END_OF_DOCUMENT_TOKEN_TO_BE_REPLACED

Damien De Allende beat Robbie Henshaw for the inside centre spot, but the Leinster star will now miss out on the game - replaced by Stuart McCloskey - after being ruled out of the game, on Friday.

While some fans argued the cases for Mack Hansen and Peter O'Mahony to make the cut, other Springbok supporters decried the absence of former World Player of the Year, Pieter Steph du Toit.

If it is any consolation to them, Josh van der Flier - the man that took in more votes than du Toit - is expected to be nominated for that award, later this month.