The man was relentless.

There were suggestions, leading into Ireland's Six Nations encounter with Wales, that CJ Stander's place in the back row could be under threat.

Stander's form had certainly done nothing to suggest that he was in line to be dropped but certain quarters had mused on whether Jack Conan could add more dynamism and slick passing to this Ireland team. Such talk proved unfounded and Stander delivered another impressive performance at No.8.

END_OF_DOCUMENT_TOKEN_TO_BE_REPLACED

The Munster man made a couple of big carries in the first half - barrelling into Josh Navidi and knocking both Ken Owens and Scott Williams backwards. All told, Stander made 21 carries and gained 43 metres for his team.

Ireland turned to Stander, Dan Leavy and Cian Healy to get them on the front foot and all three did not disappoint. They made early impacts, gained confidence from busting in-roads and both Leavy and Healy scored tries.

Stander made seven of his eight tackle attempts and both carried and cleared out effectively in the lead-up to Bundee Aki and Healy's tries.

When Rory Best was called ashore, Stander took over the captaincy duties. It was him that took Conor Murray at his word and allowed him to go for the posts with that crucial, late penalty to make it 30-20. 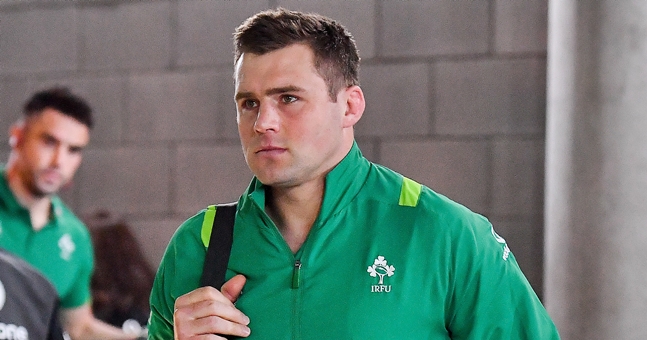 END_OF_DOCUMENT_TOKEN_TO_BE_REPLACED

Another aspect of Stander's contribution to the teams he plays in has to be his role as on-field motivator. All through the game, Stander was heard chirping away over referee Glen Jackson's team. He rarely stopped, from minute 1 to 81.

At scrum-time, Stander was geeing his pack up each and every time.

END_OF_DOCUMENT_TOKEN_TO_BE_REPLACED

Ireland won a crucial penalty after mauling the Welsh to bits and Stander was right up on Peter O'Mahony and in his face - "YESSS!! Yes Pete!"

He was still out there at the death and could be heard whopping away as Jacob Stockdale intercepted Gareth Anscombe's desperate, slung pass to seal Ireland's win at 37-27. Jackson's mic caught Stander absolutely loving the moment. 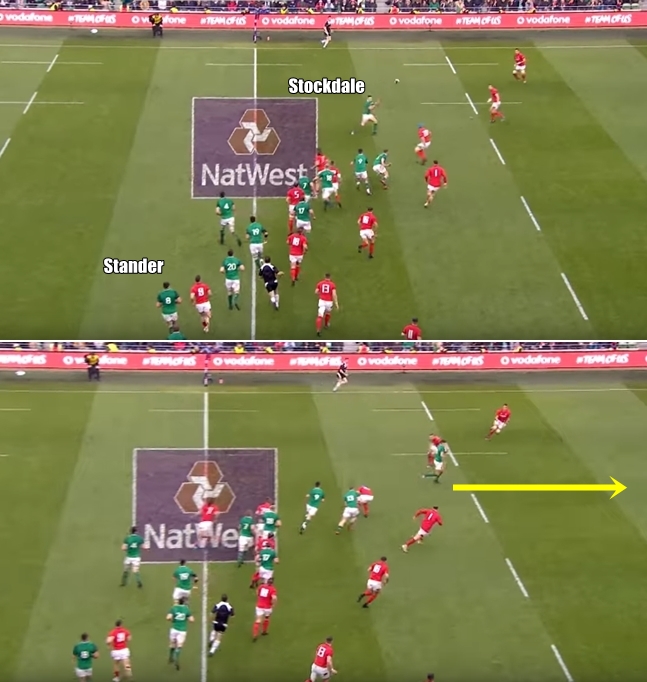 At that point, as Jackson sets off in pursuit of the play, the TV camera cut off and Stander's cries drifted away.

As the likes of Conor Murray, Quinn Roux and Joey Carbery converged on Stockdale, Stander could be found around the Welsh 10-metre line. His shoulders slumped in that knowing sensation of a job finally complete.


popular
Kilmacud Crokes to counter Glen's objection over extra players in All-Ireland final
"He's a serious specimen, 6 ft 3 as well, so he's an incredible athlete" - Geaney hails O'Connor's impact
January transfer window 2023: Follow the latest updates live in our hub
"It's very clear how I felt about it. I had a very definite view on it" - McEntee on Dunboyne's 2005 semi-final saga
"He didn't give me that jersey back!" - Johnny Sexton on new rival Jack Crowley
Roy Keane on Man United's two most improved players since Ronaldo left
Roy Keane's threat to Cesc Fabregas about 'pizza incident' has panel in stitches
You may also like
3 days ago
Liverpool reportedly selling Caoimhin Kelleher for Jude Bellingham funds
3 days ago
Robbie Henshaw on his life-long friendship with Bundee Aki and Netflix documentaries
5 days ago
Evan Ferguson sends Soccer Saturday panel bananas with late equaliser
5 days ago
Eamon Dunphy blames Roy Keane's behaviour for Declan Rice choosing England
6 days ago
Can you name the Republic of Ireland Premier League player from their wikipedia?
1 week ago
Kieran Treadwell the most unfortunate Ireland player to miss Six Nations call
Next Page