CJ Stander was never away. He never really goes away.

2019 was a brusque slap in the face for Irish rugby and CJ Stander was proved human on the Six Nations and world stage. He was not the only one, but he took more than his share of grief.

Because Stander followed the game-plan of his head coach, Joe Schmidt, to a tee, he was often the target for complaints about one-out, unimaginative rugby. Stander did as was ordered but Ireland's game-plan looked out-dated against the likes of Japan and New Zealand. The galling shame of it was that it happened on the biggest stage of all.

Stander then returned to duty for a Munster side that are short of a few class players and who were not helped by being placed in the Champions Cup group of death. There were glimpses of great but Stander was mostly good. Sometimes he was average.

With Max Deegan, Rhys Ruddock, Josh van der Flier and Caelan Doris all doing wonders for Leinster, there were quite reasonable calls for new Ireland head coach to go with a true blue back row. Farrell did go with Doris and van der Flier for the opener against Scotland but an early concussion for Doris saw Peter O'Mahony sprung from the bench and reunited with Stander.

Both men put in outstanding performances against the Scots and they were retained, at 6 and 8, against Grand Slam champions Wales. If anything, both upped their games from last week.

O'Mahony stole a lineout 22 metres from the Welsh line and was as pugnacious as ever. Stander was immense as he secured three breakdown turnovers in 45 minutes and made it a dog-fight all afternoon at ruck-time. He made less carries (9) and tackles (7) than usual as he set about Welsh rucks with an insatiable hunger. 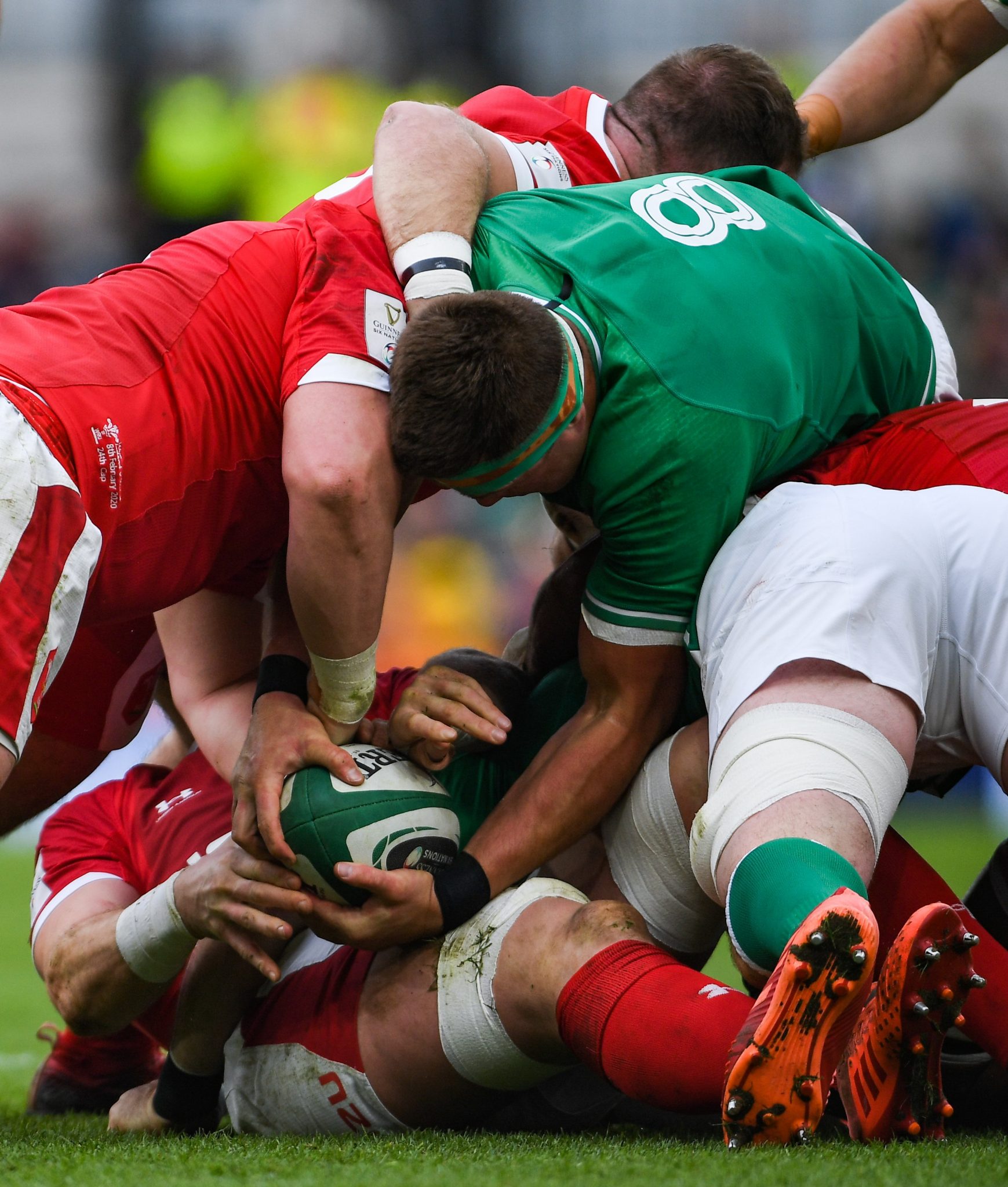 He almost had a fourth turnover on the Wales 10-metre line but referee Romain Poite called again him. If that was borderline, the next penalty against Stander was plain harsh. With Wales sealing off, Stander dipped over and had his hands on the ball until a Welsh forward lifted one of his standing legs. Farrell felt Stander's hands were on the ball, and his feet planted, long enough to win the turnover but Poite did not agree.

There were no complaints in the final minute when Stander was pinged for going off his feet. He was shown a yellow card for what amounted to constant ruck infringements and the decision was made moments after he was announced as man-of-the-match.

As he made his way to the sideline, his day's work prematurely done, the crowd rose to give Stander a huge ovation. Following his side's 24-14 win over Wales, Farrell said:

"He was harshly done by I thought on one or two. He was awesome.

"He's a guy that's come in for a little bit of stick as well and two man-of-the-match performances says it all about the guy. I've never seen a standing ovation for a yellow card before but he deserved it."

END_OF_DOCUMENT_TOKEN_TO_BE_REPLACED

The last 12 months have been a trial for Ireland and a trial for Stander. The Munster man has never shirked.

He always stands up and always makes the carries. He may have days when he is bounced back but he keeps calling the ball on himself. He has got the plaudits after these first two wins.

He will know, though, that there is much more to be done but you just know he'll be front of the line, ready to go again.

popular
Conor McGregor bought out of Proper 12 whiskey company
Sean O'Brien's parting gesture won't soon be forgotten by Scott Penny
The SportsJOE 12 o'clock quiz | Day 312
Leinster reach PRO14 Final but Ulster have every right to feel aggrieved
QUIZ: How well do you remember the 2010 World Cup?
Here's a list of 23 people who own a greater share of the UFC than Conor McGregor
QUIZ: You have 90 seconds to answer this tricky football question
You may also like
4 days ago
"There would be a boot in the sink, a dish there, a toothbrush under the bed!"
4 days ago
Ugo Monye's Lions XV features two Ireland players and Welsh captain
4 days ago
Strong Ireland team Andy Farrell should pick to turn over Scotland
5 days ago
Welsh star backs Ringrose and Henshaw for Lions backline
5 days ago
Full text of Craig Casey's interview after lively Ireland debut, and initiation song
5 days ago
Ireland release Craig Casey, Bundee Aki and 11 more back to provinces
Next Page