CJ Stander and a devastating play in two acts

It will not be as simple against Leinster, on Friday, but the Munster No.8 is ready for the challenge.

25 minutes into Munster versus Connacht, at the Aviva Stadium, and CJ Stander was having fun. Had there been fans in attendance, they would have been baying for more.

Both sides tore into each other from the get-go. This was two teams let from the cage and set to it. One had a semi-final spot to earn while the other waned to leave the 2019/20 tank empty after the final game of a season like no other. Discipline was shabby from both sides and there were a few flare-ups to keep everyone's meter ticking over.

Abraham Papali'i had already thundered into Stander on two occasions - looking to claim alpha status - and Stander was grinning broadly. These are the battles he plays the game for. Elsewhere on the pitch, Damian De Allende had already delivered a mighty fend on Colm de Buitlear that saw the Connacht winger require a few seconds before he rejoined the fray.

12 minutes into the game, Stander had already won two turnovers at the breakdown and the furnace was hopping. He received a pass from De Allende and was confronted by de Buitlear, out wide. In a nano-second, Stander made the call and he gunned for young winger. It was a devastating play in two acts. 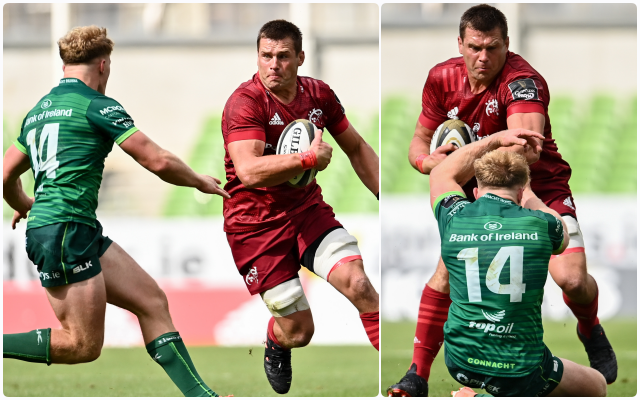 The aim was simple - bounce de Buitlear then dragged in Tiernan O'Halloran (the Connacht fullback) to cover and get an offload away to set Keith Earls free.

It almost worked, but Connacht outhalf Conor Fitzgerald - of Munster stock himself - made the covering tackle on Stander and allowed O'Halloran to stay on Earls. For de Buitlear, who has a handful of senior appearances for his province, it was a highlight reel welcome to the big leagues.

“I’m here for my appointment?”
“Did you book online?”
“Yeah, but I forgot my mask”
“It’s OK, Mr Stander has spares”
“That’s brilliant I can’t wai-"

END_OF_DOCUMENT_TOKEN_TO_BE_REPLACED

De Buitlear is highly rated by Andy Friend and his coaching staff at Connacht. The 22-year-old will be as eager as any of his teammates to get back for a rapid turnaround 2020/21 pre-season and get more outings where he can test himself against the best.

For Munster, they must be delighted with how Stander is playing. Despite that toasting of de Buitlear, the Munster and Ireland star has made only marginal games on his 21 carries since the return of the Guinness PRO14. It is at the breakdown where Stander has been most effective. He has won seven turnovers for his side and Leinster will be studying tape of his two showings before they face Munster in Friday evening's semi-final.

Munster head coach Johann van Graan has been pleased with his No.8 in his first two games back. He commentS:

"I think CJ has worked on his breakdown detail but, in fairness to the whole squad, everybody is working on that. What I said back in lockdown, the way that the laws are applied currently, poachers will get rewarded.

"We've got to find good balance though, we've burned some numbers in the breakdown as well, so the balance between a poach and having numbers on feet. But between CJ, Tadhg [Beirne], Pete, Chris [Cloete], then Damian and Chris Farrell, we've got a good mix of poachers on the pitch."

"It's new to everyone and we're all trying to get a handle on it," says Munster captain Peter O'Mahony of the new breakdown law interpretations. "Johann is right, at times our decision making is poor and we get penalised as a result. It's something we're going to have to address. It's obviously rewarded a couple of times but we can't be looking for steals at every breakdown." 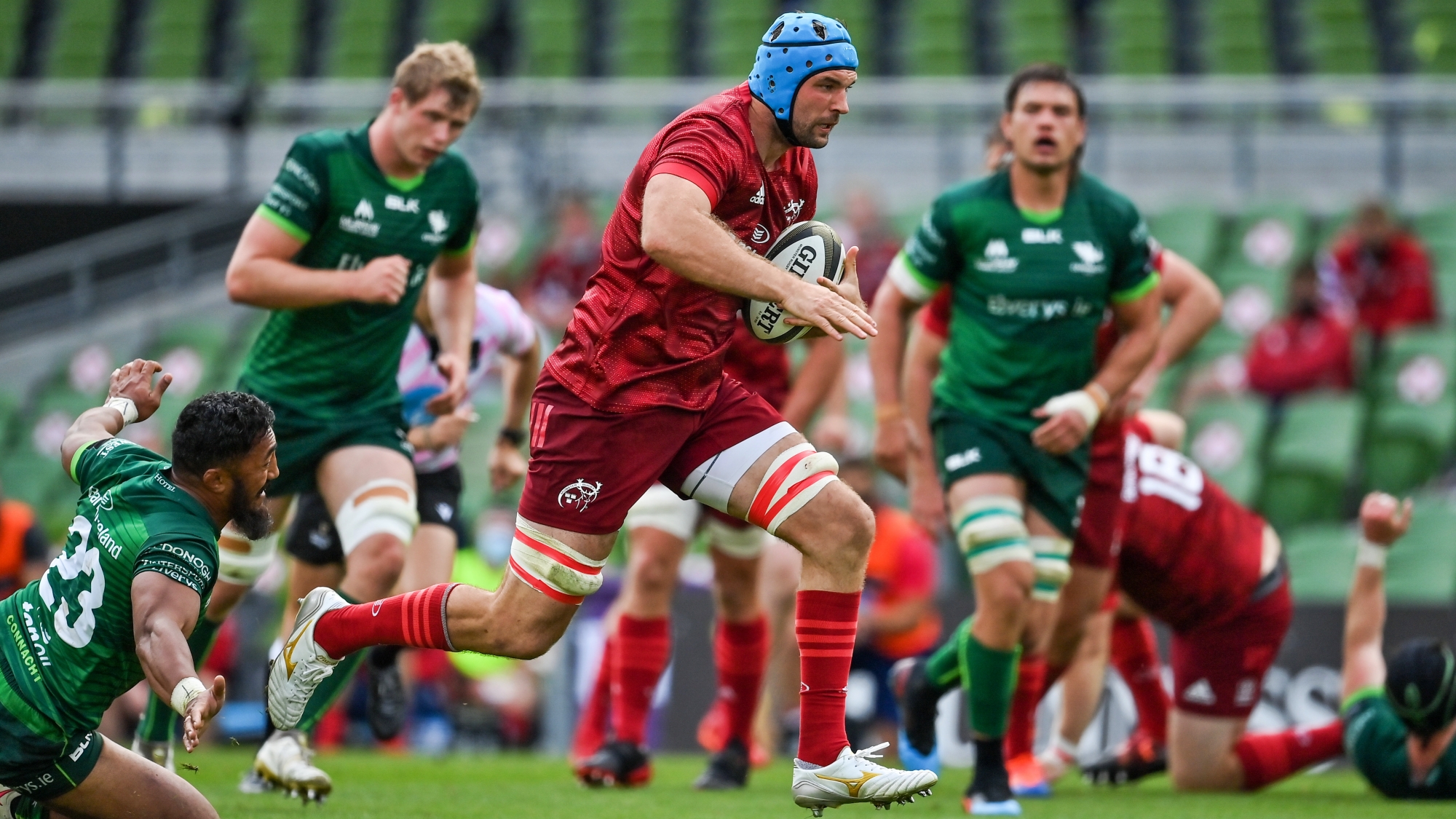 Heading into that semi, van Graan will be delighted with the performances of Beirne and fellow lock Fineen Wycherley. RG Snyman's loss to that horrible ACL injury was a heavy blow to the province but, in the short term at least, Munster have a second row that can cause Leinster problems.

"Tadhg really played well," says van Graan. "I felt it was a good performance from him and Fineen and Billy coming on to close out the game.

"That's the good thing about a quality squad, you need a squad. It would have been great to have RG play with these guys but that's the landscape for the next few months. We're very happy with the performance of Tadhg and it's good that we've got three locks who have played really well."


popular
"There were some tough battles but I was happy to test myself against the best"
QUIZ: Name the clubs to have lost in every Champions League final
Chris Barrett's tackle stats against Dublin are unprecedented
"The divil you know is better than the divil you don't" - Larkin stands by Cody
QUIZ: Name the Man United XI from the last time they led after 17 games
Teammates XI Quiz: Liverpool – 2005 Champions League Final
QUIZ: How many of these obscure Manchester United and Liverpool players do you remember?

You may also like
2 weeks ago
"It’s a jersey that I’d never swap or give away for no amount of money" - Ian Keatley
4 weeks ago
Danny Care accuses Munster players of 'rolling around and diving'
1 month ago
"It's something I have been pushing towards since I was very young" - Shane Daly
2 months ago
"It was rock bottom... I was going to pack my bags and start farming" - CJ Stander
2 months ago
"I could feel that connection at Soldier Field. Axel was there, 100%" - CJ Stander
2 months ago
"There is no doubting Baird is a future Irish second row, long-term" - Paul O'Connell
Next Page