Ulster's reward for winning all four games is a meeting with the reigning champs.

The pool stages of the Champions Cup wrapped up, this afternoon, with a couple of thrilling finishes and important results.

Heading into the final day, after the EPCR were forced to cancel three more matches due to Covid cases, it was confirmed that all four Irish provinces would be in the European knock-out stages for the first time ever.

END_OF_DOCUMENT_TOKEN_TO_BE_REPLACED

It was just a matter of who each side would be facing in the Last 16.

Starting with the highest ranked of the Irish provinces, Ulster [second in Pool A] will face reigning champions Toulouse over two legs, in April. Ulster beat Clermont in Belfast on Saturday night, and are not backing down from talk of them targeting their second European Cup.

Leinster thrashed Bath at The Rec on Saturday afternoon, and finished third in Pool A. They will face Connacht in the Last 16. One match will definitely be at The Sportsground, but Leinster could seek to play their 'home' game at the Aviva Stadium, especially now that full crowds are allowed back at matches.

That left Munster waiting to find out who they would play, after their win over Wasps. In the end, they learned it would be an old English foe. 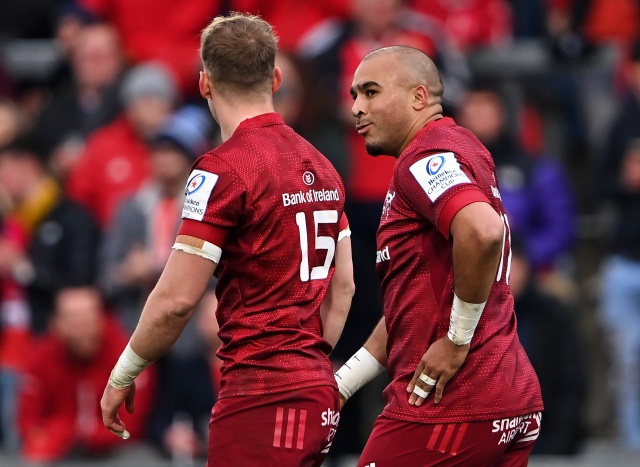 END_OF_DOCUMENT_TOKEN_TO_BE_REPLACED

Munster will face Exeter Chiefs in the Last 16 after the English side lost away to Montpellier. The French side raced into an early lead, only for Chiefs to mount a stunning comeback.

Montpellier rallied to edge 27-36 ahead then Cobus Reinach scored an intercept try after running most the length of the pitch. That try not only put Montpellier eight points clear but it secured a try-scoring bonus point that eliminated Glasgow Warriors from the Last 16 picture.

Munster twice faced Exeter in the 2018/19 Champions Cup pool stages. The Irish province beat them in Limerick and drew 10-10 at Sandy Park.

The first legs will take place from April 8-10, with the second legs on the following weekend