As opening day auditions go, the Ireland centres will have been very pleased with their contributions.

Following the British & Irish Lions' 28-10 win over Japan, Dan Biggar was asked what it was like to play with Ireland stars Conor Murray, Bundee Aki and Robbie Henshaw in close proximity.

The Lions have only seven Ireland players in their 37-man squad, and all seven of them started against the Japanese at Murrayfield. Five of them are well set, in these early stages, for heavy involvement in the Test Series against South Africa. Wales outhalf Biggar commented:

"Bundee and Robbie were excellent outside and Conor just brings that element of control... Robbie was unbelievable. He was everywhere. Big hits, covering tackles, getting us going forward. His chat was excellent, he's very good in the air.

"You can see why Johnny [Sexton] has played so well for so many years, with that quality of players around him."

END_OF_DOCUMENT_TOKEN_TO_BE_REPLACED

Biggar was not the only one raving about Aki and Henshaw. On the latest episode of House of Rugby [LISTEN from 9:00 below] Sean O'Brien and England star Jack Willis talked up the two lads that started their beautiful rugby friendship in the West of Ireland. 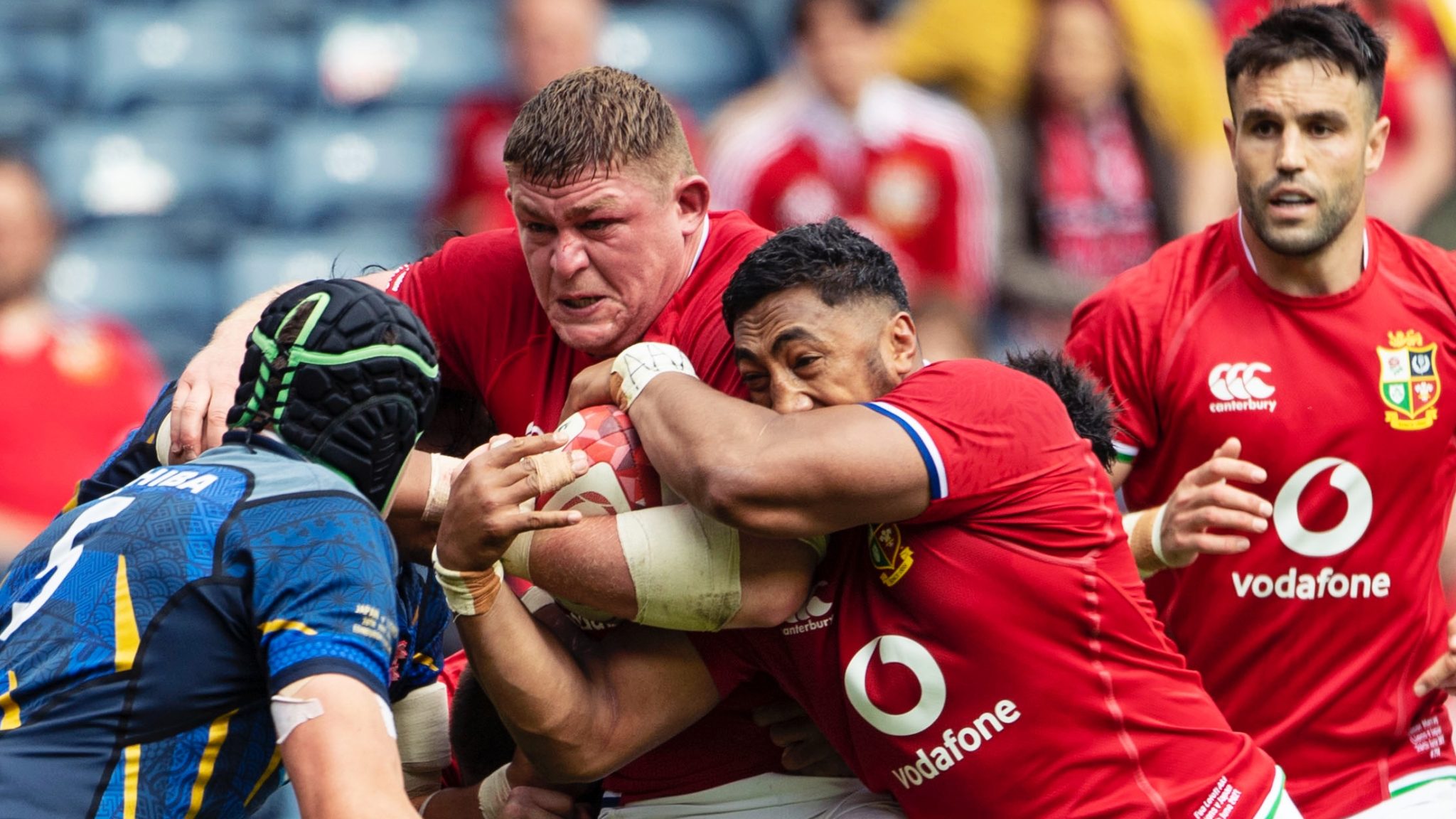 While Elliot Daly and Owen Farrell may both see minutes in midfield, over the course of the tour, Bundee Aki, Robbie Henshaw and Chris Harris are the only three out-and-out centres in the squad.

Farrell and Harris may get run-outs against the Emirates Lions, this Saturday in Guateng, but Aki and Henshaw have set a high bar.

"They were unbelievable and their work-rate was unbelievable as well. Bundee definitely put his hand up, against Japan. He got a few turnovers as well."

END_OF_DOCUMENT_TOKEN_TO_BE_REPLACED

Aki achieved our highest player rating as he made a number of big carries and secured three turnovers in his 55 minutes on the field. Henshaw was not far behind after another impressive outing from the Lions' form centre over the past season.

The performances of the Ireland centres makes O'Brien's claim, from before the Japan game, even stronger. The two-time Lion was backing Aki and Henshaw to start the First Test against the Springboks.

"I do think Bundee and Robbie will be in there for the first one," he said, "and it depends on how that goes, and where they want to go from there. Owen Farrell has been phenomenal in that 12 shirt for a number of years but Robbie, whether it is at 12 or 13, is a starter."