"I am vocal on the field and I'm the same off the field."

As the First Test against South Africa approached, Bundee Aki would have been hoping that he had done enough to earn a starting spot in the British & Irish Lions midfield.

Instead, the Lions coaches went with Elliot Daly. They would win that game but Daly did not do enough to hold the jersey down. With a chance to clinch the Test Series, after going 1-0 up, the coaches then went for Chris Harris.

END_OF_DOCUMENT_TOKEN_TO_BE_REPLACED

Aki was gutted to miss out but sucked it up and got into match-day 23 preparation mode. Whatever the guys wanted, he was there. On the day of the first two Tests, he was the loudest cheerleader in the stands, even if it did rile up the odd South African.

"I think I got told to shut up once, which is fair!

"Some players don't do it the same way I do but I am vocal on the field and I'm the same off the field. You want to see your team doing well."

As the Second Test played out, Harris was solid in defence but barely got a decent shot to prove what he could do in attack. When your starting No.10 [Dan Biggar] passes the ball only three times in a match, those at outside centre or in the back three will always find it hard to get into the attack.

The scarcity of touches and involvement for Harris and the back three, allied with a poor performance with high balls [11 kicks from 22 were spilled], Warren Gatland was always going to make changes. The only survivors from the Second Test's starting backline are Biggar, Henshaw and Duhan van der Merwe.

And so, with the Test Series tied at 1-1, Aki gets the chance to do his talking on the field.

END_OF_DOCUMENT_TOKEN_TO_BE_REPLACED

Gatland has spoken about how influential Springboks' centre Damian De Allende has been in the first two games, and the 'A' encounter early in the tour. Aki's brief - in large part - will be to negate that De Allende influence and punch some holes of his own. 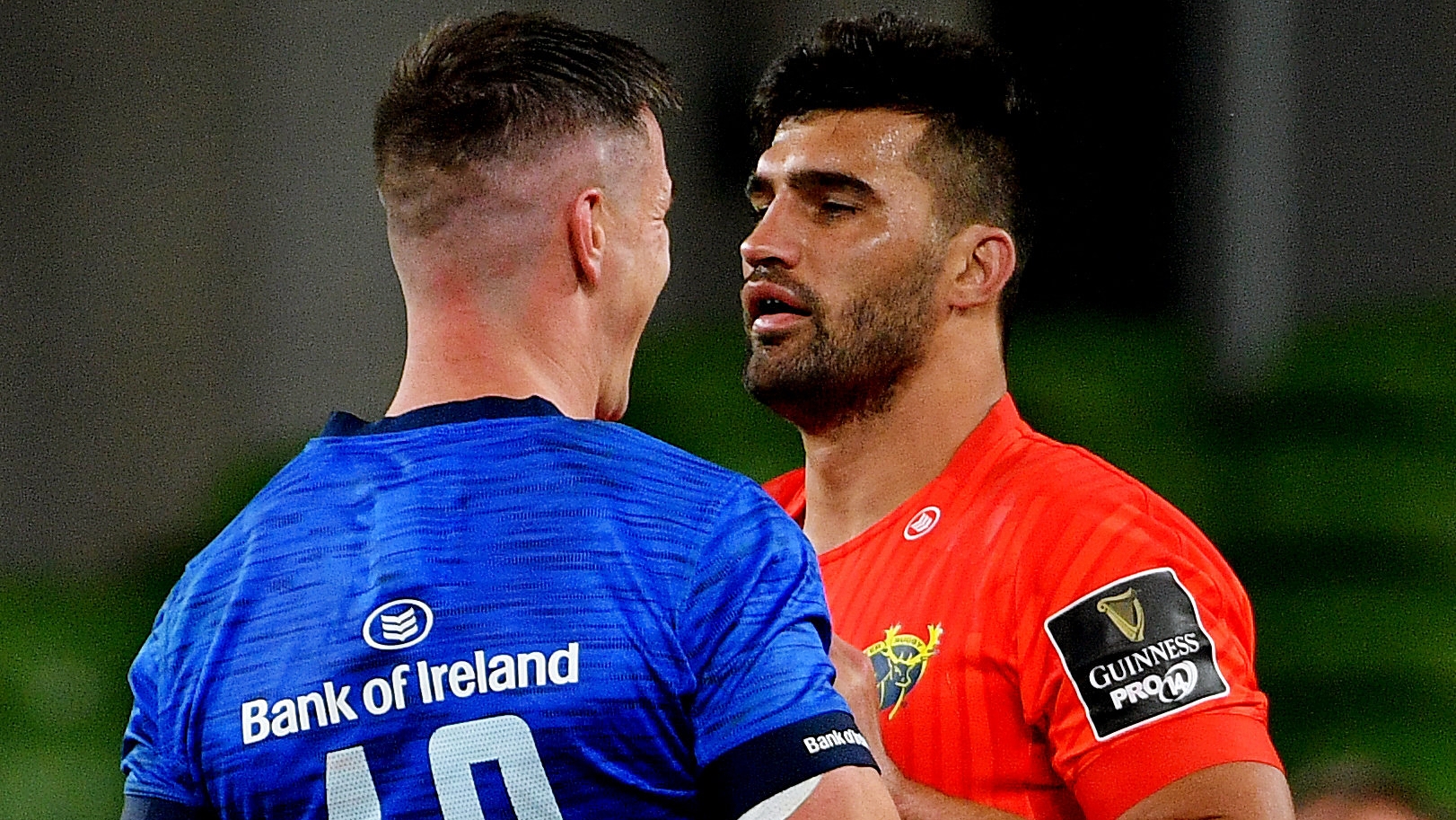 "He's unbelievable. I was lucky to be able to play against him against Munster and in the first [Ireland] Test when I had my debut [in 2017].

"He's one of those players and people who have been there, done it, and they know what they’re doing. You try to relish and enjoy that time and obviously you try to do the best you can to help out the team.

"I can't speak highly enough of Damian de Allende, he's a good bloke, as well, off the pitch. What you see on the pitch, how angry he gets and how strong he is, he’s such a nice bloke off the pitch. You could ask anyone in that Munster team, Conor Murray speaks highly of him and he’s got that off the pitch."

There will be fascinating battles all across the Cape Town Stadium pitch, on Saturday, as the Test Series gets decided. Aki versus De Allende will be right up there.

You can be sure there will be some talk out there, too.


popular
Kieran McGeeney on the defensive after post-match questions on brawl
Damien Comer targeted in brutal, chaotic Armagh and Galway brawl
Conor Gleeson's gesture to heartbroken Ethan Rafferty a tonic after sideline brawl
Roy Keane makes good on bet after seeing Cork fall to Dublin
Shane McGuigan does a 'Sueey' Cristiano Ronaldo would be proud of after winning MOTM
Erik ten Hag 'orders specific grass measurements' and strict eating plan
"That bit of a fracas nearly woke us back up again" - McDaid never doubted his boys in the shoot-out
You may also like
5 days ago
"The world came crashing down around me, at that time" - Cian Prendergast
5 days ago
Stormers' Hacjivah Dayimani still celebrating URC triumph in full kit, four days later
5 days ago
"Brave" Harry Byrne backed to lay down World Cup marker in New Zealand
6 days ago
"It's pathetic!" - Romain Ntamack defended after changing room footage criticised
6 days ago
"I just remember the room erupting!" - Nick McCarthy on coming out to his Leinster teammates
6 days ago
Danny Care and Billy Vunipola make 36-man England squad for Australia
Next Page