The show must go on.

You have to give the western province credit. It wouldn't be a complete surprise to see Connacht suffer both on and off the pitch in the aftermath of Pat Lam's announcement that he is to leave for Bristol at the end of the season.

No doubt the players would have been upset, some may have committed their futures to the club on the basis that Lam would be remaining in charge. 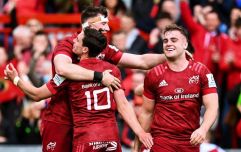 END_OF_DOCUMENT_TOKEN_TO_BE_REPLACED

However, Connacht have grown to such an extent over the past decade that the club and the overall ambitions and goals that they want to achieve are not solely dependent on one person.

This is reflected in the news that senior players Denis Buckley, Quinn Roux and man of the moment, Jack Carty, have committed their futures to the club. 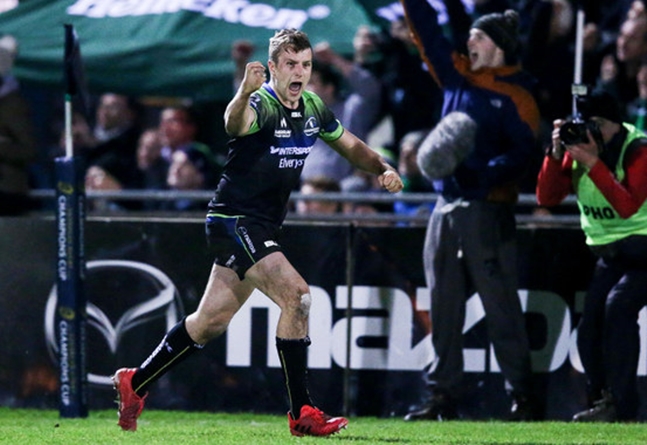 The trio have all signed two-year contract extensions.

Lam commented that he is "very pleased", for the future of Connacht Rugby, to see that the trio will be remain as part of a strong squad .

“It’s fantastic to see these senior players sign on for the future with Connacht Rugby. Having witnessed the three of them grow and develop as players and men over the past four seasons, I’m personally very pleased that they will be part of a strong squad that will drive continued success on and off the field for Connacht Rugby.”

Connacht CEO, Willie Ruane, emphasised how important it is to keep home-grown players at the club as Buckley and Carty are both products of the Connacht academy.

“These re-signings are another big boost for Connacht Rugby and our supporters on the back of Tom McCartney, Bundee Aki, Ultan Dillane, Finlay Bealham Niyi Adeolokun, Sean O’Brien, James Connolly, Peter Robb and Caolin Blade all recently signing contract extensions.

“Obviously developing and retaining Connacht-born players like Denis (Buckley) and Jack (Carty) is a huge part of our vision of ‘Grassroots to Green Shirts’ and we value the commitment to their home province massively.

“Quinn (Roux) came to us a few seasons ago on the back of a difficult two years with injuries. He has really taken his opportunity with both hands and we’re delighted he sees his future here with Connacht.”

After their exploits in the Sportsground at the weekend. This news can only add to the feel good factor surrounding the province at the moment as they prepare for monumental fixtures over the Christmas period against Ulster and Munster.


popular
"I think there are only five Kilkenny players who are guaranteed to start on any given day" - Cody's motivational methods
Gary Neville reveals Man United ignored advice to sign Joao Cancelo
Sean O'Brien could get to play England, at Twickenham, in his final game
Boris Johnson slams Jurgen Klopp for defending Liverpool fans booing national anthem
QUIZ: You have 60 seconds to answer one Premier League goalkeeper question
FootballJOE's Career Path Quiz: #6
Gearoid Hegarty's harsh red card leads to a heated debate in The Sunday Game studio
You may also like
3 weeks ago
Connacht keep URC playoff hopes alive with big South Africa win
1 month ago
"It's not an understatement to say Josh is one of the best 7s in the world" - Sam Warburton
1 month ago
Johnny Sexton responds to thumping Bundee Aki tackle with sublime try assist
1 month ago
"Very hard to see any other colour but red" - Referee disagrees with Brian O'Driscoll on crucial call
1 month ago
"I turned to my da and said, 'That's done!'" - Paul Boyle on finding a home out West
1 month ago
Stuart Lancaster explains why Leinster are losing so many established players this summer
Next Page