At the age of 22, James Horwill was given the task of captaining Queensland Reds in Super Rugby.

The young second row was flung in at the deep end after impressing in his first two seasons with the club. They needed the next generation to drive the franchise on, having finished 10th, 10th, 12th and 14th in previous season so Horwill was promoted quicker than expected.

He excelled at the job and, within three years, led them to a Super Rugby title. That achievement saw him elevated to Australia captain for the 2011 Rugby Championship and World Cup.

END_OF_DOCUMENT_TOKEN_TO_BE_REPLACED

Horwill joined The Hard Yards podcast to discuss his battles with the Lions in 2013, some of the nasty injuries he picked up in the game, memories of Rugby Championships, World Cups with the Wallabies and his time with Harlequins.

However, it was on the subject of captaincy [from 36:00 below] that saw Horwill at his most honest and engaging.

Getting the captaincy at 22, Horwill recalls, made for 'an interesting time'. He says:

"We would have had a lot of senior guys; guys that would have played over 100 games for the Reds and, obviously, some seasoned Test internationals. I felt quite honoured to do it but it was a huge responsibility that the coach and the organisation had put on to me to try and help deliver. It was a challenging time and we had some up and down results through those seasons but it was something I really enjoyed.

"It certainly made me look at myself, in terms of being a 22-year-old and two years into my professional career. It was sort of not thinking about that side of things - I was just going along for the ride [until that point]. It made me re-assess myself and my game."

END_OF_DOCUMENT_TOKEN_TO_BE_REPLACED

Horwill, who is now captain at Premiership side Harlequins, says he learned a huge deal from former Reds flanker David Croft, who had led the team on occasion before he was asked to permanently take up the role. Croft won five Test caps for Australia but often found his Test hopes thwarted by the world-class likes of George Smith and Phil Waugh.

"He had this sort of dogged attitude to playing and driving the team forward. It was something that I really respected and enjoyed - how he went about things. He was a pretty tenacious sort of guy and he put everything into every session. Every ounce that he could."

Croft retired from playing at 28 - "His body just couldn't take it any more" - but he was invaluable to the young skipper in his first couple of seasons. 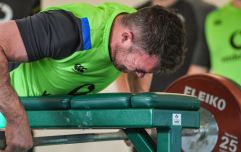 END_OF_DOCUMENT_TOKEN_TO_BE_REPLACED

When Robbie Deans named Horwill to lead Australia into that Rugby Championship and World Cup, the lock says he was grateful to have experienced heads, such as Nathan Sharpe, Rocky Elsom, Radike Samo and Stephen Moore, around. Having beaten South Africa and New Zealand within the space of a fortnight, heading into the World Cup, much was expected of Deans' men.

The World Cup campaign was in danger of getting derailed early on, following an 15-6 loss to Ireland, but Australia bounced back well to reach the semis, and eventually take the third-place playoff. Horwill spoke tremendously well after that shock Eden Park loss to Ireland [in the pool stages] but he says post-match duties are some of the toughest challenges for any captain.

"I understand why we have to do the [media] stuff but it's tough sometimes. I've let my frustrations get the better of me, sometimes, in those post-match interviews but the key is to understand that there is a reason this stuff is happening. The TV, and the people at home watching, want to see this after a game.

"It's just about speaking honestly - because that's what people want, for you to be honest. But it's also about managing things inside that are definitely frustrations from a game. It's a great part of the game - when you are a fan, you want to hear how people that are playing the game feel so it gives you a different understanding, or feel, for it."

"Take a breath before you answer the questions," he adds with a laugh. 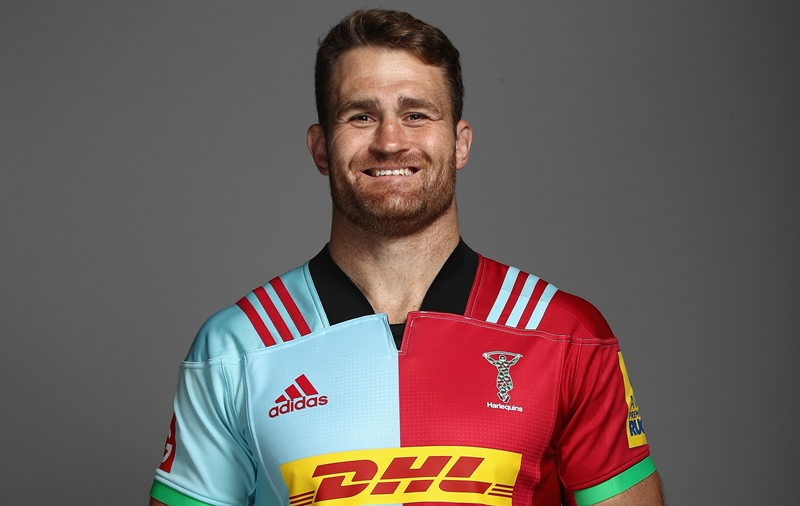 Horwill led the Aussies against the Lions in 2013 but missed out on the 2015 World Cup before, the following summer, returned for what would be his final match in the green and gold jersey, against England, in his hometown of Brisbane. He has been with Quins two seasons and was made captain ahead of the 2017/18 season.

Asked to give his take on what makes a good captain, Horwill says:

Take it from an Australian rugby legend that knows best.

James and Harlequins return to Twickenham Stadium on Saturday 30th December for Big Game 10. For tickets go to https://tickets.quins.co.uk