"I need to look at myself for that."

It was a line that Andy Farrell pulled out more than once as he digested his first defeat as Ireland head coach. Farrell and his captain Johnny Sexton wanted to portray that this was a bad stumble, but a stumble nonetheless.

After getting past Scotland and Wales, Farrell's first defeat came at the hands of a damned good England side. Recent history, though, is already dragging him down.

Both Farrell and Sexton tried to take the defeat on the chin, lay a chunk of the blame on coughing up a 14-0 lead and stress that they were still in the championship fight. The only problem was, the manner of Ireland's 24-12 loss to England was gnawingly similar to the other five bad reversals this group of men have suffered over the past 13 months.

Caelan Doris, Ronan Kelleher and Max Deegan (both off the bench) have made their Test debuts in this Guinness Six Nations but, in the main, Farrell is asking lads that have tried manfully but failed to try manfully again, without little tactical tweaks, and hope it works out.

Every man and their dog knew England would come thundering in from the start. The first five or 10 minutes would need a few Irish players to put in some statement-making hits. England needed to know they were in a fight. Cian Healy drove an English ball-carrier back, a few minutes in, and James Ryan viciously cleared lads out of the first few rucks.

On England came and Ireland were feeling the heat already. Courtney Lawes and Manu Tuilagi were the wrecking ball options and they were getting over the gainline with most of their carries. 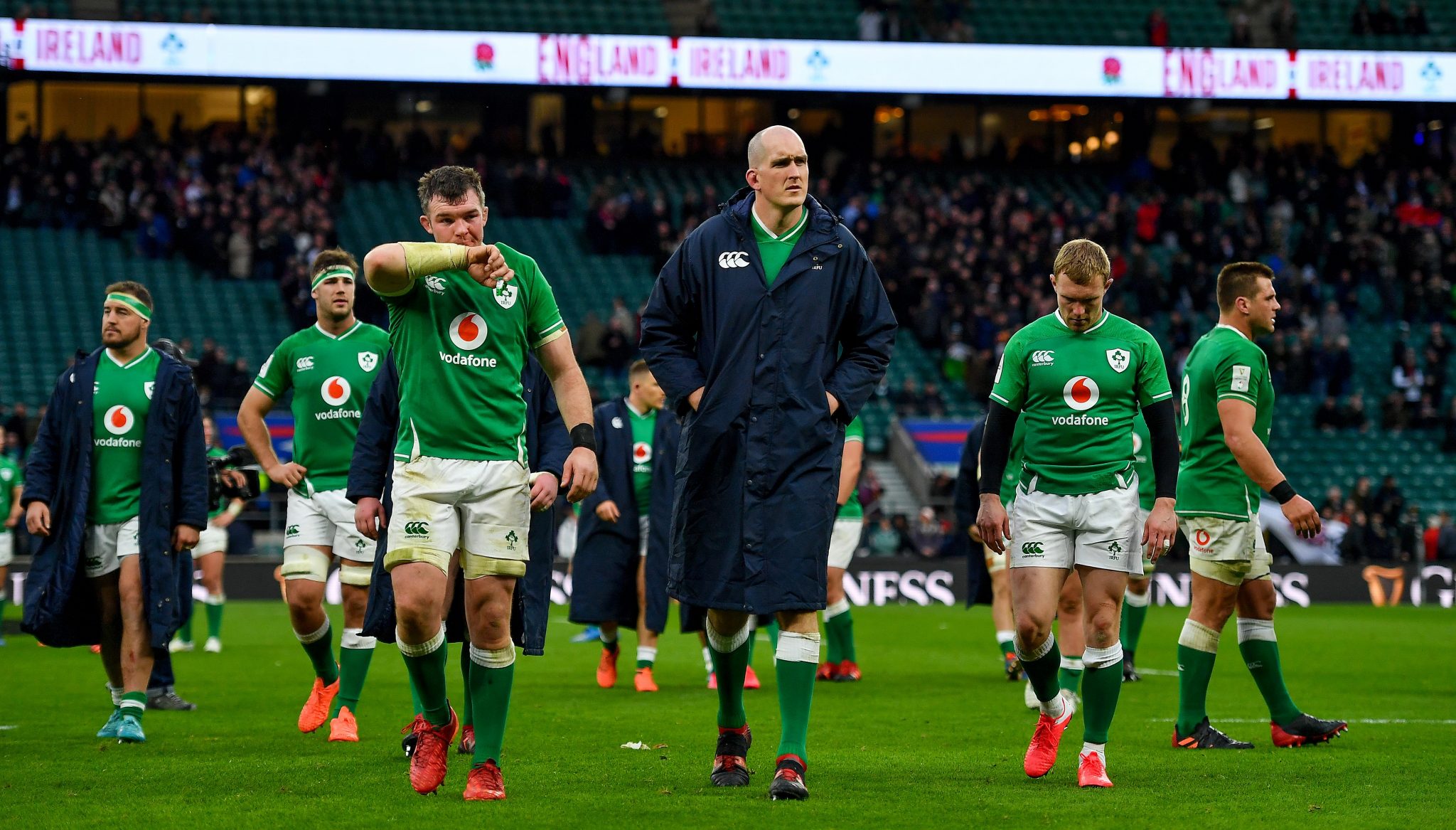 Following the game, Sexton denied that the chastening loss was 'one of the toughest Test matches' he had played. Not really, he responded. Farrell took that stance one further when he dismissed the notion that Ireland - 14-0 down after 25 minutes - were 'off the pace' in the opening forays.

"I wouldn't say we were off the pace. I think they started pretty well. No excuses, though, because they've started well against us before and we should have been ready for that. You say off the pace [but] I suppose the opposition have something to do with that. When you're rolling forward, which they did pretty well, particularly in that first 10 minutes, then things start to go your way."

Still, asked what the most disappointing aspect of the performance in general was, Farrell answered, "The first half."

"We were coming here to try and win a Triple Crown," he continued, "and they were trying to fight to stay in the championship. One side, for one reason or another - and we can assess all the bits, the technicalities and ramifications of cumulative errors or refereeing decisions - the reality is that they came out of the blocks hard, got on the front-foot and we took a few sucker punches from them.

"I need to look at myself for that. Were they up for it more than us, that's going for a Triple Crown, that's my responsibility. To make sure that that shouldn't happen. I've got to look at myself, first and foremost."

END_OF_DOCUMENT_TOKEN_TO_BE_REPLACED

Farrell spoke about trying to re-set his frayed players at half-time while Sexton insisted the players needed to take responsibility for their frame of mind and attitude out on the pitch. He was proud of the way his teammates stuck to the task and, to an extent, fought back in the second half.

"I thought we had a good weeks' prep," he added, "and the difference between a victory and a defeat like that are very small."

Rugby, it cannot be denied, is very often a game of small margins. Sometimes clichés are just so for a good reason.

There was nothing small about the margins of Ireland's last three thumpings at the hands of England. 57-15 back in August and two damaging Six Nations defeats [32-20 and 24-12] that were only made better by last-minute consolation tries.

Farrell and Sexton tried to affect an air of men that knew they had been second best on the day but were refusing to panic, nor acknowledge any deeply rent deficiencies.

You could see what they were doing but it looked like they were denying the obvious. Ireland have a problem and that problem has been glaring since February 2019 but the best men and minds in the country have not figured it out yet.

We should have too much for Italy but the France game could yet set the tone for the next couple of years under Andy Farrell.