"It was a casualty ward at one stage."

Following Ireland's 21-16 loss to Wales, head coach Andy Farrell only had a brief few moments to assess the damage - physical and emotional - in the away dressing room.

He had left the Principality Stadium pitch, where he had spoken on TV after the agonising loss, dropped in to say a few words to his team then sat down to face the media.

END_OF_DOCUMENT_TOKEN_TO_BE_REPLACED

When Tadhg Beirne was penalised at the lineout, with under four minutes to go, it looked as though Wales would wind down the clock and see out an opening weekend victory. This Wales side, under Wayne Pivac, are not as accustomed to winning as Warren Gatland's vintage so they contrived to gift away possession then concede two penalties to roll out a red carpet into their 22.

Farrell must have felt a giddy hope that his 14 men could somehow pull off an unlikely victory, but Billy Burns went for broke with a kick to touch that never found touch. The Ulster outhalf was crestfallen and will be eaten up by the error. As Johnny Sexton observed, post-match, being a No.10 means you can either end games as the hero or villain.

"I'm just gutted that we didn't back that [performance] up with the win because it was there to be had," noted Farrell. "There are various different reasons we'll talk about after we review the game.

"We didn't get to celebrate what would have been a famous victory because some of the efforts collectively and individually were immense. Lads coming back and playing their first game in a long time, that will stand them in good stead for the rest of the competition."

As for that 'casualty ward' Farrell spoke of, he acknowledged that Sexton and James Ryan had both left the field of play for Head Injury Assessments while other were nursing knocks or still suffering from cramping. 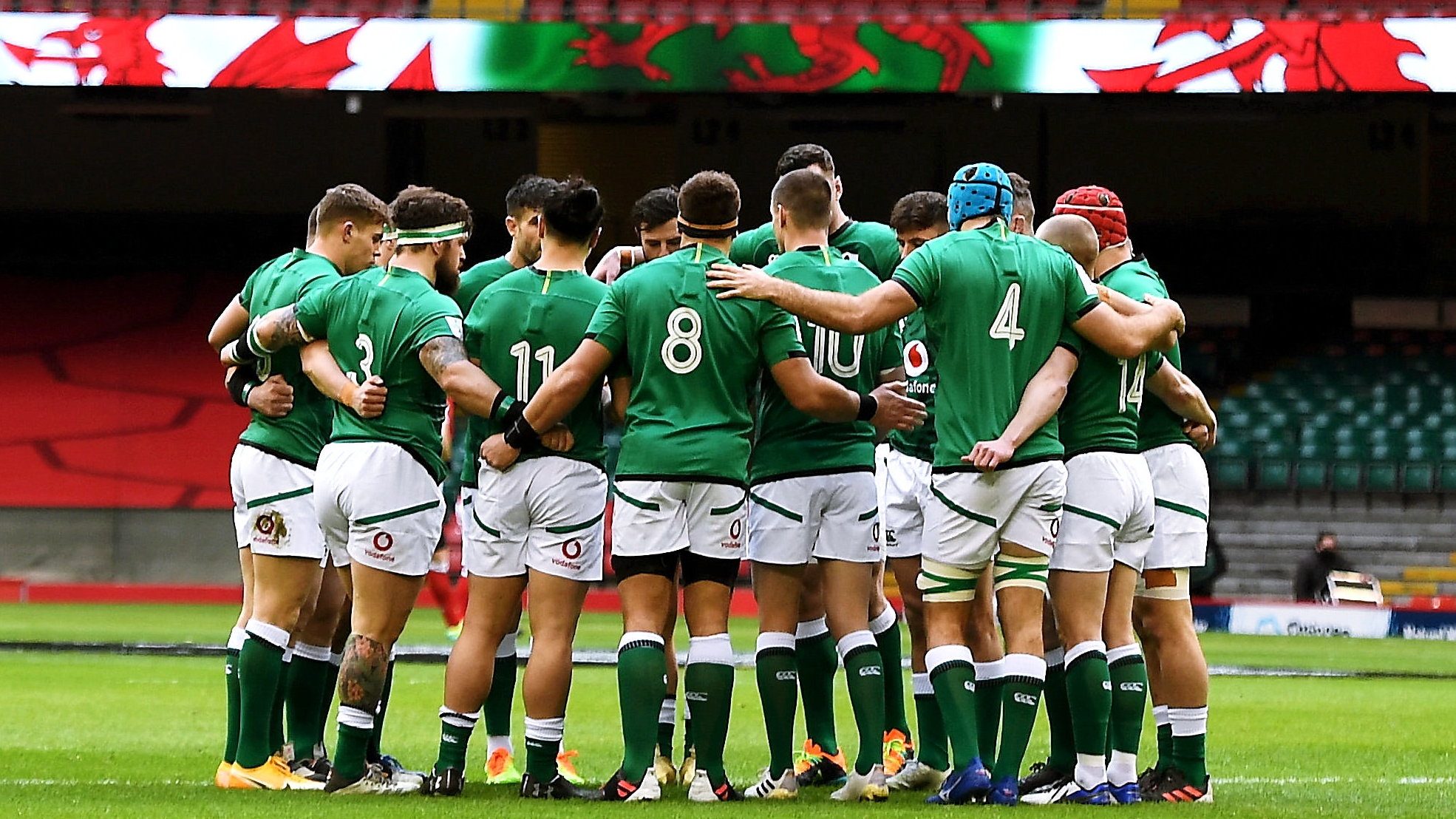 The Ireland team huddle in front of an empty stadium prior to their Six Nations match against Wales and Ireland at the Principality Stadium. (Photo by Ben Evans/Sportsfile)

END_OF_DOCUMENT_TOKEN_TO_BE_REPLACED

Manchester City went to Anfield, where they had not won since 2003, on Sunday and spanked the Premier League champions 4-1 in front of over 53,000 empty seats.

Around the same time, Ireland were hoping for their first Six Nations victory in Cardiff since 2013 without the majority of 80,000 bellicose fans roaring in symphony. This was a golden opportunity to break a losing skid of three games but, in truth, Peter O'Mahony getting sent off after only 13 minutes put Farrell's side in a deep hole. That they nearly scrambled out is a credit to many of the Irish players.

"A valiant effort," Farrell reflected. "I thought we played some really good stuff at times and asked a lot of questions, but at the same time, we were in the fight up until the death to win the game but if a few more things had been a bit tighter that were in our control, we could have won the game."

END_OF_DOCUMENT_TOKEN_TO_BE_REPLACED

In 146 years of Test rugby, Ireland entered Sunday's game having only lost four players to red cards. They won two of those games (South Africa in 2016 and Samoa in 2019) but could not add to that tally against a Wales side that almost froze in the headlights of opportunity glaring in their face.

Up next, on Sunday, are a much-fancied France side.

"I was saying to the lads that they'll feel sorry fr themselves for a few hours, then they'll bring the best version of themselves into work tomorrow.

"There's a lot of us in the group that have been involved in enough Six Nations to know that it is not won on the first day.From here on in, we have to be clinical - more clinical - and give the performances of our lives to be in the battle to win the competition. It's as simple as that.

"We've got a very good French side coming over next week. Coming over to the Aviva, where we will back ourselves against anyone."

Under Farrell, Ireland have now shown a lot of heart in defeats to France and Wales. While the head coach will be pleased with the spirit of his squad, he will be sick already of valiant losses.