He came with a beer to nurse as he reflected on a series defeat. His eyes were already red from the post-match tears.

Alun Wyn Jones, still in his Lions jersey and with the battle scars still fresh and thumping, sat down for his final bit of press duty on what has been a rollercoaster to top, and bottom, them all.

To lead a squad of what grew to 40 players through a rigorous Jersey training camp, into the first game [in Edinburgh] against Japan, dislocate your shoulder, fly out to South Africa three weeks later and play in a Test Series four weeks later will never be forgotten in the ledger of British & Irish Lions feats. All it was missing was the series win.

END_OF_DOCUMENT_TOKEN_TO_BE_REPLACED

The 35-year-old is widely liked and respected within the game but often plays with the straightest bat when it comes to dealing with the press. He is here to win games, not cosy up to reporters or provide them with splash headlines. He can be hard work, at times, but once you get to know how he operates, you accept him for what he is - Team-centred. 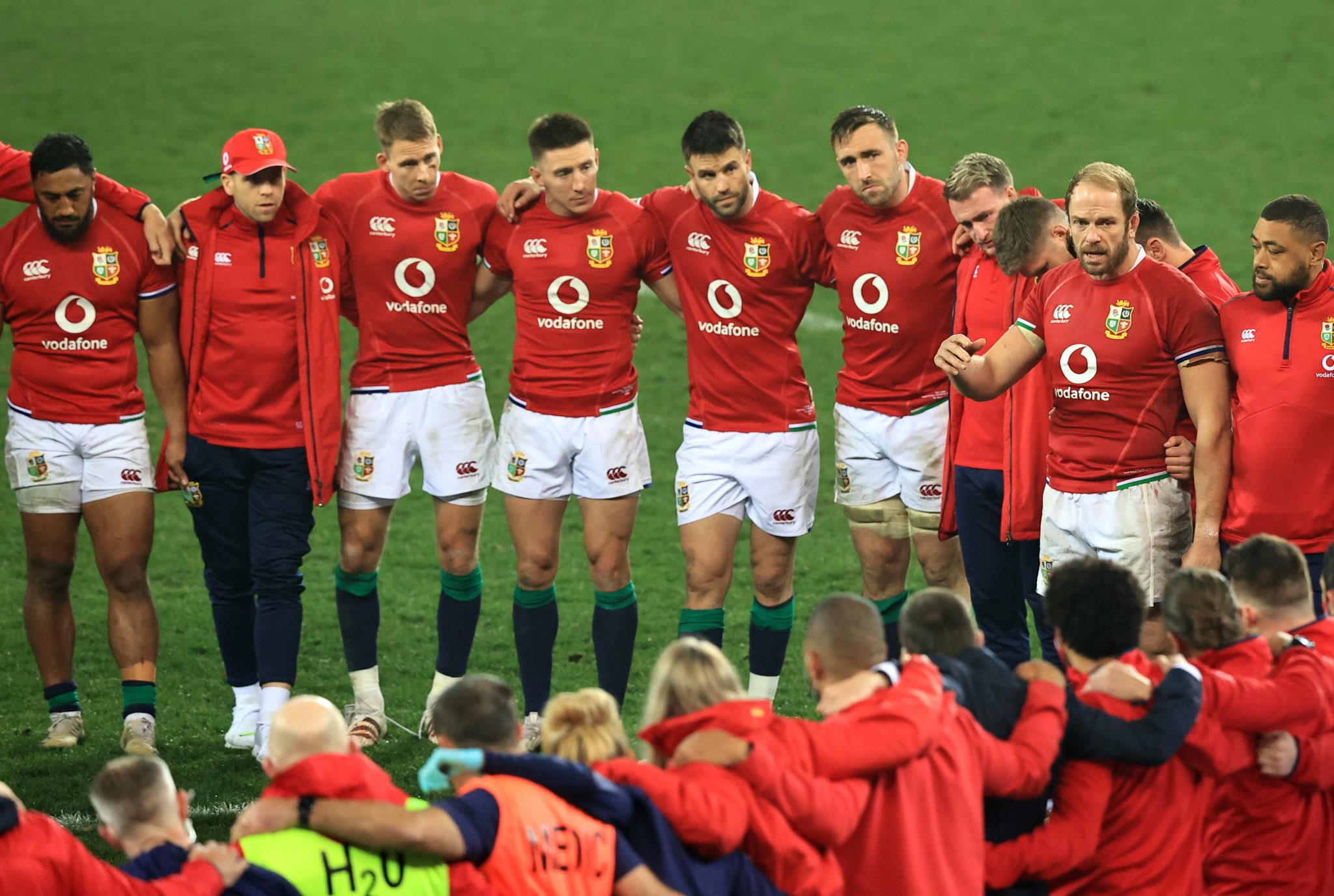 Following the agonising 19-16 end to a savagely-contested Test Series against the Springboks, Jones sat down for one last Zoom Q&A with us all. He headed back to the Lions' dressing room, 12 minutes later, having flung every last card on the table.

Below is the full Alun Wyn Jones Q&A. For whoever takes up the mantle, in four years' time, it is an interview that should be revisited and replayed. It is, in essence, what is involved to lead a modern Lions side.

Can you sum up how you're feeling now?

“I'm obviously disappointed by the final result, but proud of the performance in a lot of areas considering what was said after the Second Test.”

Tell us a bit more about the first half. It definitely seemed like you wanted it more.

END_OF_DOCUMENT_TOKEN_TO_BE_REPLACED

“Yes, very much so. The two big ones would obviously be the maul in a similar position to where we scored the first one and I think Josh [Adams] was in, had the ball gone. That's all hindsight. We were still in it to the death. When you get into the latter stages of games and you start trading the threes and the game breaks up, the penalties and those sort of decisions it's hard to be in control but I thought we weathered the storm in the second half and then got into the arm wrestle which we were in for nigh on 79 minutes.”

In so many ways, it has been a unique tour...

“Yes. I was asked about being a bit emotional after the game but I think on two counts – one, this is a Lions tour and it's very special and particularly over the last 18 months to two years with the jeopardy it has faced from the global situation, even to be out here has probably meant more to a lot of people because we've had the privilege.

"We spoke about the Autumn Nation Cup, the Six Nations and playing through the lockdown, we were able to partake in our job and play sport. We were able to do this in South Africa which is obviously facing its own struggles with Covid, etcetera, so to be out here and be part of this... what has been a special tour probably for the wrong reasons and then get so close has been a very, very different but special tour and to fall short probably hurts more than if it was a bigger loss. We fully understand the significance of this tour particularly as it will be 12 years until we are back in South Africa and four years until the next one. That isn't lost on anyone.”

This is your fourth tour, you 12th Test. What has the Lions meant to you? 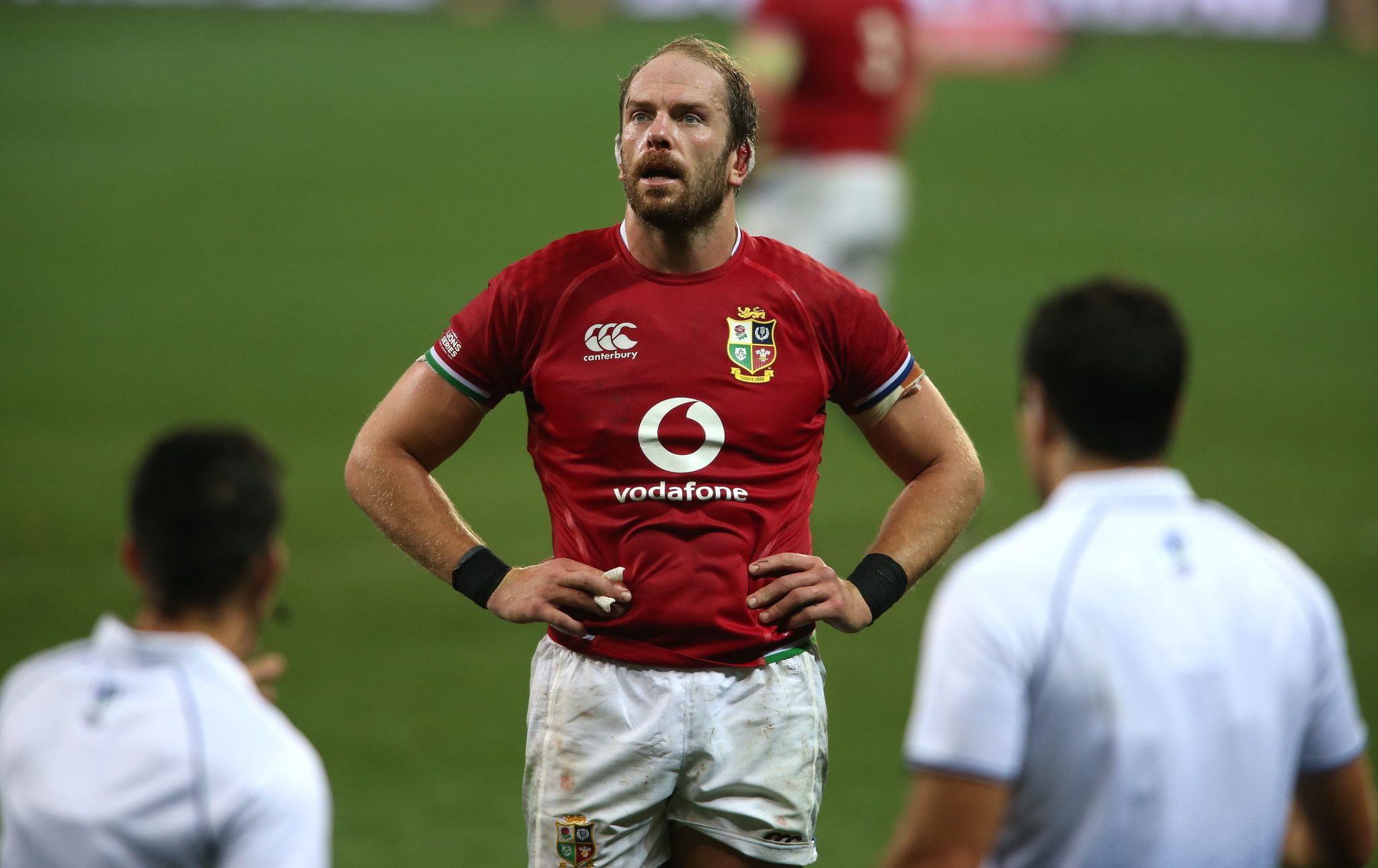 “Probably can’t put it into words, so I’m not going to try. You’ll probably get me going, I've already had a bit of stick for being overly emotional and you know, I don’t give a fuck if people think I'm over emotional, that's what it means to me and I apologise for using language but you know sometimes it's easier to use the agent of a bit of raw language so I apologise for that.”

Jantjies took the quick tap at the end [before that Steyn penalty]. Did you think that you might have got out of jail there?

“Well, look, there's probably a number of decisions that we could have a quizzical viewpoint upon, but the ref pulled it back and Morne Steyn was back after 12 years for a reason - he did his job. I was on the touchline and like I say it’s a good quizzical viewpoint, a raised eyebrow, however you want to call it, but that’s the game. We had our opportunities, like I said, in the first half, credit South Africa for playing the way they do and grinding the win out.”

Are the Lions lads having beers with the South Africans? Would that be good way to wrap up the series?

“It’s a funny one, since the start of Covid, and Nations Cup, Six Nations, people see us in masks after playing against blokes for 80 minutes and what people forget is that for everyone that complains that we are wearing masks there's going to be someone that complains that we don't wear masks. As I have highlighted already, we're very privileged in the fact that we play this sport, have been able to do that and because the significance of the Lions.

"Yes, they came and guys are swapping jerseys, and you know are having a quick chat or a long chat because people are familiar, people play domestically together, there's staff that have worked with players. On a very basic level the higher up the tree and more elite you go, the more people you know and the more familiar people are, so you can't escape that because that's what rugby is about, that’s what Lions is about and that's carrying on, obviously with all the testing and that in place it's pretty much safe cause we've just been going against each other for 80 as well, like I say.”

How do you feel about the South Africans now? There have been complaints about a bit of gamesmanship, and a bit of time wasting. Do you feel they are worthy winners of the series? What would you like to say about your opponents?

“Credit to South Africa, they won. I’d set a pretty poor example if I was to start doing that now. Look, I have played the game long enough to know that whatever I say people won’t be happy with, and people will pull it apart and take it out of context and put into context that they feel fit to fit their narrative. On a very basic level, I've got to set an example, and credit to South Africa, they won the game. We had our opportunities like I've said, particularly in that first half and we didn't take them. 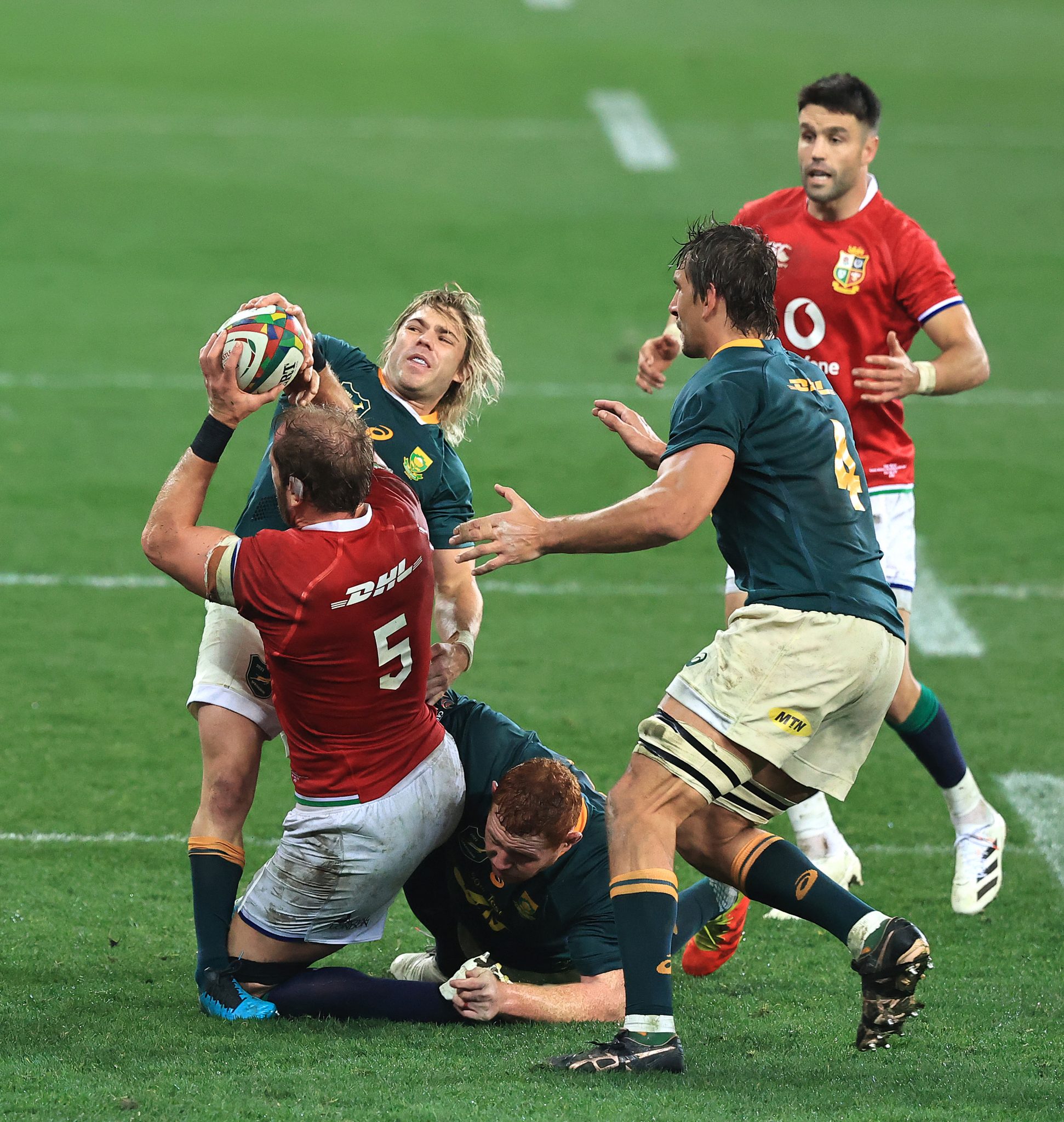 "I'm never going to put this jersey on again, I am never going to have this chance again. Credit to South Africa, they won the game and I made a point to the guys that after, when we came together on the pitch, I said whoever is on the next one - make sure you go as hard as hell because it is a very special privilege to be involved in."

Lineouts kicked for touch, and not for post. Was that a plan pre match?

"It's funny, being involved in 2009, I remember the furore after that - The Lions is this, the Lions is that. Should it exist? I think the commercialisation has increased with the scope with what is going on globally at the minute. And in its most basic concept it is something that is very special and it ignites the imagination in children and adults and I think it is something that rugby has hung its hat on for a long, long time.

"If that were to go, it would be disappointment for the home nations, but also the SANZAR nations that have been part of it as well. It is a big element of rugby that gives a lot of people across the globe something to look forward to. It is up there with all of those International competitions and rugby World Cups. It is very special and the excitement and the jeopardy it faced in the fallout and the opinion it created - whether it would go ahead - shows that before the tour had even started. It is very special and if rugby were to lose it, it would be a travesty."

You spoke of Neil Jenkins earlier. Perhaps you could come back like him, one day, as a coach?

"I don't know, I think there are people more equipped than myself to do that. I appreciate the sentiment, though!"

With that, the final question and answer, Alun Wyn Jones took the second beer he had laid nearby on the table and headed back to the dressing room.

Not the way he wanted to sign off, but not a bad sign-off either.


popular
Inbetweeners star sends All-Ireland semi-final message to Derry cult hero
"Jesus they never shut up, do they?" - What it was like training under Rory Gallagher and Jim McGuinness
Erik ten Hag 'accepts' Man United's decision about Cristiano Ronaldo
"Sometimes a manager has to make those bold and tough calls." - Kerry's Paudie Clifford conundrum
Your guide to a massive weekend of sport and how to stream it all
Local press follow the All Blacks but miss out on Tadhg Furlong show
Tariq Lampety switches international allegiance ahead of Qatar World Cup
You may also like
1 day ago
Jamison Gibson Park has more than earned the right to have one off-day
1 day ago
"Proud moment" - Cian Prendergast on little brother, Sam's Ireland U20 heroics
1 day ago
Former rugby star Ian Keatley lights up Limerick Junior championship in impressive GAA debut
1 day ago
Local press follow the All Blacks but miss out on Tadhg Furlong show
1 day ago
Henry Arundell on extremely sound Owen Farrell gesture after his try-scoring debut
2 days ago
Ireland sticking to the script as Johnny Sexton cleared for Second Test
Next Page