England are on the cusp of climbing to second in the World Rugby rankings but they are leaving nothing to chance in their pursuit of the All Blacks.

Eddie Jones has been in the England job for less than a year and you almost can't remember what it was like before he arrived. 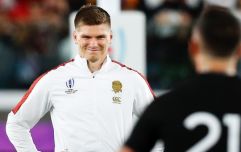 "If Owen Farrell played for Ireland, France or Wales, he'd be a national hero"

END_OF_DOCUMENT_TOKEN_TO_BE_REPLACED

The Australian inherited an England team with its confidence at rock bottom after getting dumped out of a World Cup they were hosting - at tremendous expense - before the pool stages were even wrapped up.

Jones arrived off the back of leading Japan to their best ever World Cup performance. The Brave Blossoms failed to make the knock-out stages but Jones masterminded a sensational victory over South Africa that captured the world's attention.

Taking over the England team, Jones set about making them fitter than they had ever been. It was a work in progress but the training ground grind paid off on the pitch. By the end of his first ever Six Nations, England had ended a five year championship drought and claimed a Grand Slam.

Alex Goode has only played once under Jones but has trained extensively with the group and will hope to be a key figure of the upcoming November Series. 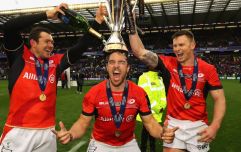 END_OF_DOCUMENT_TOKEN_TO_BE_REPLACED

"As soon as Eddie came in," he tells SportsJOE, "he emphasised that we should do a lot of work on my speed. It's not necessarily the distances you have to cover but it's that explosive pace and triggers to make sure you are alert and first to that ball.

"Urgency of movement is a key area that is now being looked at." 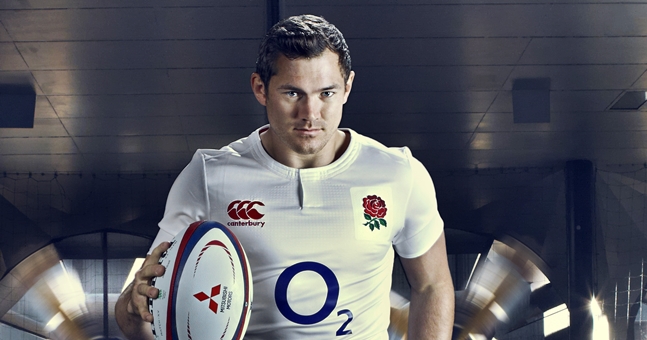 Goode is part of an English backline that can certainly motor. Asked to name the quickest players from England's backs, he mentions Gloucester winger Jonny May before noting he does well in speed tests for Saracens and England. He is about to move on before he says, "Oh, Anthony Watson. Can't forget him."

Most of the hefty gym work, says Goode, is carried out during pre-season with the next nine or 10 months all about maintenance and sustainability. He says:

"At present, most of the backs will be looking to bench press around 120 kilos. You would do around four or five reps of that.

"You are not shooting the lights out in the gym, numbers-wise. Those weights are higher in pre-season but [during the season] it is still competitive in the gym. Phil Morrow has seen to that since he has come in to Saracens.

"He makes strength and conditioning very simple in terms of goals but he also adds that competitive spirit. So it may not be about how much you are bench-pressing or squatting but how quickly you are moving the bar; how smooth your action is."

END_OF_DOCUMENT_TOKEN_TO_BE_REPLACED

The forwards at Saracens, unsurprisingly, put the backs in the shade when it comes to gym records but Goode is not beholden to the numbers. Just because a teammate can shift tin, it doesn't necessarily mean he will have those rugby-playing instincts to get his team over the gainline when it counts.

The opposite is also true.

"I have never seen Jacques Burger or Schalk Burger lift a weight," he says, "but they are two unbelievably physical human beings." 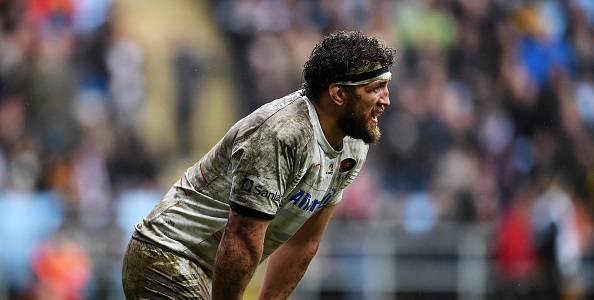 We ask Goode if his Saracens or England teammates take advantage of any sleep workshops, like the ones undertaken by several Irish rugby players through IRUPA.

The fullback practically scoffs. "Never heard of that," he says. "I get enough sleep so I don't have to worry about that.

"A lot of the lads have young children so they hardly get a decent night's sleep. I'd say 95% of the squad don't get anywhere enough sleep."

Imagine how much better both sides could be if they managed some proper shut-eye...

Many IRUPA members struggle with sleep. As part of our Wellbeing Programme we run sleep workshops #ForThePlayers pic.twitter.com/wtsx5D6BbW

At 28, Goode is now a settled, pivotal figure in a Saracens side that are masters of all they survey. They claimed their first ever Champions Cup in May and already look the team to beat this season, having defeated Toulon away in an extremely tough pool.

He is also part of an England team gunning for New Zealand - a side Goode helped defeat in 2012 - after whitewashing Australia during their summer tour Down Under. However, it has not always been easy. He says:

"All the knock-backs have ultimately helped my career, I'd say.

"Getting left out of the 2011 World Cup squad had a huge impact on me. I had been called up for a couple of training squads and felt sure I had a chance, so missing out stung.

"Rejection makes you want it more. You can sulk about it or get back on the horse and work harder."

All that hard work is paying off for Goode but a couple of good seasons won't see him ease off. Not in the slightest.

There's still so much he can do. So much he has planned.


popular
World Cup 2022 Day 10: All the major action and talking points
Iran demand action by FIFA after USA team change flag on social media
"I can absolutely say that I have never enjoyed a job more" - McKaigue revelling in new role as Slaughtneil GPO
World Cup 2022 Day Nine: All the major action and talking points
World Cup protester releases defiant statement after pitch invasion
"I have equal love for football and hurling" - Sheehy set for two Leinster finals in two hours
Roy Keane's issue with Argentina star could rival Graeme Souness and Paul Pogba
You may also like
3 months ago
"Everything’s done for you" - Eddie Jones on how private schools influence English rugby
4 months ago
Danny Care returns to England team as three changes made for Australia decider
4 months ago
England go back to brutal basics to level Test Series with Australia
5 months ago
Danny Care and Billy Vunipola make 36-man England squad for Australia
6 months ago
"I've still got about 10 different screws left in me" - Jack Clifford's challenge
6 months ago
Owen Farrell, Manu Tuilagi and 10 uncapped players in latest England squad
Next Page