Ronan O'Gara heard the advice from Tony 'Dumper' McGahan enough times that it is indelibly marked in his consciousness.

The former Munster and Ireland outhalf is now in his fifth season as a coach and already has one Top 14 title to his credit, at Racing 92. Having initially arrived at the French club as skills and kicking coach, O'Gara stepped up to take over the defence role too. Earlier this year, he was invited to join Ireland on the American leg of their tour under Joe Schmidt.

His coaching and man management skills have earned wide praise and he has been linked with a return to Ireland, and Munster. The Cork native feels he has a lot more experience to pick up and lessons to learn yet. 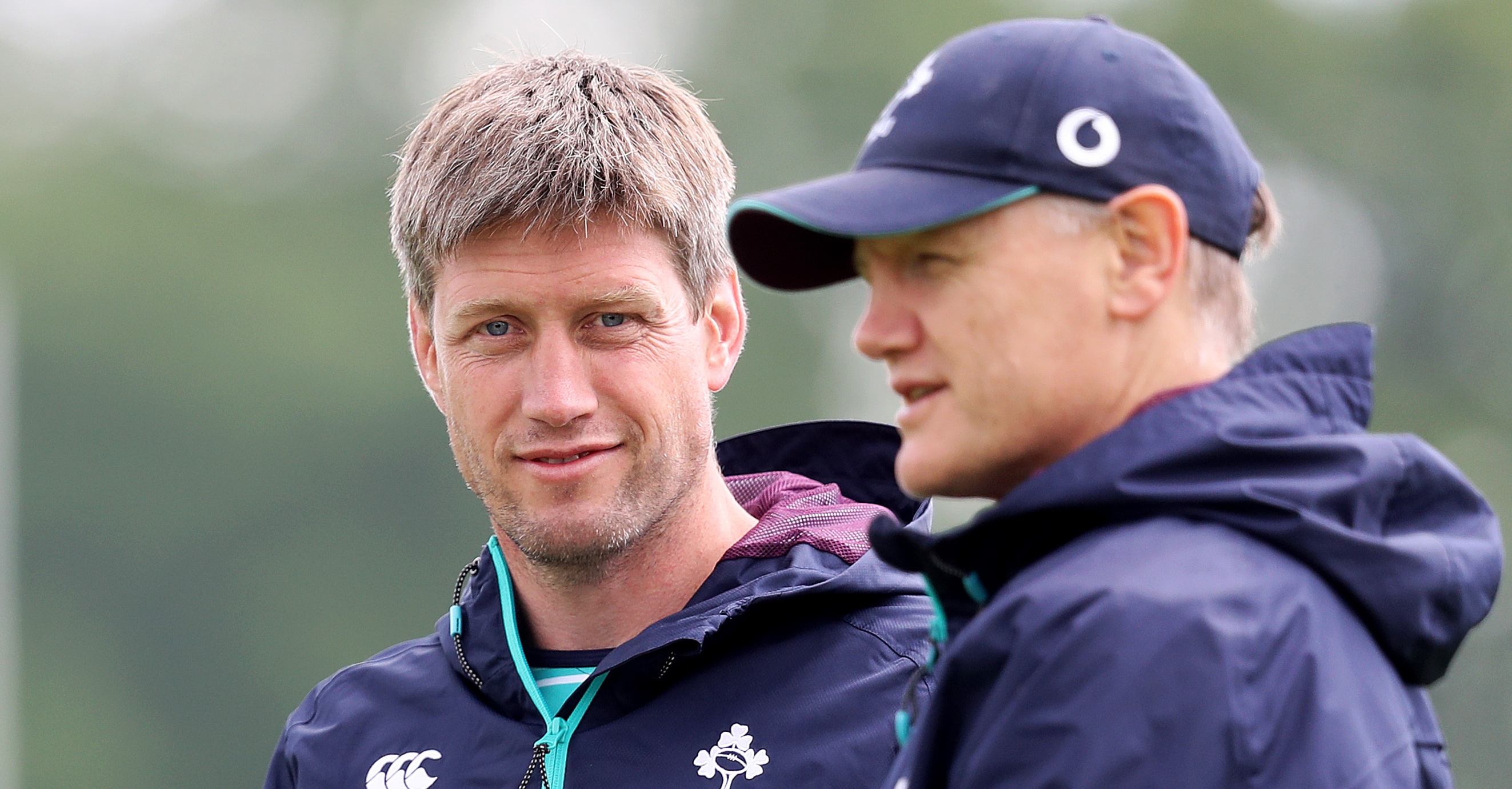 On The Hard Yards, O'Gara engaged in an absolutely enthralling discussion on switching from player to coach, dealing with different egos and talents, and how McGahan's motto has proved so useful to him. Among the many topics covered were:

On the subject of transitioning from player to coach, O'Gara said:

"Like if there's a scrum on the right-hand side, you don't assume that the number 11 knows where to stand because he might never have been told where to stand. If there's a midfield scrum, who's deciding if it's a 4-2 or a 3-3 defence? Five-man lineout - who takes who? As you begin to get into it, there's so much teaching."

END_OF_DOCUMENT_TOKEN_TO_BE_REPLACED

Indeed, O'Gara remarked that if he was running plays with 17 backs, a survey after the training session would quickly tell you that different lads are taking different things from it. Distilling that message down is a huge challenge.

Indeed, as O'Gara warmed up he recalled how some players may say they understand only to prove otherwise in the heat of action while other, world-class players will approach a training day now like they did when they first broke into professional rugby.

"You get a guy like Joe Rokocoko in there and he's so humble. At times you talk to him and you feel like he's in his first year of rugby, because he has such a pleasant manner and is so respectful. And yet at times, you want to go to him, 'Joe, you're one of the best wingers in the world... just do it, y'know?!'

"But everyone needs coaching, guidance, and security and support. You have such a different array of characters, especially over here [in France] and that's why it is so interesting, and so rewarding."

Body language, too, is vital in driving a point home and it is an aspect of coaching that O'Gara is truly getting to grips with. The personal touch is key in getting a message across. Human nature dictates so much.

He's ahead of the curve already.

You can listen to the full O'Gara chat, with James Downey and Andy McGeady, from 20:00 here: