'How could Tommy Bowe lose confidence?'

As a two-time Lion, three-time Six Nations winner, three-time winner of Player of the Year accolades [two by his peers and one by Irish Rugby Writers] and scorer of 30 international tries for Ireland, Bowe would be forgiven for expecting a few things in life.

The Monaghan native may come across as a care-free individual but he proved at the age of 26 - when he left Ulster for Ospreys - that he knew he own value and he backed himself to make the difference. Not many Irish players remain in the Test picture when they leave these shores but Bowe was too good to ignore.

END_OF_DOCUMENT_TOKEN_TO_BE_REPLACED

His stunning try in the Grand Slam-clinching game against Wales won't be forgotten for many years but there have been many incredible moments in the eight that have passed since Ryle Nugent almost passed out in the Millennium Stadium commentary box.

Bowe is now 33 and he has not been seen on the pitch much since wrenching his knee against Argentina in the World Cup quarter final loss of October 2015. There have been 15 appearances for Ulster [10 starts] and two luckless substitute outings for Ireland - he lasted 90 seconds in the second and was once again carted, injured, off the Millennium Stadium pitch. 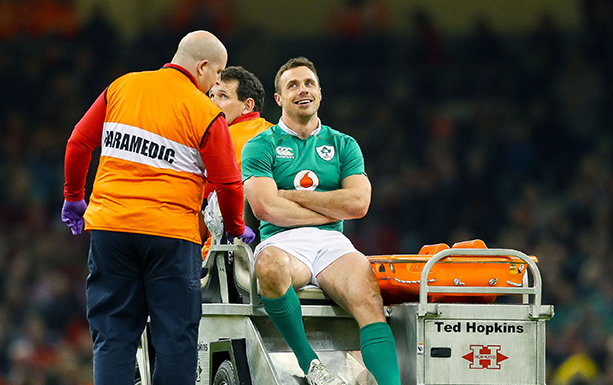 Back to full fitness and with a proper pre-season with Ulster behind him, Bowe has set himself a new challenge. In consultation with Les Kiss and Ulster coaches Jono Gibbes and Dwayne Peel, the proven Test winger is having a crack at holding down the 13 jersey.

"I was asking Tommy about it the other day - 'Is that a positional move for the considerable future?' - and who's going to be considered 13? I don't know but he's talented enough and he can slot in anywhere.

"I thought he did unbelievably well [against Cheetahs]. He had an incredible game last Friday with some really nice touches. He likes being a little closer to the action and getting a little more ball in his hand. He's enjoying it anyway."

END_OF_DOCUMENT_TOKEN_TO_BE_REPLACED

While Stuart Olding is not in the reckoning, for the time being, Luke Marshall, Stuart McCloskey, Christian Lealiifano, Darren Cave, Jacob Stockdale and Charles Piutau are also midfield options. Trimble himself started out as an outside centre but he appears content out on the wings.

Ronan O'Gara, who played international rugby with Bowe for nine years, is delighted to see Bowe is showing signs of renaissance, and attacking danger. Now coaching at Racing 92, O'Gara's comments about the Ulster man should be looked upon as advice to any ageing player trying to compete in a young man's game.

"For me," O'Gara says, "it was brilliant to see Tommy find true form.

"Like all of us, people say 'How could Tommy Bowe lose confidence?' It happens to all of us; every player. When the machine isn't running as well as you're used to, you always compare it to your best days. For Tommy, he wasn't hitting that.

"[Moving to centre] is a smart move because, for somebody of his age, it is probably hard to compete with that flat-out speed that the young guys can produce on the wings. For him, if his body is right I think he could add serious value at 13 but he has to have the body right." 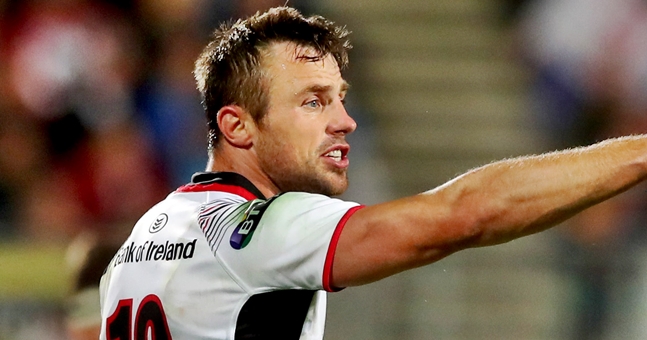 Adapting one's game to one's body is something Brian O'Driscoll did very well in his career. He started off as a rapid and elusive centre that flourished in broken play to a burrower and poacher; an extra loose forward in the battle.

O'Gara's next piece of advice is, for ageing bodies, easier said than done. If you want to stave off the youngsters, you may have to produce in the week's two big training sessions. O'Gara says:

"You have to get your body right, because what happens is this capacity to recover, which we all struggle with in the latter stages of our career.

"So if Tommy doesn't train well on a Tuesday, from a coaching point of view you need your players training well on a Tuesday even though your game is on a Saturday. What happens to a lot of us as we get older is we really only want to rock up for the Thursday session.

"From a professional and coach's point of view, they really want to have a good weeks' training under their belt to give the team confidence to produce on a Saturday."

Sound words from a man who spent 15 seasons in professional rugby to a man making a big commitment as he heads into his 15th.

You can hear more from O'Gara, Trimble and James Downey here: