Nikita Mazepin hits out at Haas' decision to terminate contract

Mazepin spoke for the first time since his contract was terminated

Formula One driver Nikita Mazepin has criticised Haas' decision to terminate his contract and accused them of "completely ignoring" the FIA's ruling.

Team Haas announced the news on Saturday morning that they had ended their contracts with Mazepin and main sponsors Uralkali with immediate effect in the wake of the ongoing Russian invasion of Ukraine.

END_OF_DOCUMENT_TOKEN_TO_BE_REPLACED

Their statement said: "Haas F1 team has elected to terminate, with immediate effect, the title partnership of Uralkali, and the driver contract of Nikita Mazepin.

"As with the rest of the Formula 1 community, the team is shocked and saddened by the invasion of Ukraine, and wishes for a swift and peaceful end to the conflict." 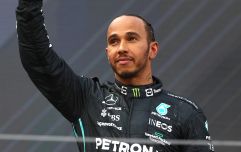 END_OF_DOCUMENT_TOKEN_TO_BE_REPLACED

Mazepin and Haas had been told by the FIA that the 22-year-old would be allowed to race under a neutral flag for the season but the race team reversed their original decision to keep him as a part of the team.

However following the latest developments, Mazepin has now spoken out for the first time, criticising Haas' decision to end his deal just two weeks before the start of the season. The Russian posted a message on social media which said:

"Dear fans and followers, I am very disappointed to hear that my F1 contract has been terminated.

"While I understand the difficulties, the rulings from the FIA plus my ongoing willingness to accept the conditions proposed in order to continue were completely ignored and no process was followed in this unilateral step.

"To those who have tried to understand, my eternal thanks. I have treasured my time in F1 and genuinely hope we can all be together again in better times. I will have more to say in the coming days. Nikita."

Haas have yet to confirm who Mazepin's replacement will be, with an announcement expected in the next week.