Thankfully, it was revealed that Schumacher was conscious

Mick Schumacher was involved in a serious crash during the second stage of qualifying at the Saudi Arabian Grand Prix on Saturday.

Schumacher suffered a heavy collision at turn 12 on the circuit at Jeddah, leading to the Haas' driver's car breaking apart, with debris flying across the track.

Footage from Sky Sports showed the young German being taken away in an ambulance while stewards worked tirelessly to remove the parts of the car away from the track.

A red flag has been issued following Mick Schumacher's crash and they're working to clear the track of debris.

We understand that Mick is conscious, out of the car and currently on his way to the medical centre 🙏 pic.twitter.com/Dvxtpgux5I

Has Schumacher suffered any injuries? 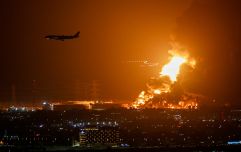 END_OF_DOCUMENT_TOKEN_TO_BE_REPLACED

The race itself was red-flagged as a result of the crash however Haas later revealed later on that Schumacher was conscious and had been taken to hospital for further medical tests.

They tweeted: "Mick is conscious, out of the car and currently on his way to the medical centre.

"Mick is physically in a good condition but will be flown by helicopter to hospital for further precautionary check-ups."

UPDATE: Mick is physically in a good condition but will be flown by helicopter to hospital for further precautionary check-ups. #HaasF1 #SaudiArabianGP 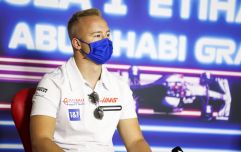 Nikita Mazepin hits out at Haas' decision to terminate contract

END_OF_DOCUMENT_TOKEN_TO_BE_REPLACED

Schumacher's crash comes after a major shock in the first stage of qualifying as seven-time world champion Lewis Hamilton suffered an embarrassing performance on the circuit to be knocked out at the first stage.

After mistakes on turns one, two and four, Hamilton didn't recover to make it to the second stage and will start right at the back of the grid in 16th place.

His Mercedes teammate George Russell meanwhile secured a fourth-place finish in Q1 while reigning world champion Max Verstappen battled it out for pole position, which was secured by his Red Bull counterpart, Sergio Perez.

Hi everyone, I just wanted to say that I’m ok🙏
Thank you for the kind messages.
The car felt great @haasf1team, we’ll come back stronger❤️ pic.twitter.com/Mwpy0767kN

You may also like
3 months ago
‘Human error’ judged as cause of for controversial Formula One finish
4 months ago
F1 fans sent into frenzy as Netflix announce Drive to Survive release date
6 months ago
Lewis Hamilton claimed final race 'manipulated' in unheard team radio message
6 months ago
What FIA rules is the F1 race director adjudged to have broken?
6 months ago
Max Verstappen officially crowned world champion after second Mercedes protest dismissed
6 months ago
The podcast that has Dan Carter, Gareth Southgate and Matthew McConaughey queuing up
Next Page