Brought to you by Mondello Park.

When we were teenagers, our ambitions were limited to not embarrassing ourselves at school and waking up without any new spots. Yet one Irish 13-year-old will be aiming for a national title when he competes in the Irish Drift Championship in Mondello Park this weekend.

END_OF_DOCUMENT_TOKEN_TO_BE_REPLACED

Conor Shanahan may not be old enough to get a driving licence but he’s already notched up some notable scalps in his driving career, including beating Richard Hammond on the track in the new Amazon series The Grand Tour.

If the name sounds familiar, you may remember that we previously covered his exploits when he was just eleven. We’re suddenly feeling very old and decrepit… 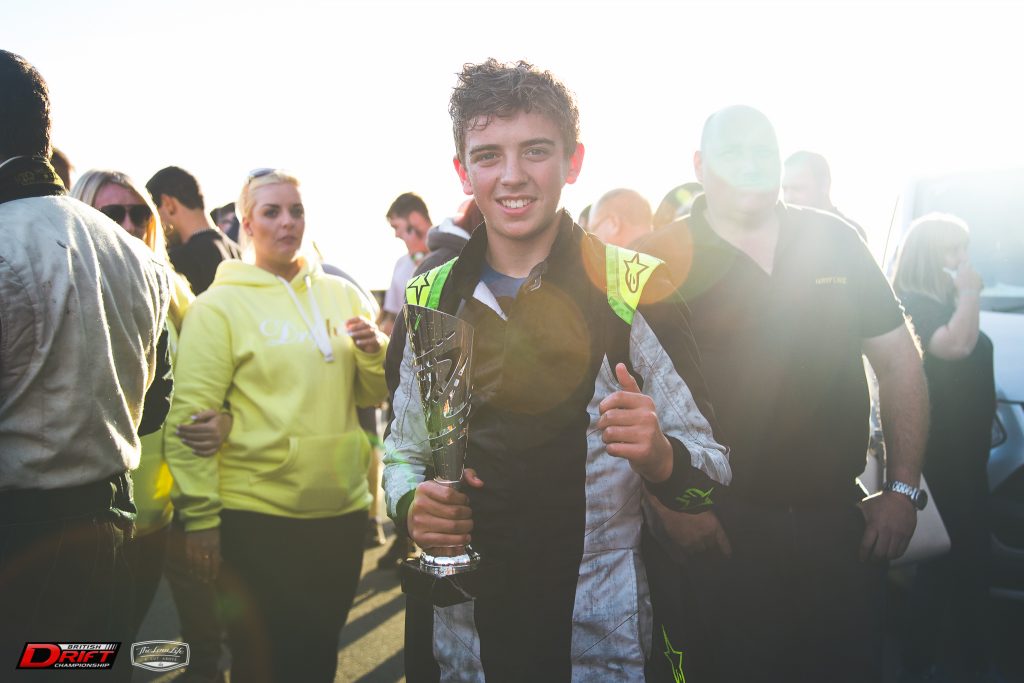 5000 screaming fans will watch him drift around corners at over 110 kilometres per hour this weekend. It will also be a family occasion, with his older brother Jack also competing for the same title. Jack’s a relative veteran at just 16 years of age and he's also the reigning British Drift Champion.

Drifting may have started out as an illegal street sport but it’s since become a professional regulated sport. It may now be legal but it remains just as exciting as ever.

Irish drivers become a formidable force in the sport. Aside from the Shanahan brothers, Corkonian James Deane is currently leading the US in the Formula Drift Championship and he is a five times European title holder. 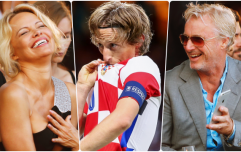 END_OF_DOCUMENT_TOKEN_TO_BE_REPLACED

Irish drivers have established themselves as leading players in the drift game, with a 13-year unbeaten streak on home soil. With stars like the Shanahan brothers coming through and Deane returning to the sport after an extended break, this impressive record looks to be in good hands.

The Irish Drift Championship returns to Mondello Park this Sunday, April 23rd with new rules, new drivers and plenty of action on and off track. Tickets are on sale online at €21 for adults, €10 for 12-16’s and u12’s free! For more information check out the website.

Brought to you by Mondello Park.


popular
Galway fans' frosty reception for Davy Fitz doesn't make any sense
The most Stone Age tackle you've ever seen gets South African lock straight red card
Ryan Manning hacked to the ground by Henri Lansbury in ruthless assault
Final question of Ryder Cup press conference has Team USA in all sorts of trouble
Ian Poulter shares Ryder Cup advice to Shane Lowry and Team Europe rookies
"Johnno went, 'We’re not moving! You're trying to mess us about!'" - Ben Kay recalls red carpet controversy
Clinton Morrison shares advice Roy Keane gave him on morning before Saipan showdown
You may also like
2 months ago
Forget counting your steps, this is the key metric you should be tracking instead
3 months ago
Football fans are going to love these brand new Cadbury chocolate bars
3 months ago
Ireland's 2009 Grand Slam stars recall closest call in our rugby history
3 months ago
4 simple ways you can vastly improve the quality of your sleep
3 months ago
Calling all sports fans! This week's Powerball Super Jackpot is HUGE, here's how to place your bet
3 months ago
The next generation of fitness trackers is here and it's an absolute game-changer for your health
Next Page