Perhaps this war of words will deliver what the fans want: a third fight between Conor McGregor and Nate Diaz.

McGregor is currently on hiatus from the UFC as the two-weight champion prepares to become a father and continues to negotiate a superfight with retired boxing legend Floyd Mayweather junior.

For his part Diaz has not fought since losing a majority decision to McGregor at UFC 202 in August of last year. That was a rematch after Diaz had shocked the MMA world by stepping in at short notice for Rafael dos Anjos and submitting McGregor at UFC 196.

McGregor took exception to a video emerging of Diaz and Mayweather exchanging jokes at his expense on a video call earlier this year.

END_OF_DOCUMENT_TOKEN_TO_BE_REPLACED

"Nate’s a bitch. Nate’s a fucking bitch, and let me tell you why," he said. "I had the biggest respect for Nate – and I still have big respect for Nick, he’s out doing his thing – but when [Nate] took that phone call or that video call from Floyd Mayweather, and was like, ‘hello Floyd’s fans,’ he was Floyd’s bitch that night. I was like, you fucking pussy. You absolute pussy."

On a special episode of the MMA Hour on Wednesday night, Diaz responded to McGregor's attack in typical Diaz fashion, first telling host Ariel Helwani that he only took that call from Mayweather after smoking a joint before going on to make some big claims about McGregor's performance at UFC 202.

The Stockton native claimed that McGregor was close to quitting during the second stanza of their five-round battle at the T-Mobile Arena. 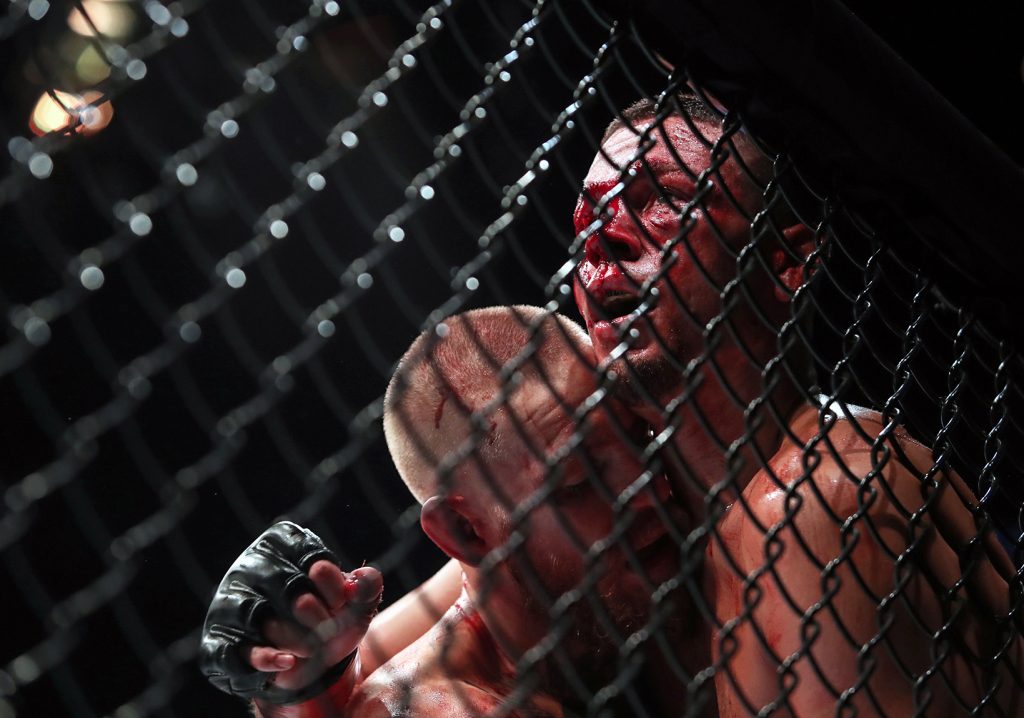 END_OF_DOCUMENT_TOKEN_TO_BE_REPLACED

Diaz claims McGregor was crying during that second round in Las Vegas.

END_OF_DOCUMENT_TOKEN_TO_BE_REPLACED

"I’m like when? When you were quitting in that second fight? In the third round, he was making sounds like, ‘urgh, urgh.’

“He’s like crying. You know what I’m saying? When you’re a fighter, you understand. You know when somebody is being a little bitch.”

You can watch the whole interview below, the UFC 202 account comes at 38 minutes.


popular
Rory McIlroy explains 'falling out' with Shane Lowry that lasted a few years
World Cup Power Rankings: The top eight pundits of the tournament so far
Talksport presenter puts Martin O'Neill to the pin of his collar over Declan Rice and Jack Grealish
'I just became obsessed with football' - Cruciate curse actually a blessing for Sheehan
Ariel Helwani shares Paddy Pimblett WhatsApp messages as spat becomes public
World Cup Power Rankings: The top 10 players at the tournament ahead of the quarter-finals
Roy Keane scores winning goal past Micah Richards in ITV v BBC pundits match
You may also like
1 month ago
Conor McGregor almost unrecognisable after shaving off iconic beard
1 month ago
Dana White confirms Conor McGregor is not in the USADA testing pool
2 months ago
Hasbulla signs five year deal with UFC 'worth more than many fighters'
2 months ago
UFC fighter Elias Theodorou has died, aged just 34
2 months ago
John Kavanagh and Johnny Walker kicked out of T-Mobile Arena during UFC 279 main card
2 months ago
Conor McGregor took exception to one part of Nate Diaz victory speech
Next Page