UFC 185: SportsJOE picks the winners so you don't have to 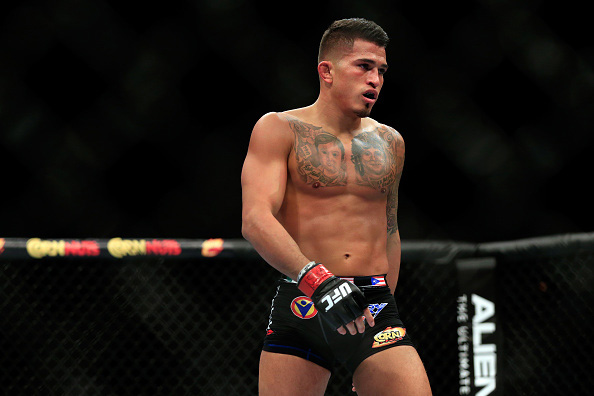 DM: There's a certain time when a weight division sort of settles into itself. Like when Anderson Silva and GSP were at their peak you just knew they weren't going to get beaten. 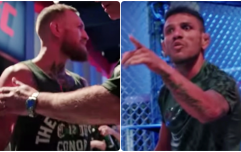 Conor McGregor gets into back-stage altercation with Rafael Dos Anjos

END_OF_DOCUMENT_TOKEN_TO_BE_REPLACED

I don't see the lightweight division like that. I think that that belt is going to change hands a few times before it settles with the man that I see as the best in the world at 155lbs, Khabib Nurmagomedov.

Is Rafael Dos Anjos a better fighter than Anthony Pettis? No. Can Dos Anjos catch Pettis with a knockout blow? Yes. Does that mean I'm picking Dos Anjos? I don't know yet, I'm still typing.

I think that the oddsmakers are insane putting Pettis a 2/9 favourite over RDA. Pettis' chin has yet to be truly tested by a power puncher of RDA's ability and screw it, I'm going for the upset. Dos Anjos by KO (round two)

BK: With five straight wins and four straight stoppages, Anthony Pettis is looking like he's not just the best lightweight, but possibly the pound-for-pound greatest fighter in the promotion. 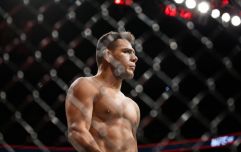 END_OF_DOCUMENT_TOKEN_TO_BE_REPLACED

However, Dos Anjos has been on a phenomenal run as well and will be coming in with every chance of causing an upset. It's crazy to think how people have written this guy off already considering his wins over Donald Cerrone and former champ Benson Henderson. The Brazilian earned his title shot and his powerful striking will make it an intriguing contest.

These fighters are a lot more closely matched than some pundits suggest, but I do think that Pettis' class should provide him with the key edge. The winner of Nurmagomedov and Cerrone awaits. Pettis via submission (Round three) 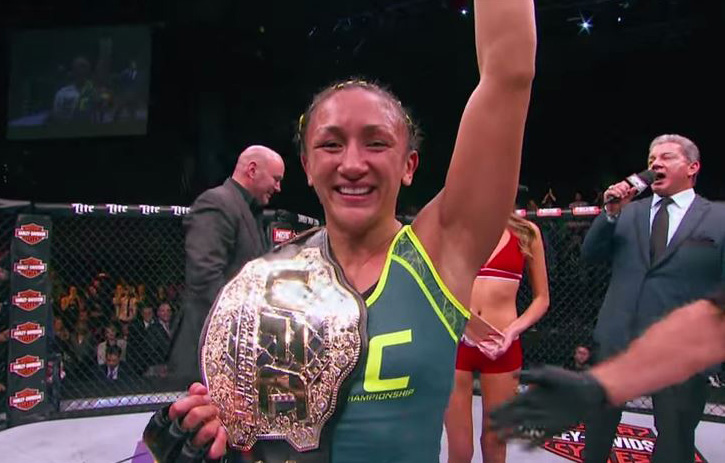 DM: For no other reason than wanting to see Bruce Buffer attempt Jedrzejczyk more than once, I'm going for the Polish fighter tonight.

Not really, I actually think Jedrzejczyk can pull off the upset over Carla Esparza.

With the strawweight division still in its infancy, the belt is likely going to change hands a few times before a dominant champion emerges.

I simply don't see Esparza on the same level of Jedrzejczyk and I think the American bookies just haven't seen enough of Jedrzejczyk to know how dangerous she is.

She is 8-0 against top-notch competition on the European circuit and has no visible weaknesses in her game. Jedrzejczyk has knockout power and should have enough in the grappling department to keep this fight on the feet where she can outpoint the champion. Jedrzejczyk by decision.

BK: Joanna "Too Many Zs" Jedrzejczyk is a very promising prospect in the newly formed division. She has looked phenomenal in her two prior bouts in the UFC and her stellar striking makes her the antithesis to Esparza.

The Cookie Monster's wrestling-heavy style has made her a rather unpopular champion and the best thing that could happen to drum up publicity for the division would be for the Pole to overthrow her as champion.

However, Esparza's wrestling is top-notch and she should be able to nullify her opponent's power with takedowns. Esparza by decision. 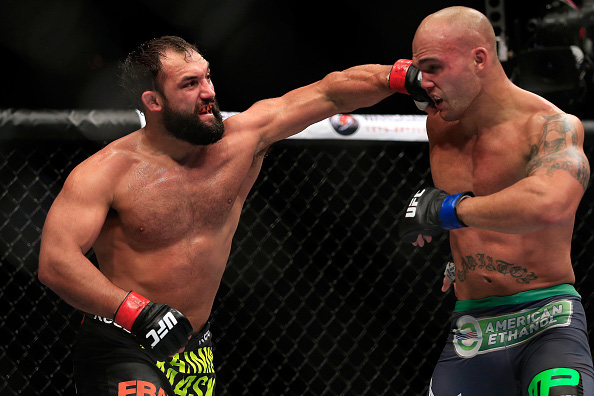 DM: I backed Johny Hendricks against Robbie Lawler and he just looked sloppy throughout.

Before the weigh-ins last night I was on the fence about predicting this fight. But then I saw Hendricks.

He looks comfortable at welterweight for the first time in his career and looked absolutely shredded last night so he obviously had a successful camp.

I think Matt Brown is tough enough to keep his wits about him for the three rounds but I don't see Hendricks having too much to worry about when waiting for the judges' scorecards. Hendricks via decision.

BK: The people's main event pits two warriors against each other who are at the business end of arguably the most talent-rich division in the promotion.

Former champion Hendricks has elite level wrestling and bombs in both hands. He's fought GSP and despite losing the fight, he wasn't overwhelmed by the greatest fighter to ever grace an Octagon.

Matt Brown loves to brawl and his penchant for mixing in unorthodox strikes has earned him the title of fan favourite. However, Erick Silva showed that body shots might be his Achilles heel. He looked visibly wobbled when the Brazilian landed flush to the breadbasket. That coupled with Hendricks' wrestling prowess should see Bigg Rigg get the nod from the judges. Hendricks via TKO (Round two) 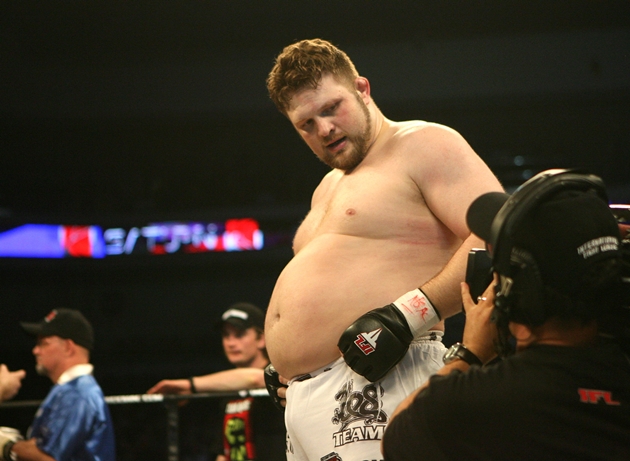 DM: There's nothing worse in the prediction game than when you have to pick against a fighter of whom you are a big fan. Roy Nelson is up there with my favourite fighters on the current roster but I think we're looking at the last year of his fight career.

He looked very uncomfortable with the striking of Mark Hunt and I'd argue that Alistair Overeem is the better kickboxer.

This all depends on whether or not Nelson's chin can hold up for the first half of the fight. If it can, then he should be able to grind out a decision but I don't think he can.

Overeem is a headhunter and he's going to try to punish "Big Country" with nasty Muay Thai from the opening bell and, unfortunately, Nelson's will likely get reacquainted with the mat. Overeem by TKO (round one).

BK: I've always been a big fan of Roy Nelson. The heavyweight, in every sense of the word, packs one of the hardest haymakers on the planet and has a massively underrated jiu-jitsu game. However, he's waned in recent outings and that vicious knockout he suffered at the hands of Mark Hunt has left a question mark on his usually granite-like chin.

Overeem has been similarly disappointing. He showed great promise when he knocked out Brock Lesnar but has failed to live up to his potential. What's more worrying is how safe he's gotten. For example, his reluctance to go for the kill against Mir might have secured him victory but it didn't win him any fans.

The two outcomes I envisage are that either Overeem runs around the Octagon and earns a boring points win or Big Country releases the Kraken and cracks the kickboxer with his trademark overhand right. Here's hoping it's the latter. Nelson via KO (Round two) 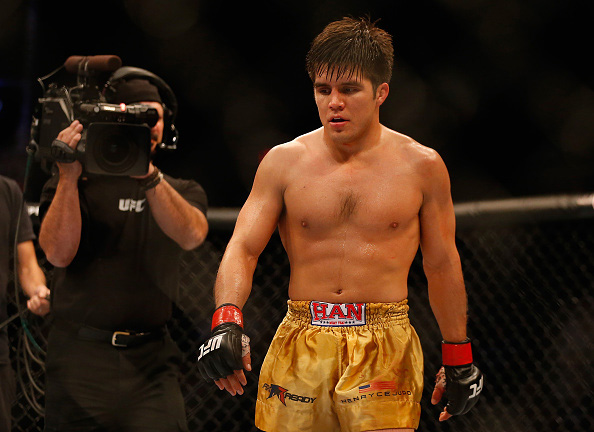 DM: Henry Cejudo is legit. While I'm tempted to leave it at that, I will add that I see him breaking into the top five of the UFC's flyweight division in the next year or so.

He is the top of the top when it comes to wrestling but far from a one trick pony as he has begun to set up his shots with entry strikes to keep his opponents guessing.

The only question mark that is ever associated with Cejudo is how motivated he is because he is fully aware of his grappling superiority so has the tendency to slack off a little but the fact that he came in at championship weight, 125lbs at the weigh-ins tells me that he is ready to give this title run a proper go. Cejudo by decision.

BK: The flyweight division needs a new title contender, and until they start giving Neil Seery ranked opponents, Henry Cejudo looks like he could be in line to take on Demetrious Johnson. The Olympic gold medal-winning wrestler has had troubles with the weight cut down to 125 lb in the past, but if he can have a cleaner cut this time, he should cruise past Cariaso. Cejudo by decision

DM: Sometimes Ben and I feel obliged to pick Irish fighters out of sheer patriotism but that's not the case with Joseph Duffy.

He is going to give some of the world's best 155lbers some nightmares now that he is in the big leagues of the UFC.

Duffy has no holes in his game. You'd think that he'd be an out-and-out striker given his successful stint as a pro boxer but he's actually had eight finishes by way of submission so he's comfortable in all areas.

It's hard to see Jake Lindsey having enough to deal with Duffy and the only way that the American takes this is if the nerves get to Donegal's Duffy but he's got enough experience to deal with any jitters. Duffy via TKO (Round one)

BK: I've already given my two cents on why Duffy is set to take the UFC by storm, and I'm going to stand firm on that stance.

Lindsey has been thrown to the lions here and his role will be to play the loser and get the Donegal native that all-important first win in the UFC. Despite having an impressive record on the regional scene, The Librarian has looked out of his depth in the big leagues.

It should be an easy night's work for the Irishman, and it will be interesting to see what he's picked up during his time at Tristar. With the right tutelage, this guy could do great things in either the lightweight or the featherweight division. Duffy via submission (Round one)


popular
Noel Gallagher left 'covered in blood' after headbutt from Ruben Dias’ dad
Cutting through the contradictions from one of the worst television segments of the year
Aiden McGeady details the abuse he suffered after playing for Ireland instead of Scotland
Roy Keane shows great comic timing after Jack Grealish party invite
BBC apologise after accidentally posting mocking Man United message live on TV
The FootballJOE Pub Quiz: Week 38
France the sore losers as Ireland Men reach first ever Sevens World Series final
You may also like
3 years ago
Brazilian rivals call out Conor McGregor after reaction to UFC Fortaleza
3 years ago
Rafael dos Anjos makes Dillon Danis an interesting offer
3 years ago
Dillon Danis wants to fight former UFC champion for claiming he hides behind McGregor
3 years ago
Colby Covington defeats Rafael dos Anjos to become interim UFC welterweight champion
4 years ago
Rafael dos Anjos had absolutely no idea how close he came to receiving another Red Panty Night
4 years ago
Conor McGregor incident may have caused huge fight to be moved to another continent
Next Page