“That’s it, everybody, Ian Garry just stole my title of king of cringe!"

Cejudo, the former Flyweight and Bantamweight UFC champion, previously labelled himself the 'king of cringe', but has now passed that unwelcome title to the Irish fighter Garry. 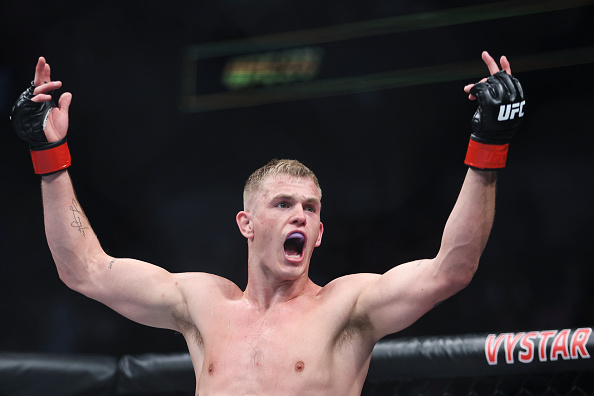 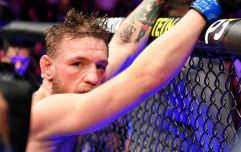 END_OF_DOCUMENT_TOKEN_TO_BE_REPLACED

Garry (9-0-0 MMA record) was animated following his decision victory over Weeks. The Dubliner led a chant as Jon Anik gave him the microphone.

The 24-year-old then analysed his performance, in which he showcased great takedown defence and landed some big strikes on the American fighter.

Garry also broke the news that his wife Layla Machado Garry is pregnant. He then called the UFC bosses to "line them up" as he wants to remain active in the welterweight division in 2022. 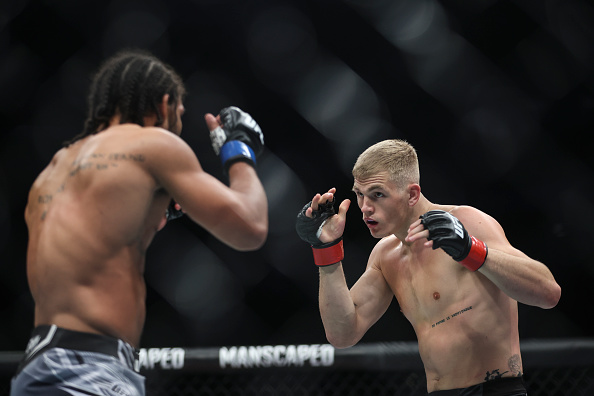 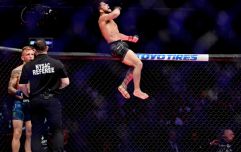 END_OF_DOCUMENT_TOKEN_TO_BE_REPLACED

"Firstly, I wanna say what’s up Jacksonville?! Get it going. I wanna hear you. Ole, Ole, Ole!” Garry chanted during his octagon interview.

"It was good. He was tough, he was big, he was strong. I wanted to stop him and manipulate the game into my realm. I didn’t want him to wrestle because he’s a good wrestler.

“My wife is pregnant, we are expecting at the end of the year. Dana (White), Mick (Maynard), Sean (Shelby), line them up. I’ll knock them out and by the time I’m done with this division, everyone is gonna be calling me daddy.” 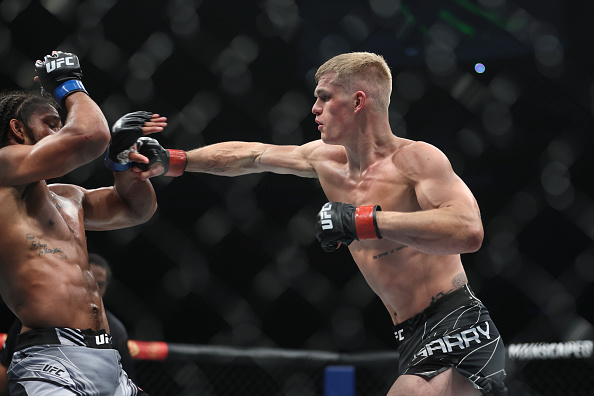 Cejudo took to Twitter after the fight to claim that Garry had taken his title as the 'king of cringe' due to his octagon interview.

“That’s it everybody, Ian Garry just stole my title of king of cringe!"

The 35-year-old has a history of poking fun at Irish UFC fighters. The 2008 Olympic Gold medalist was called a "skid mark" by Conor McGregor last week as he told Cejudo to stop messaging him.

That’s it everybody, Ian Garry just stole my title of king of cringe! #ufc273

Cejudo (16-2-0 MMA record) later confirmed he has re-entered the USADA testing pool with the ambition to fight featherweight champion Alex Volkanovski, who was victorious in the UFC 273 main event against The Korean Zombie.


popular
Sean Dyche set to be named Everton manager after Marcelo Bielsa talks break down
Roy Keane flatly rejects longstanding perception of ex-Man United midfielder Paul Ince
Allianz National Football League Round 1: All the action and talking points
Roy Keane leaves ITV pundits in stitches after Pep Guardiola's pre-match interview
Conor McGregor hit by car ‘at full speed’ while cycling
Quiz: Identify these 15 football clubs that are not named after a place
RFU issue statement following backlash over decision to lower tackle height
You may also like
4 years ago
UFC reportedly set to release a number of fighters and scrap the flyweight divison
4 years ago
Demetrious Johnson thinks he suffered two serious injuries during historic defeat
4 years ago
Joe Rogan asked Daniel Cormier a very cheeky question following historic upset
4 years ago
Arguably the greatest champion in UFC history has finally been dethroned
6 years ago
Bizarre scorecard and unpopular decision made Dana White apologise to Henry Cejudo
6 years ago
WATCH: Demetrious Johnson proves himself a class above as he hands out meals to homeless people
Next Page