You have to feel sorry for Richie Smullen.

Undefeated Irishman Richie Smullen (3-0-1) did so well to get onto season 27 of the UFC's reality tv show, The Ultimate Fighter. The Arklow native was injured when he first heard of the tryouts for the show. However, he fit the criteria of being unbeaten and decided to pursue his dream of making the UFC.

With no funds for a flight, he was considering taking out a loan to buy a plane ticket. SBG teammate Artem Lobov, who informed him about the tryouts, actually paid for the trip and accommodation so that he could audition for the show. With a girlfriend and daughter back at home, Smullen told UFC.com that 'the Russian Hammer's gesture took a huge weight off his shoulders. 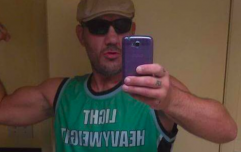 END_OF_DOCUMENT_TOKEN_TO_BE_REPLACED

So off Smullen went to Las Vegas, where he auditioned successfully to secure a place in the Ultimate Fighter house for six weeks of shooting. His first fight was set to be against 13-0 Costa Rican fighter Allan Zuniga. Unfortunately, the fight was scrapped the day it was set to go down.

END_OF_DOCUMENT_TOKEN_TO_BE_REPLACED

Smullen passed the pre-fight physical, but while warming up for the bout when he started feeling uncomfortable. As soon as the warm-up began, his calves started locking. He then asked his strength coach to massage his calves, but soon the discomfort turned to agony.

He tried to walk it off, but soon he wasn't able to stand. Coach Daniel Cormier failed with his attempted massage, so he brought his fighter to see the doctor again. The doctor had no explanation for the cramps and Smullen was given extra time to try to sort himself before the fight.

After the time ended, president Dana White paid him a visit. Once he saw that Smullen was unable to stand up, he called the fight off. Zuniga received a free pass to the next round via 'medical disqualification'.

The episode ends with Smullen backstage holding a towel over his head, crying. Cormier tried his best to console the Irishman as he received medical attention before being taken to the hospital.


popular
Talksport presenter puts Martin O'Neill to the pin of his collar over Declan Rice and Jack Grealish
World Cup Power Rankings: The top eight pundits of the tournament so far
Ariel Helwani shares Paddy Pimblett WhatsApp messages as spat becomes public
Rory McIlroy explains 'falling out' with Shane Lowry that lasted a few years
"There's no soccer, hurling, or rugby" - Kilcoo's secret to success
World Cup Power Rankings: The top 10 players at the tournament ahead of the quarter-finals
Roy Keane scores winning goal past Micah Richards in ITV v BBC pundits match
You may also like
5 years ago
This clash with Conor McGregor almost got Cody Garbrandt kicked out of the UFC
5 years ago
Hero Eddie Alvarez calms potential crisis perfectly
5 years ago
TJ Dillashaw may have went too far with absolutely classless dig at UFC champion Cody Garbrandt
5 years ago
WATCH: Cody Garbrandt has been at it again on The Ultimate Fighter
5 years ago
TJ Dillashaw has long overdue change of heart about nickname Conor McGregor bestowed upon him
6 years ago
QUIZ: If you can name 16/20 of these obscure Ultimate Fighter contestants you need to leave the house more
Next Page